Story
Zielona Gora erased an early deficit on the road and limited the home team to only 23 second-half points for its first victory since early February.

Darko Planinic led the way for the visitors with 19 points and six rebounds as Zielona Gora outrebounded PARMA 40-29 and held the Russian club to 38% shooting from the field (25-66).

Surprisingly, the early momentum belonged to PARMA, which was looking to reward the home fans with their second win in a month. Perm scored 29 in the opening period, including four 3-pointers, to go up by 15.

Zielona Gora stormed back with a 9-0 run to open the 2nd quarter and trimmed the deficit to one point, 33-32, on a Gabe DeVoe triple midway through the period.

Perm hung on for a two-point lead at halftime, 49-47, but the momentum had clearly shifted to the Poles.

The 3rd quarter was a rout. Zielona Gora played almost ideal defense, suffocating PARMA to the tune of five points, to grab its own 15-point advantage (69-54).

There would be no second comeback in the game. PARMA never regained its mojo, suffering a 20-point defeat at home, its third setback in a row.

Zielona Gora improves to 5-18 with the win, ahead of both PARMA and Tsmoki-Minsk in the race to avoid last place. PARMA drops to 4-19, a half game out of the cellar.

Stat
5,320 – this was the third-best attended game of the season.

Quotes
PARMA head coach Viacheslav Shushakov: “Today’s game showed that you need to hit open shots to stay positive, but they were missing, especially in the 3rd quarter. The team from Poland, meanwhile, hit big shots and found its rhythm. Our team did not have a leader that was able to carry the rest of the team.”

Zielona Gora head coach Igor Jovovic: “This was a very important game for both teams. We started the game out of sorts and played poorly in the 1st quarter because of soft defense and poor movement on the court. That allowed PARMA to take the lead.

After the 1st quarter, we discussed the situation with the team and found an answer. We became more confident on defense and got back in the game. That’s why we were able to find our rhythm in the second half and go up by as much as 23 points to earn the win. Congratulations to my team. I also want to thank the PARMA fans and the team itself for the outstanding atmosphere at the game.” 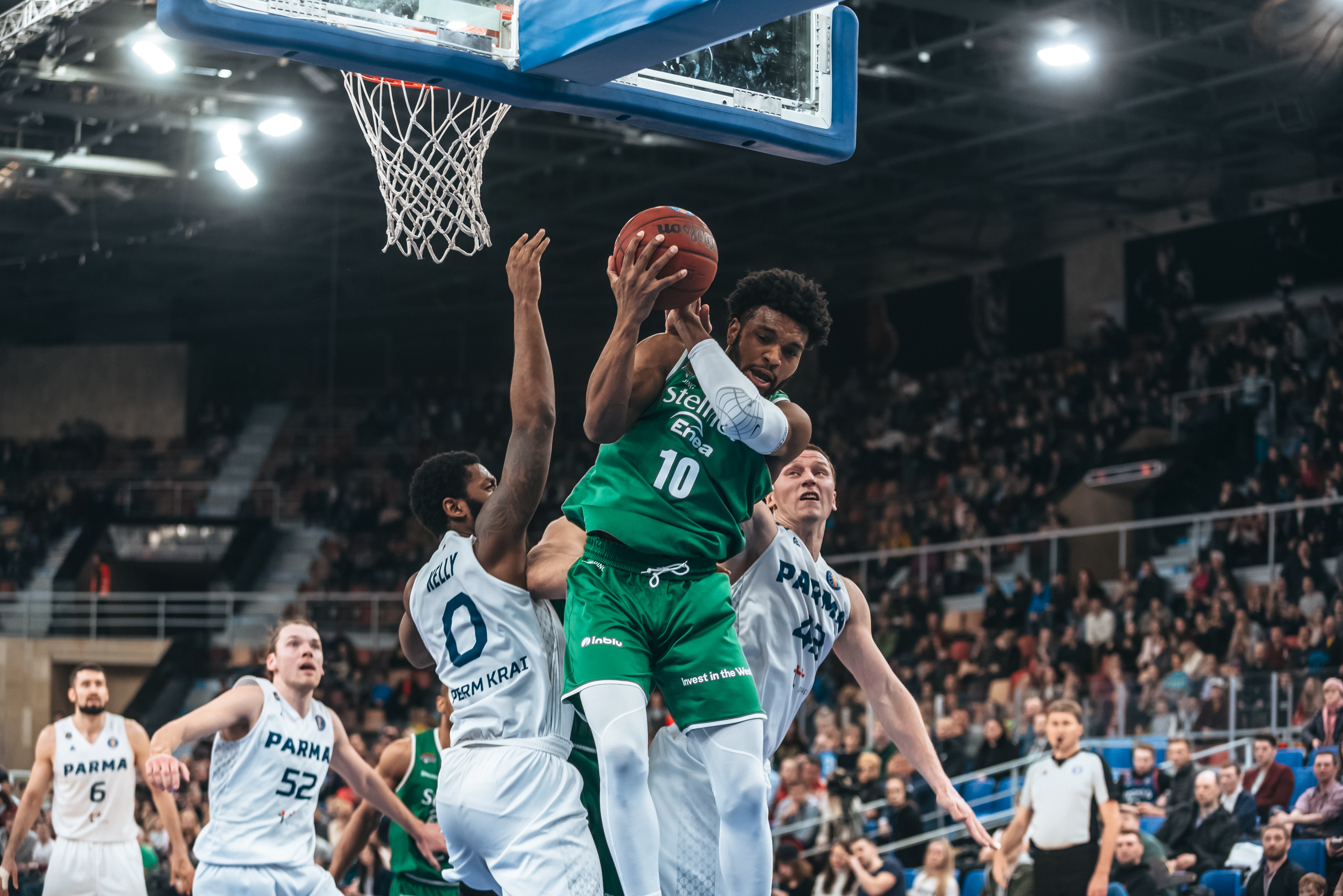