Evgeny Voronov and Philip Scrubb paced the home team with 16 points, while Jalen Reynolds scored 14 and pulled down eight rebounds.

After a competitive 1st half, which saw St. Petersburg take a 42-37 advantage into the locker room, Vasily Karasev’s men quickly took control in the 3rd quarter, opening with a 16-6 run.

Voronov (10 points) and Reynolds (6 points) did all the damage during the 16-point outburst.

The 83-71 win keeps Zenit in 4th place, 5-2, one game behind UNICS. Zielona Gora suffers a 3rd-consecutive defeat on the road but returns home for a pair of games beginning December 9. The Polish club is also now tied for 10th place with Nizhny Novgorod and PARMA, having dropped out of the top eight.

Stat
44-32 – Zenit’s advantage in the paint was identical to its final margin of victory (12).

Quotes
Zielona Gora head coach Igor Jovovic: “I think we can be proud of how our team competed today. But we “blanked out” a few times, especially at the start of the 3rd quarter. We led in the 1st quarter, but then we started attacking early in possessions and allowed Zenit to get back in the game very easily. In the 3rd quarter, our opponent scored 10 easy points. We didn’t respond and that proved decisive.”

Zenit head coach Vasily Karasev: “I’m grateful to the players. The guys gave everything they had, especially in the backcourt, which had to take the bulk of the load. It’s hard because we’re playing every three days. There’s no point expecting a super-exciting or pretty game right now. The important thing today is that everyone on the court supported each other.” 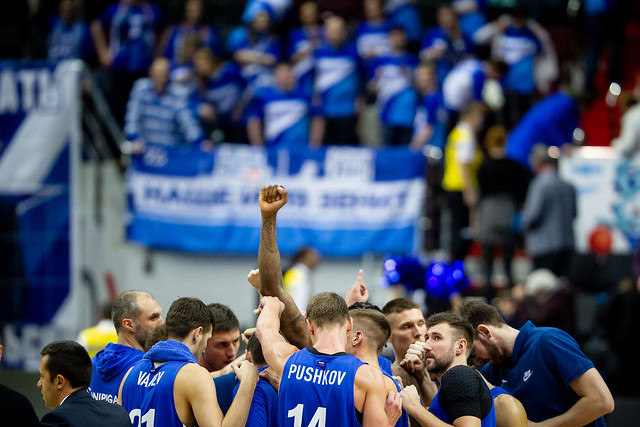