Story
Zenit St. Petersburg made it two wins in a row, blowing out Zielona Gora on the road behind big performances from Jalen Reynolds and Codi Miller-McIntyre. Reynolds led the team in points (21) and rebounds (9), while Miller-McIntyre finished two rebounds shy of a triple-double as the visitors shot 56% from beyond the arc and controlled the game from start to finish.

Zielona Gora had lost three in a row entering Sunday to drop out of the playoff hunt. The home team’s struggles continued vs. the Russian visitors. Zielona Gora was outshot 56-22% from beyond the arc and outrebounded 40-28, the two biggest reasons for the lopsided loss.

St. Petersburg never trailed, outscoring the Poles 24-14 in the 1st quarter before streaking to a 22-point advantage at halftime. Leading 28-20 early in the 2nd, Reynolds and Miller-McIntyre combined for a 7-0 run that shifted the momentum decisively in Zenit’s favor.

Zielona Gora never got the deficit below double digits the rest of the way, dropping its fourth straight game, including three in a row at home.

Zenit improves to 12-7, tying Astana in the standings for 5th place and moving within one game of Lokomotiv-Kuban for 4th and home-court advantage in the first round of the playoffs.

Stat
+14 – Zenit’s advantage in points off turnovers. Zielona Gora only gave the ball away 12 times, but the visitors capitalized, scoring 16 points off the miscues.

Quotes
Zielona Gora head coach Igor Jovovic: “We played two days ago in the Polish league and it wasn’t easy to recover and prepare for Zenit. We made bad decisions today. We simply didn’t react properly to what happened. We need to play smarter against teams at this level.”

Zenit head coach Joan Plaza: “I’m one of those people who is never happy. Today we controlled the game, but made mistakes, which shouldn’t have happened. It’s not easy to win on the road by 30 points.” 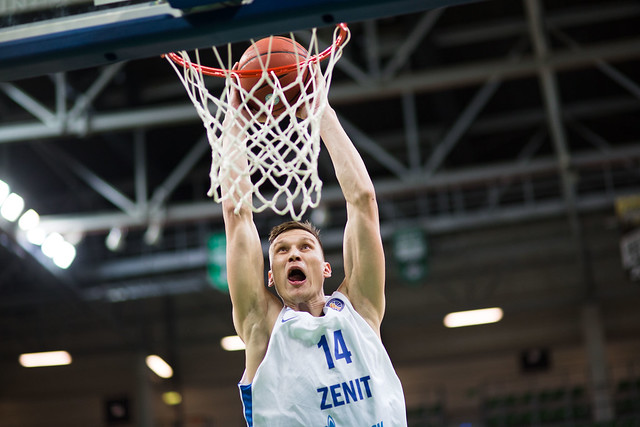