Story
Zenit won a thrilling Game 4 at home to punch its ticket to the semifinals in front of a big crowd at the SIBUR Arena.

Playing a desperate Lokomotiv-Kuban, which needed to win to bring the series back to Krasnodar for Game 4, St. Petersburg escaped with the victory thanks to huge shots down the stretch from Evgeny Voronov and Jalen Reynolds.

In a game that featured an astounding 27 lead changes and 13 ties, neither team was able to feel comfortable at any point in the contest. Zenit was slightly more in control, opening up several five-point leads in the first half.

But Krasnodar led much of the third quarter and only a 3-pointer from Marko Simonovic to end the period put the Blue, White and Sky Blues back on top, 65-64, entering the fourth.

With three minutes to go in the game, Moustapha Fall connected on one of two free throws to knot the score at 76-76 for Krasnodar.

Nearly a minute later, Simonovic, who scored a game-high 22, knocked down what would prove to be the go-ahead 3-pointer, 79-76.

After Loko pulled to within one, Voronov connected on another triple, 82-78 in favor of Zenit.

The Railwaymen clawed back to within a point, 83-82, with 30 seconds to go, setting up a huge possession for the home team.

After draining the shot clock, Philip Scrubb found Reynolds in the paint, who scored to stretch the lead to three.

With only 10 seconds left, Zenit played the foul game the rest of the way, preventing Krasnodar from attempting a game-tying three. The strategy worked. Voronov knocked down two free throws to keep Loko at arm’s length.

The visitors did have one final chance with 0.6 on the clock, trailing by two. But Dmitry Kulagin’s in-bound pass was deflected by Evgeny Valiev and the northerners celebrated a hard-fought semifinal berth in front of the raucous home fans.

Krasnodar’s season is over with the defeat. St. Petersburg moves on to play number one seed CSKA in the next round.

Quotes
Zenit head coach Joan Plaza: “Perhaps we didn’t match the expectations of those who thought Lokomotiv would win the series easily. Now I’m happy and don’t want to think about CSKA until tomorrow morning, at least. How will we celebrate? We might go on a cruise down the Neva.”

Lokomotiv-Kuban head coach Bob Donewald: “Congratulations to Zenit on the win. This entire series was one big battle and we fought for every loose ball today. Unfortunately, big shots at the end helped our opponents win the fourth game and with it the series. Loko really missed Dmitry Khvostov in this quarterfinal series, but we aren’t looking for excuses. We competed and we lost.” 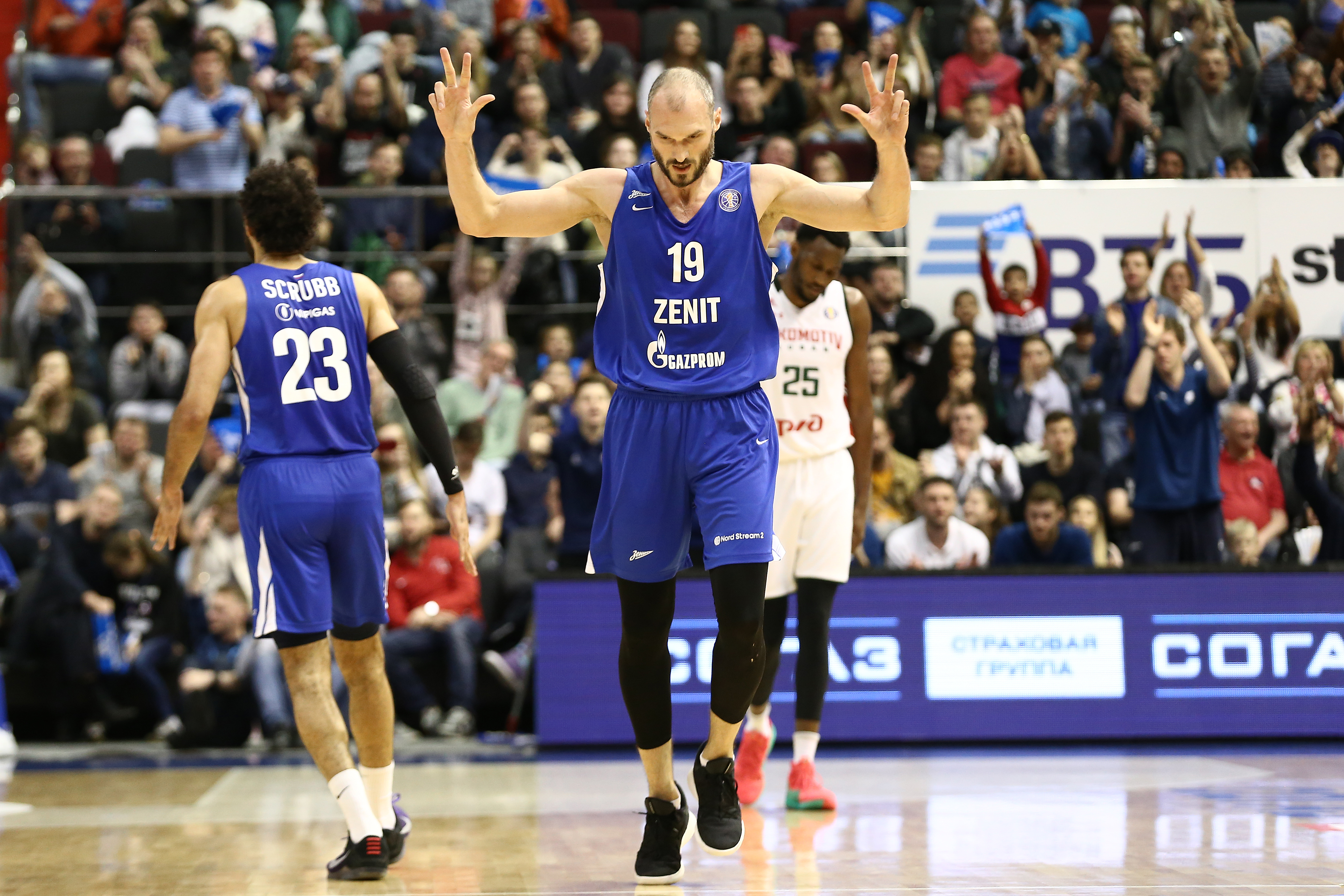