The regular season is over and now the top eight teams turn their attention to the playoffs. That makes this the perfect time to recap the biggest stars from the regular season and determine who could be in line for the coveted MVP award. 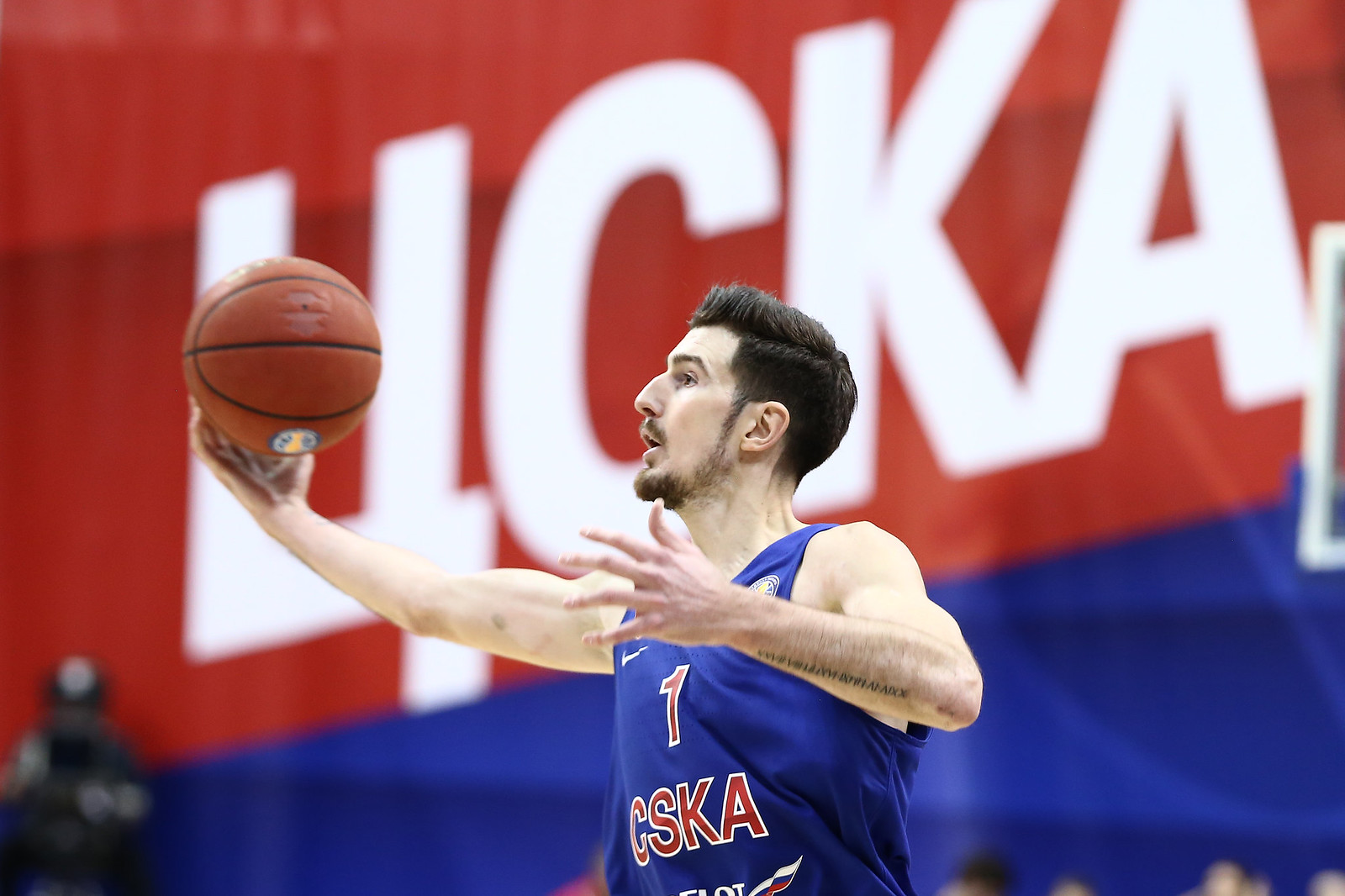 The three-time VTB League MVP delivered again this season, guiding Dimitris Itoudis’ club to another regular-season title. Nando De Colo led the team in points and the entire League in free-throw shooting (95.3%). The French guard showed why he’s one of the most dangerous scorers in Europe with his ability to read defenses and pick the right moment to shoot or pass.

The stats back De Colo up: He made almost half of his three-point attempts (47.8%), good for 3rd in the League. De Colo mixes perimeter shooting with an ability to drive the basket, while dishing out assists to teammates who are open to score.

He played his best game of the season in Saratov. Avtodor was still in the playoff hunt at the time and led by 18 points in the 4th quarter. Nando De Colo took over, helping the Army Men force overtime with a miracle comeback and go on to win. The guard finished with a career-high 41 points. 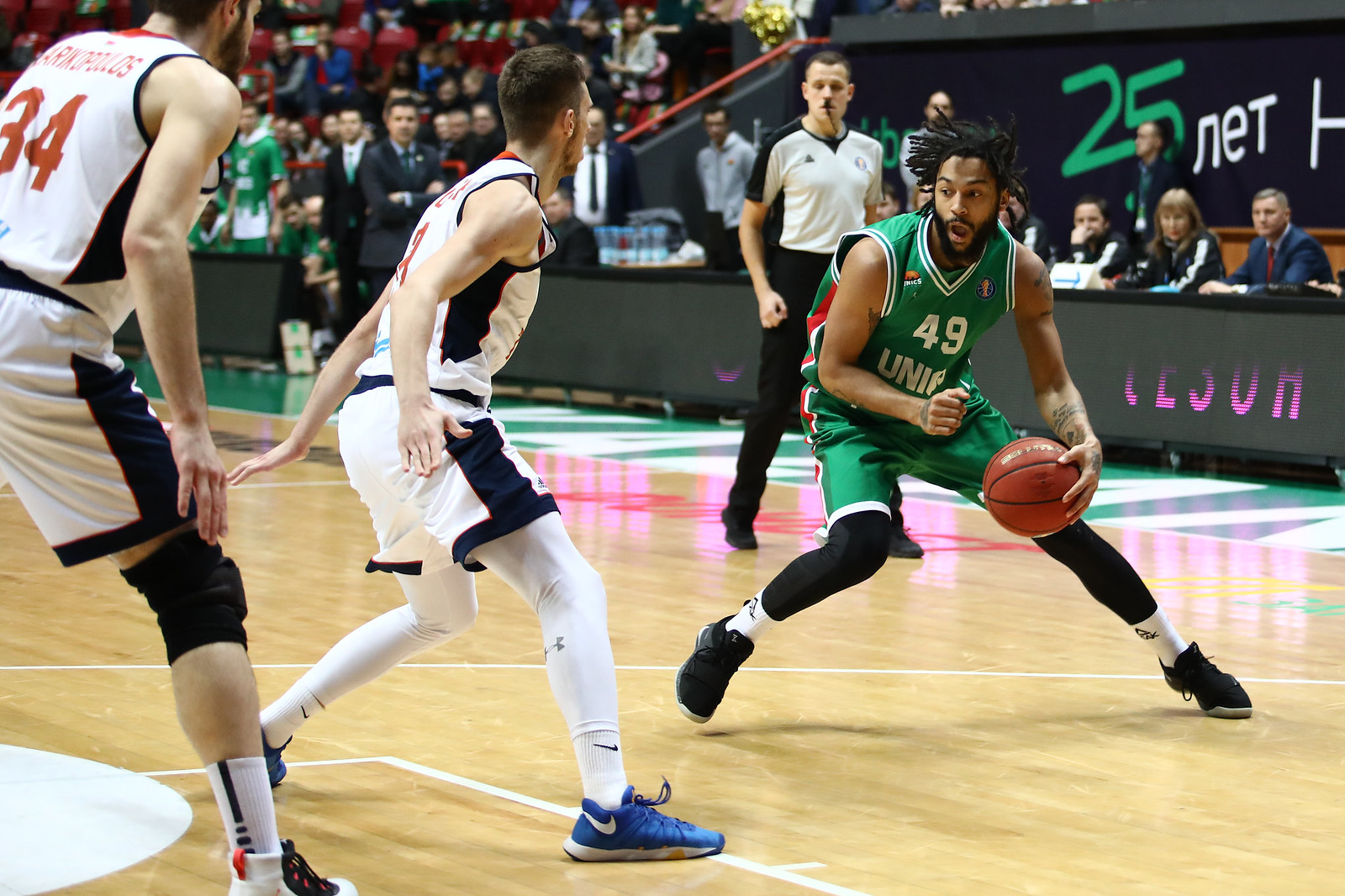 Pierria Henry was signed to replace Quino Colom, but that didn’t mean he was expected to be a clone of the Spanish playmaker. Dimitris Priftis’ system emphasizes defense, and Henry has been a valuable piece of the puzzle, both for his one-on-one abilities and ability to switch and bail out teammates. He missed eight games due to a variety of injuries, during which UNICS gave up average of nine more points per game (80.6) than with him on the roster (71.3). Kazan, of course, finished the season as the League’s top defensive team.

On offense, Henry also plays an important role. He’s the starting point guard, averaging a team-best 4.3 assists per game. But he can also score on his own when necessary.

Prior to the All-Star break, UNICS picked up one of the biggest wins of the season, defeating CSKA at home, 71-68. Pierria Henry was the star for Kazan, scoring 12 points in the 4th quarter. He ended up being named February MVP, in part for that performance. 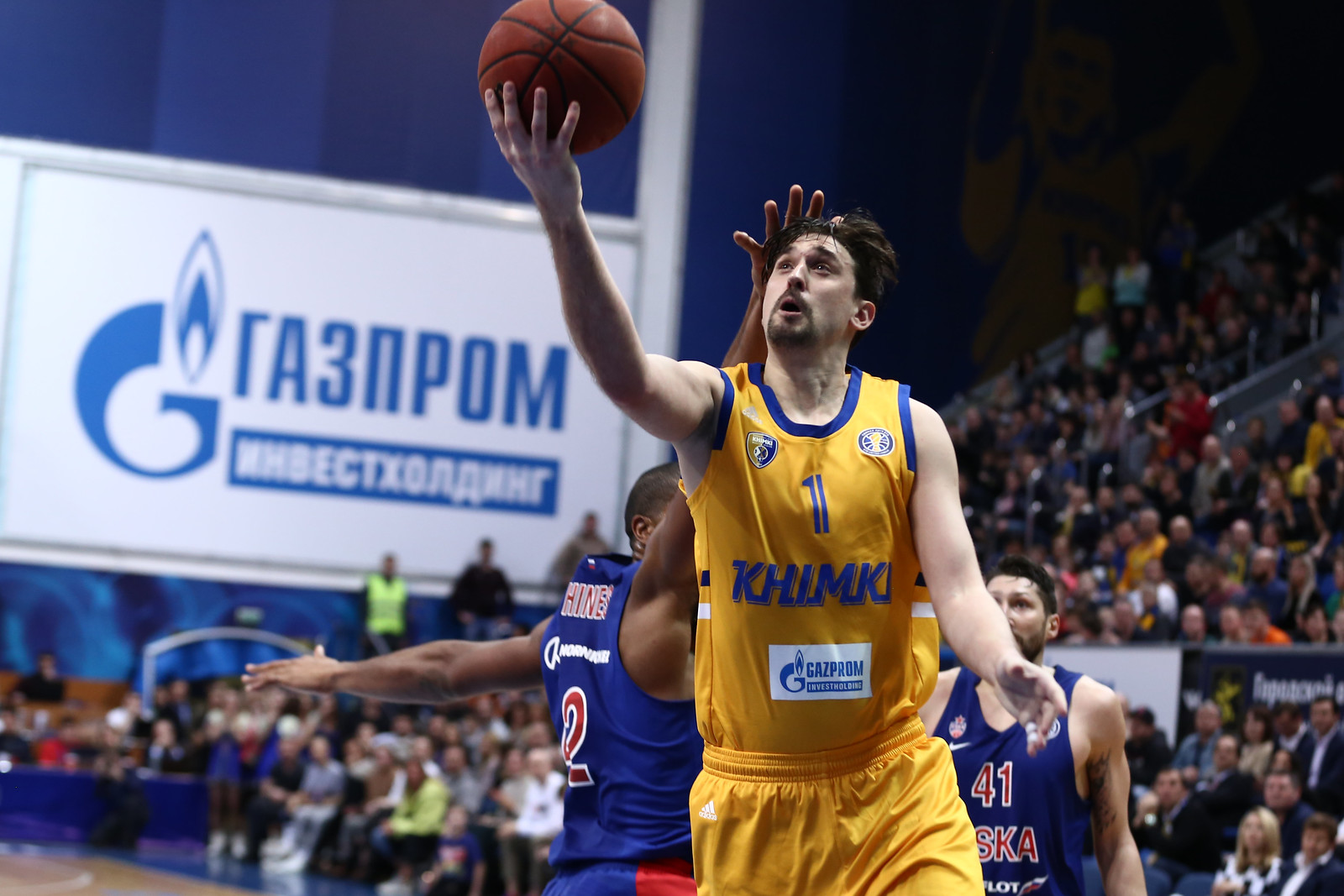 Alexey Shved is the best player on his team. Khimki’s entire offense is built around the guard who’s almost impossible to stop one-on-one, since no one knows that he’s planning next: driving to the basket, pulling up for a jumper or passing to an open teammate.

So it was not surprising that Khimki’s season went downhill after he got injured. The Yellow and Blue were among the League leaders in offense to start the season and shared 1st place with CSKA, but fell behind UNICS and struggled to stay in 3rd place without Shved. The stats are eye-popping: 14-1 with Shved, 6-5 without him.

When he was healthy, Shved had no trouble living up to his reputation as one of Europe’s top scorers as he became the first player in League history to win the scoring title in back-to-back seasons.

Alexey Shved wasted no time in his first game back, scoring 37 points on Khimki’s biggest rival as Moscow Region broke through in overtime. His 37 points were a new career high in the League, coming on 31 attempts. 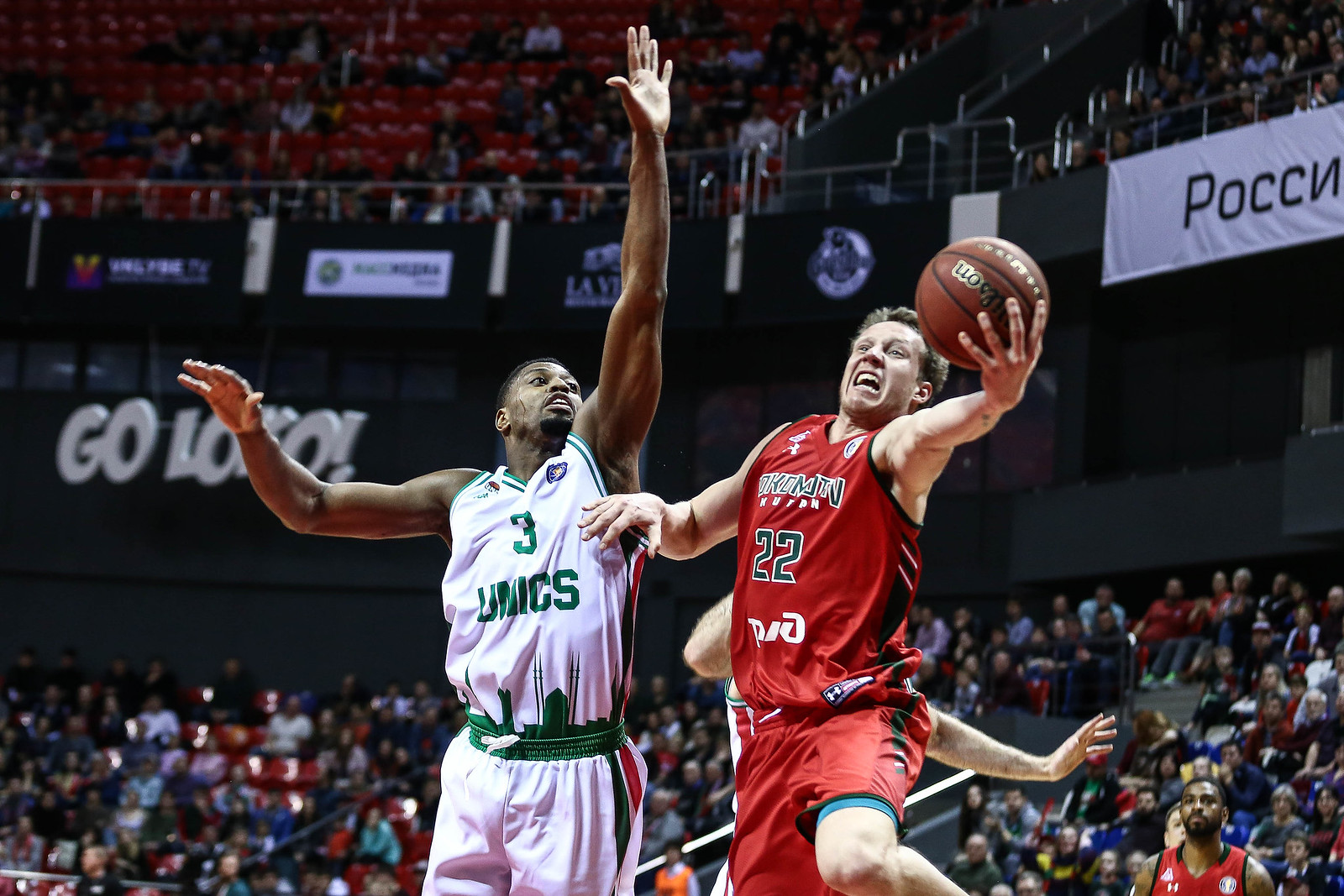 Dmitry Kulagin continues to develop into a multi-faceted player at Lokomotiv. Last season, he won Defensive Player of the Year and was nominated for Sixth Man of the Year. During this season, he became the primary option on offense and was forced to handle point guard duties after Dmitry Khvostov was injured. Kulagin averaged more than eight assists per game in his final four appearances.

He’s the unquestioned leader in Krasnodar, impacting both ends of the floor and never afraid to take big shots when the game is on the line.

Loko did not get off to a very good start, but gradually found its stride, nearly catching 3rd-place Khimki by the All-Star break. Krasnodar won the first meeting between the two teams, 84-82, with Dmitry Kulagin nearly posting his first triple-double: 17 points, eight rebounds, eight assists. He also had the biggest assist of the game, finding Dorell Wright for a clutch 3-pointer. 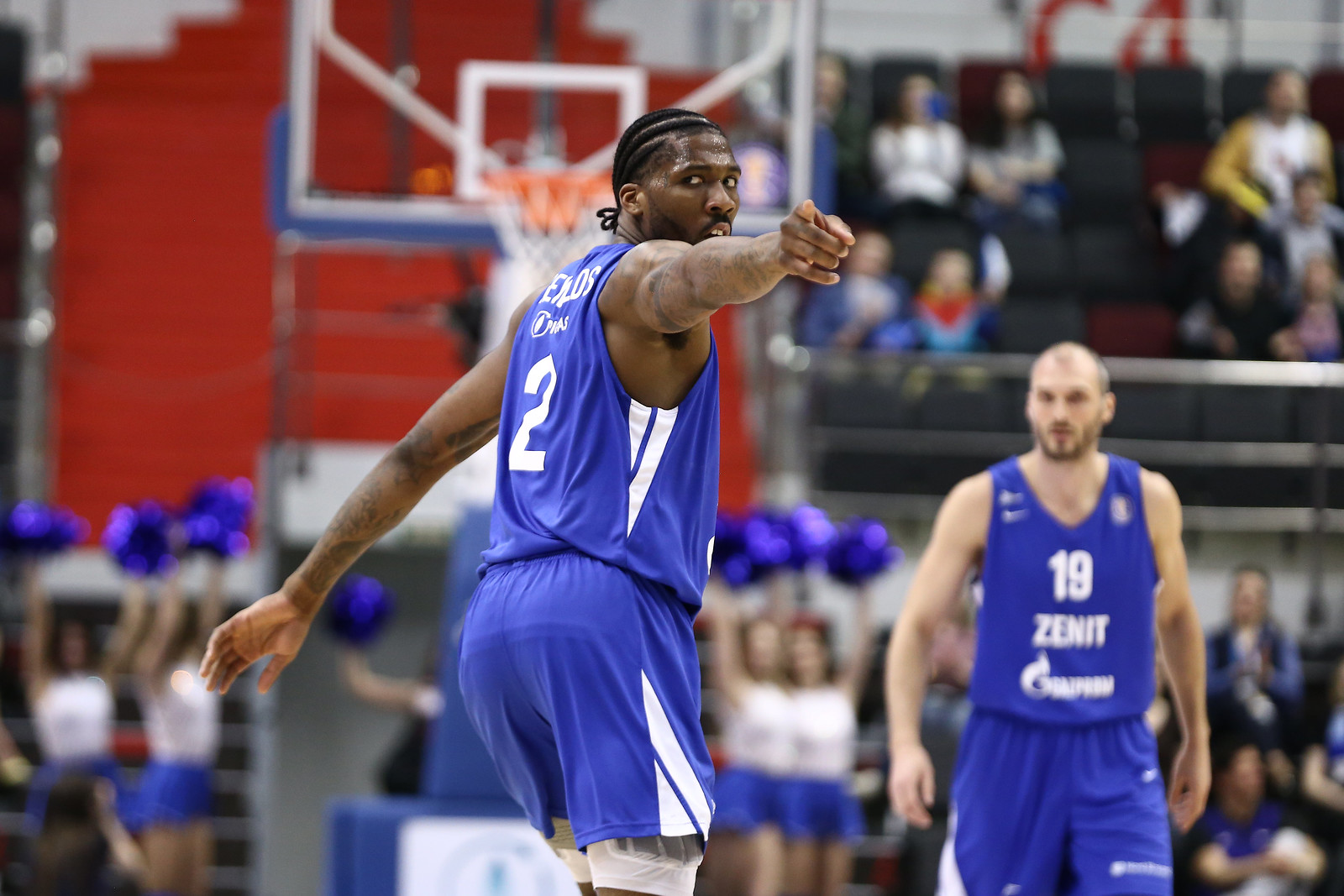 Jalen Reynolds was yet another smart acquisition by Zenit this offseason. He fairly quickly earned the status of the team’s best player and finished first in points (17.3) and rebounds (8.2). Reynolds is one of the most electric players in the League, never afraid to hide his emotion and pump up his teammates and the crowd.

Thanks to an unbelievable physique, the center is nearly unstoppable around the rim, while his mid-range jumper stretches the defense and opens up the paint. Zenit’s offense runs primarily through Reynolds, which was painfully obvious in April. Out for two games with a suspension, his team lost to Kalev and Lokomotiv, while scoring 80 and 78 points, respectively, despite a season average of 88.5! 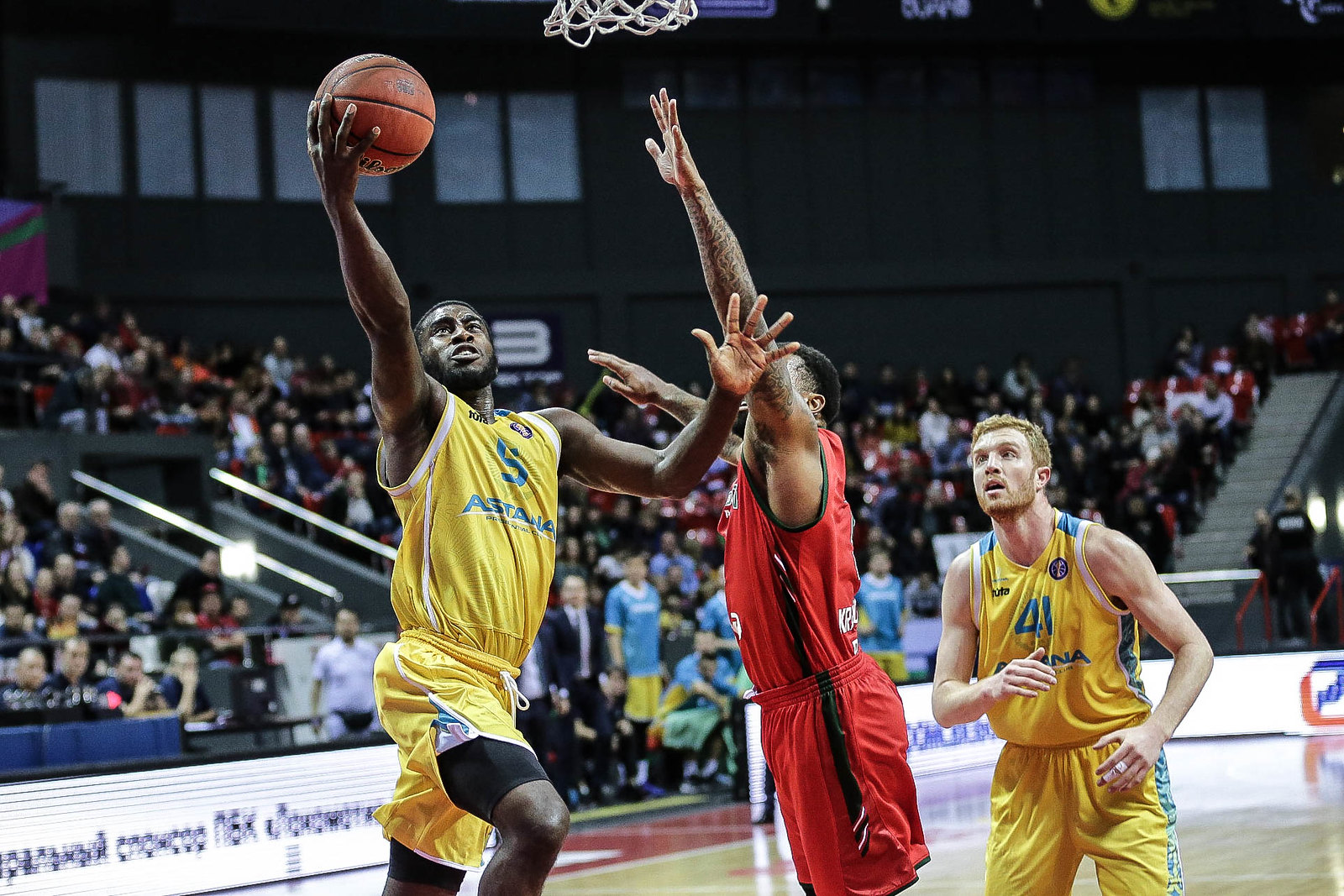 The club from the Kazakh capital turned out to be the biggest surprise of the season. Many attribute Astana’s success to the work of head coach Emil Rajkovic, but his players also deserve credit. Anthony Clemmons, who’s playing his second season in the League, got the team rolling to start the season and was the biggest star until New Year’s. After leading Astana to wins over Loko, Kalev and Avtodor in December while averaging 22 points, seven rebounds and 5.7 assists, Clemmons was named the monthly MVP.

Astana added Stephen Holt during the season, which helped relieve some of the pressure on Clemmons. But the guard remains a key member of the rotation as the starting point guard.

Astana shocked everyone in Krasnodar, crushing Loko 90-71 on its home court in December. That was the first-ever victory for the Kazakh club at the Basket Hall. Clemmons was unstoppable, finishing with 30 points, 10 rebounds, two steals and 4-7 from beyond the arc. He only missed 28 seconds of action in the upset. 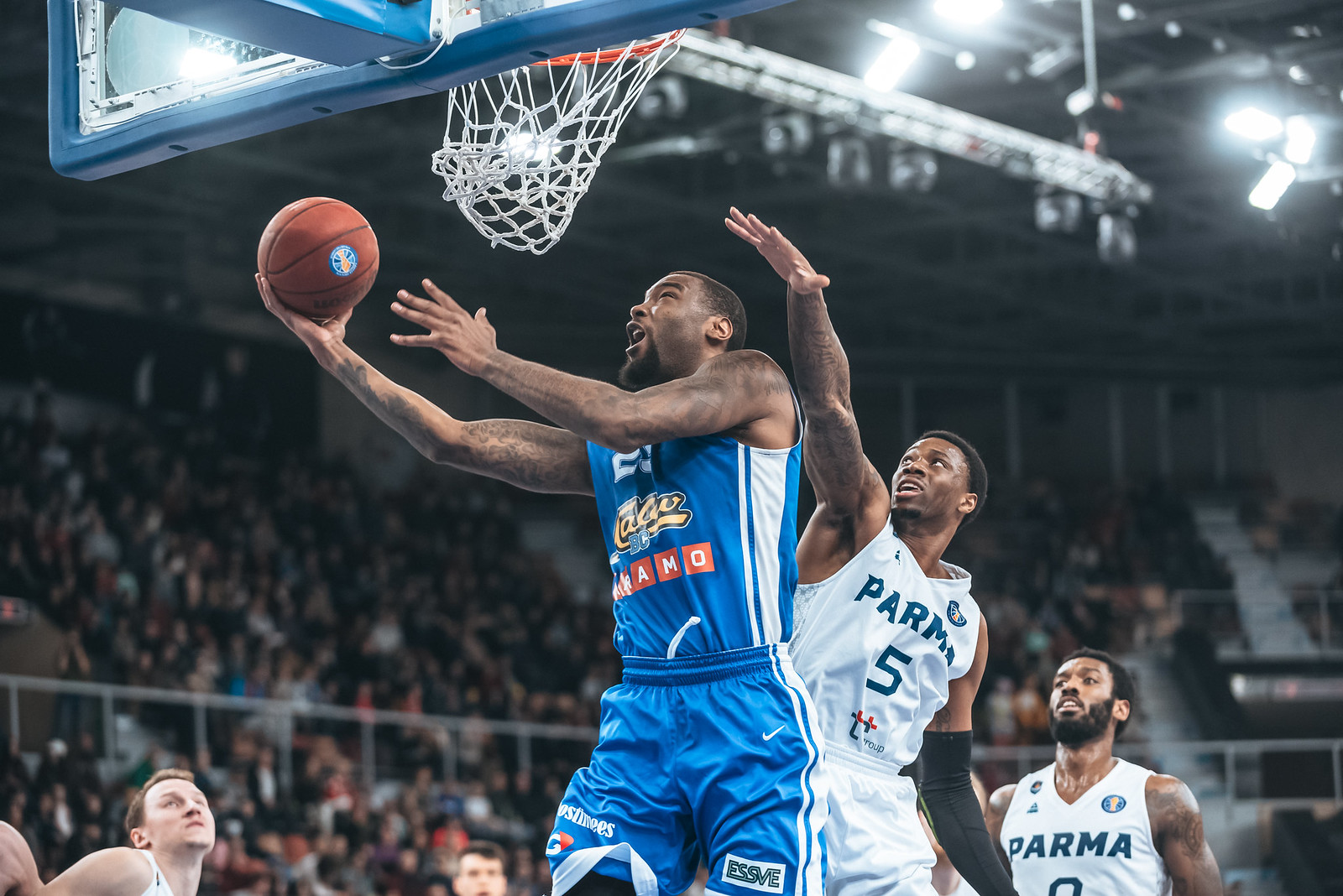 Kalev was the other surprise team this season, advancing to the postseason for the first time in 10 seasons. Arnett Moultrie, who signed with Tallinn in December, quickly became the number one option on offense. The forward doesn’t shoot from outside, but he has a dangerous mid-range jumper (63.8% inside the arc, 4th-best in the League) and pulls down 2.7 offensive boards per game (3rd-best) to clean up teammates’ mistakes.

Moultrie was among the League leaders in scoring much of the season, but ultimately finished behind Alexey Shved. During the second half of the season, the forward scored 20 or more points in nine straight games. Moultries was also the League leader in efficiency rating at 22.6 per outing. Not surprisingly, he won a monthly MVP award in April.

Arnett Moultrie scored 30 points in back-to-back games in March. Kalev lost the game to Khimki, before scoring a team-best 117 points in a rout of Zielona Gora. Moultrie finished with 30 points on 73.3% shooting to go with seven rebounds and a 32 efficiency rating.