Story
Lokomotiv-Kuban and UNICS battled for 2nd place only a few days after wrapping up a heated EuroCup quarterfinal series, which saw the Tatar club advance to the semifinals. Krasnodar was out for revenge in the first half, opening up a 15-6 lead in the first six minutes thanks to Vitaly Fridzon. The home team would take a double-digit lead into halftime, 42-32, behind terrific defense, limiting the visitors to 29% shooting and 0-5 from beyond the arc.

Loko’s lead ballooned to 16 early in the 3rd quarter, 48-32. UNICS had the answer. After a Dimitris Priftis timeout, Maurice Ndour, Melvin Ejim and Errick McCollum got the visitors going, sparking a 22-1 run to enter the 4th quarter with a 56-53 lead.

Turning Point
Lokomotiv and UNICS traded blows down the stretch, but Kazan held the upper hand, taking a 79-74 advantage on a pair of Ndour free throws with a minute remaining. Dmitry Khvostov cut the deficit to two with 47 seconds left, draining a clutch three. But the home team never got closer. Ndour answered with a dunk and the Red and Greens missed twice from beyond the arc before being forced to foul. Anton Ponkrashov only made one attempt, but that was enough to hold off the Railwaymen, who missed again from the perimeter.

UNICS remains in 2nd place with the win and now holds the tiebreaker over Lokomotiv-Kuban should the two teams finish the season tied.

Star
Maurice Ndour. The Senegalese forward was productive in the paint, shooting 9-14 in 27 minutes. He finished with 22 points, six rebounds and several big shots down the stretch.

Quotes
Lokomotiv-Kuban head coach Vlada Jovanovic: “We played well on offense in the first two quarters. But after halftime, UNICS switched to a zone and we weren’t able to solve it. Our possessions were rushed and unprepared. Plus, Loko played decent defense in the first half, but could not keep it up going forward. We changed our defensive schemes several times, but it didn’t help.”

UNICS head coach Dimitris Priftis: “In the first half, we couldn’t keep up with Loko’s tempo. The home team moved quicker, moved the ball better and got the lead as a result. After halftime, we were able to take control of those things. We shut down Loko’s fast breaks and stopped our opponent several times in the halfcourt. As a result, we got easy points going forward and were able to change the course of the game.” 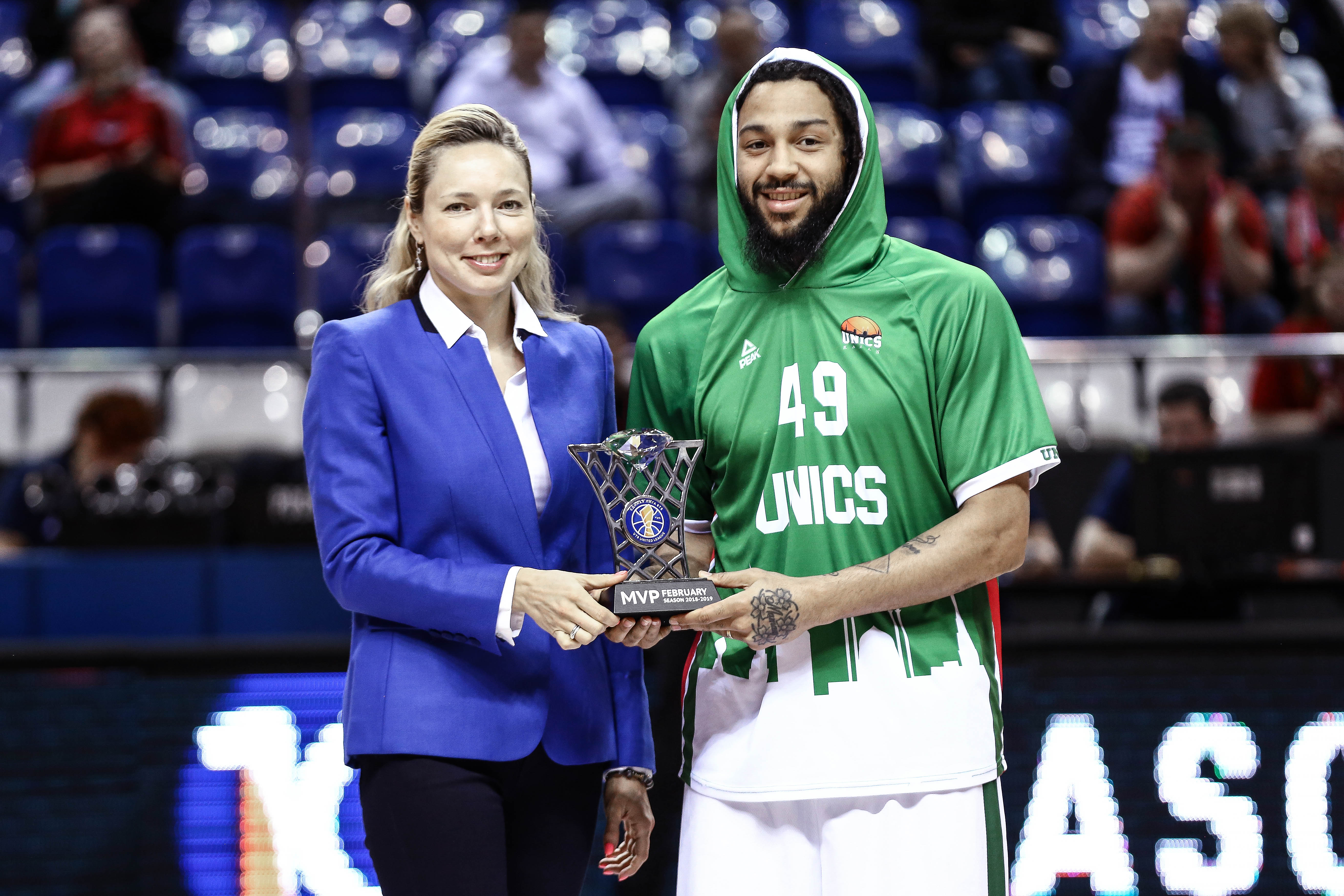