Story
Two mid-range jumpers from Anton Ponkrashov and Anatoly Kolesnikov, plus Pierria Henry’s 3-point shooting helped UNICS take a 10-0 lead. Minsk got a triple from Paliashchuk at the six-minute mark to end its drought, but those would be the only points scored by the home team in the opening quarter. The Belarusians went 1-17 from the field to go with three turnovers. Kazan took advantage, entering the 2nd quarter with a 21-3 lead.

Minsk knocked down its first five shots in the 2nd quarter before hitting another slump. The visitors were aggressive on defense and enjoyed big halves from McCollum, Henry and Sheleketo (11, 10 and nine points, respectively). By halftime, UNICS was on top by 29, 46-17.

There would be no comeback in the second half. The visitors continued to dominate, leading by as much as 40 in the 3rd quarter. Kazan would ultimately win by 42 points, 99-57, the largest margin of victory in the League this season.

Star
This was Maxim Sheleketo’s best game in the VTB League. The forward scored a game-high 18 and set career highs in points and 3-pointers (5).

Quotes
Tsmoki-Minsk head coach Rostislav Vergun: “We had a catastrophic start. Three points in a quarter is way too few. We can’t find a leader to put the team on his back. In basketball you have to make shots to be competitive. With this percentage of 3-point and mid-range shooting, it’s very difficult to expect a positive outcome. Congratulations to our opponent and we wish them luck in the future.”

UNICS head coach Dimitris Priftis: “This was a good game for us. We came here with respect for Tsmoki-Minsk and took the game seriously. We played at a high tempo from the start and were solid on defense, which allowed us to win. Good luck to Minsk in future games.” 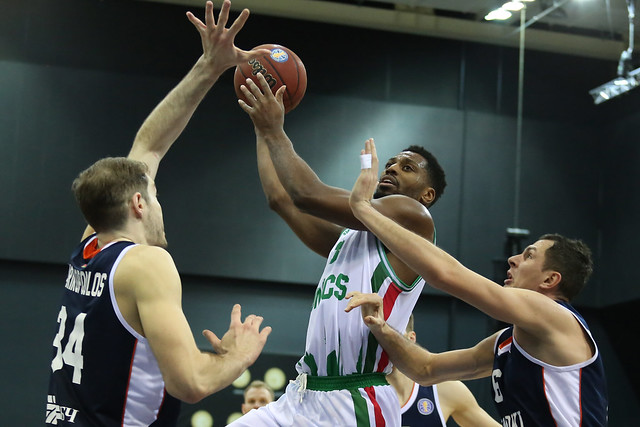