Story
UNICS overcome the absence of Jamar Smith and Errick McCollum in Latvia, stifling VEF’s offense in an impressive 30-point win. Raymar Morgan scored a game-high 21 on 8-10 shooting and the visitors limited Riga to only 18 second-half points to pick up their 16th victory of the season.

VEF, which was coming off a disappointing setback to Nizhny Novgorod, desperately needed a win to continue its playoff push. But a miserable shooting night (3-21 from beyond the arc, 40% overall) and 21 turnovers doomed the home team.

UNICS pulled away early, outscoring VEF 20-4 over the final six minutes of the 1st quarter to take a 14-point lead. Morgan scored 12 of his 21 points to jumpstart Kazan in the opening period.

Riga played its best basketball in the 2nd quarter, pulling to within seven twice late in the first half. The Latvians hit two of their three 3-pointers in the quarter and outscored the visitors 22-18.

But Evgeny Kolesnikov hit a big triple just before halftime to give Kazan momentum entering the locker room and the visitors re-asserted control in the 3rd quarter with better defense.

UNICS opened the second half by forcing three straight turnovers and quickly pushing the lead back to 14 (48-34). Kostas Kaimakoglou added a triple to give the visitors a 17-point lead as VEF failed to score until midway through the 3rd.

Leading by 15 at the end of the 3rd quarter, UNICS doubled its advantage in the final period by outscoring VEF 23-8.

The victory is Kazan’s 16th of the season and keeps the Tatar club in control of 2nd place.

VEF falls to 8-15 and likely needs to win its final three games to have any chance of making the postseason.

Stat
8 – number of Kazan players with seven or more points. Playing without two of its top scorers, UNICS played with impressive balance.

Quotes
VEF head coach Janis Gailitis: “This was a bad game for us, especially on offense. We played uncharacteristic basketball in the 4th quarter and stopped competing. That’s not acceptable and should never happen again. Yes, this was our fourth game in seven days, but that’s not an excuse to simply give the ball to the opponent. UNICS is an excellent team which just suffered a tough loss in the EuroCup. They had plenty of motivation today, which they proved on the court.”

UNICS head coach Dimitris Priftis: “After our setback in the EuroCup, today wasn’t easy. We needed to regroup, especially mentally. We managed to do that in Riga. We treated our opponent with respect. VEF has looked very good over the past two months. We started aggressively today and were steady on defense, especially in the second half. In the end, we got a win and now our goal is to play with this level of confidence for the rest of the season.” 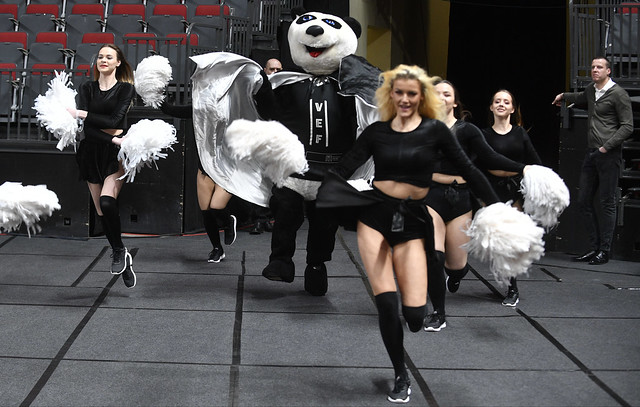