You don’t have to start to have an outsized impact on the game. Every VTB League team has a threat on the bench, someone who can give the offense a jolt and sometimes shift the momentum in a game.

We bring you the best sixth men in Season X of the VTB United League. Players must have started more than half of their games on the bench. 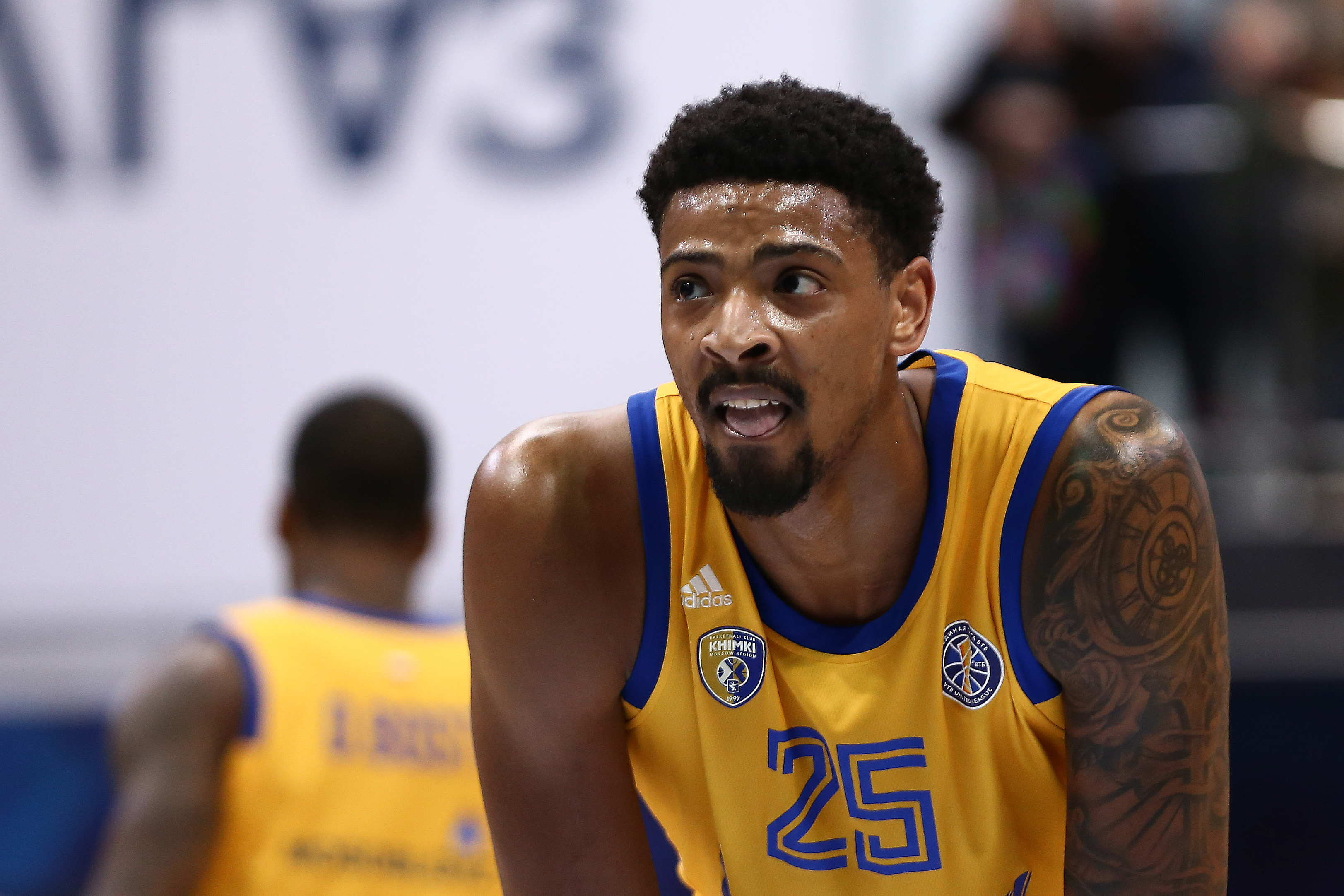 It’s not that easy to be a star at Khimki, when you already have Alexey Shved on the team, the center of attention for both fans and media. Jordan Mickey, who joined the club this summer, can attest.

Georgios Bartzokas saw Mickey as a starter, but after four games moved him to the bench. Mickey needed time to make an impact. Playing his first season in Europe, he struggled with consistency early on. That’s why the sixth man proved a better fit. He gave the team a boost of energy and played hard at both ends of the court. Thanks to his 3-point shot, he was able to stretch defenders on the perimeter, leaving space for the guards to drive the paint.

After the international break in the autumn, Khimki lost two stars–Alexey Shved and Anthony Gill–to injury. Mickey took on the role of star player. Over the next 12 games, the forward never scored fewer than 10 points, and put up at least 20 in seven games. Khimki changed coaches and Alexey Shved returned, but Mickey found his game and continued to play at a high level.

After his performance against CSKA (37 points), Alexey Shved did not play his best against Kalev. The Estonians are dangerous enough this season to surprise anyone and the game at home vs. Khimki could have finished in disaster for the Russians. With four minutes to go, the score was tied, 84-84. But Tallinn fell apart down the stretch and Khimki secured a hard-fought road win.

Jordan Mickey led the visitors. Coming off the bench, he terrorized Kalev down low. The forward only missed two of 11 shots, scoring a season-high 25 points and finishing with a 34 efficiency rating. 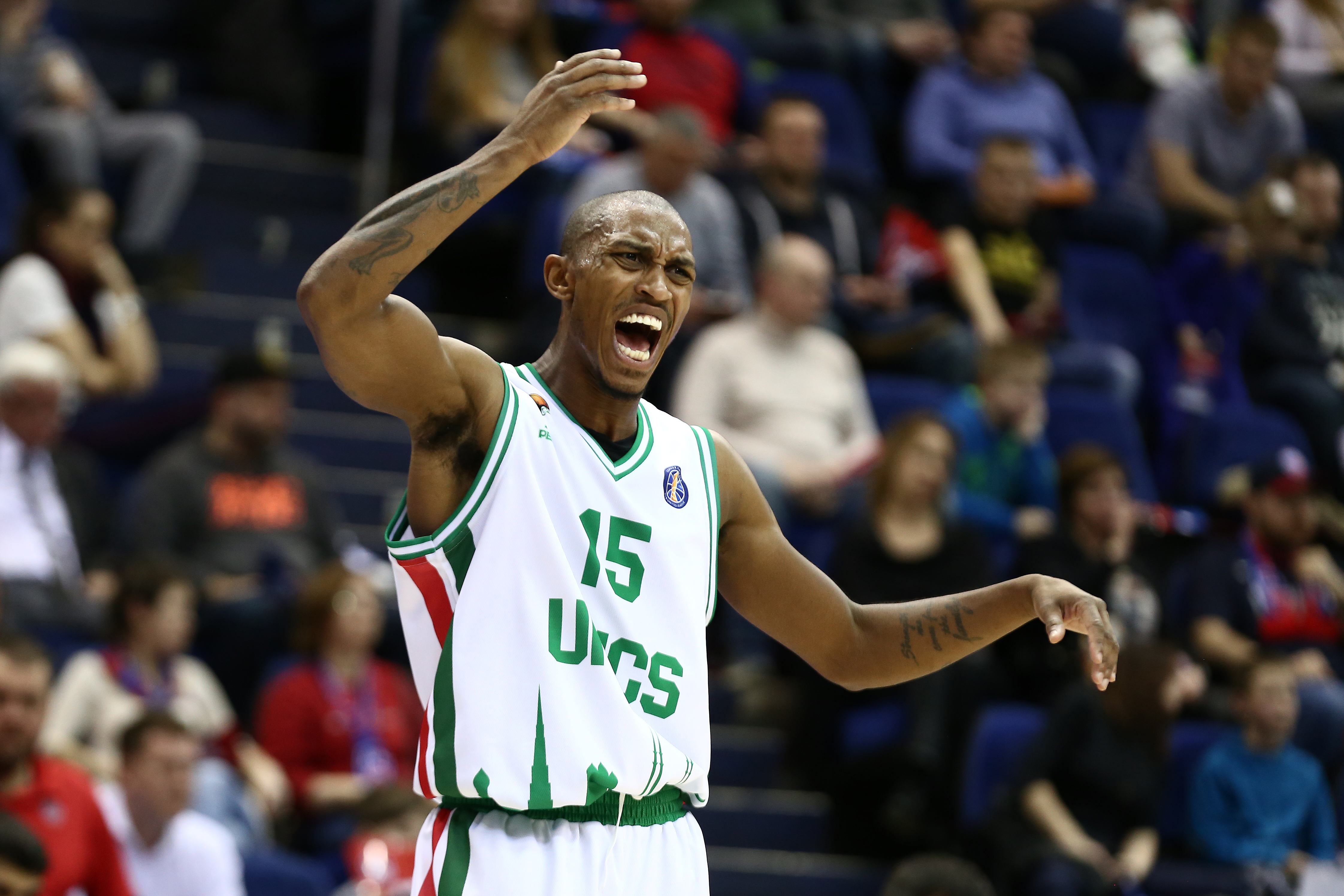 UNICS does not have a clear-cut leader, but that does not mean there aren’t any stars. Five players are averaging more than 10 points and after the win over CSKA, Kazan is the favorite to win the regular-season title.

Everyone found out about Jamar Smith last season. He’s a speedy guard with a quick release and a dangerous outside shot. The difference this season is that now Smith is Dimitris Priftis’ primary threat off the bench. A year ago, he started in 14 of 29 games, but now he’s only done it twice in 20 appearances.

Due to reduced playing time (23.5 minutes vs. 29.2 last season), almost all of his stats have declined, but Smith remains one of the most dangerous players on the perimeter. He knocks down 45.5% of his attempts (4th in the League).

Kalev, which is fighting for its first-ever playoff appearance, came back from 10 points down in the second half in Kazan and went up by four midway through the 4th quarter. Unfortunately for the visitors, Jamar Smith was not going to lose. The guard hit three straight 3-pointers at the end to give UNICS the lead. His 3-pointer with a minute left effectively decided the outcome. Smith finished with 24 points on 5-8 shooting from downtown. 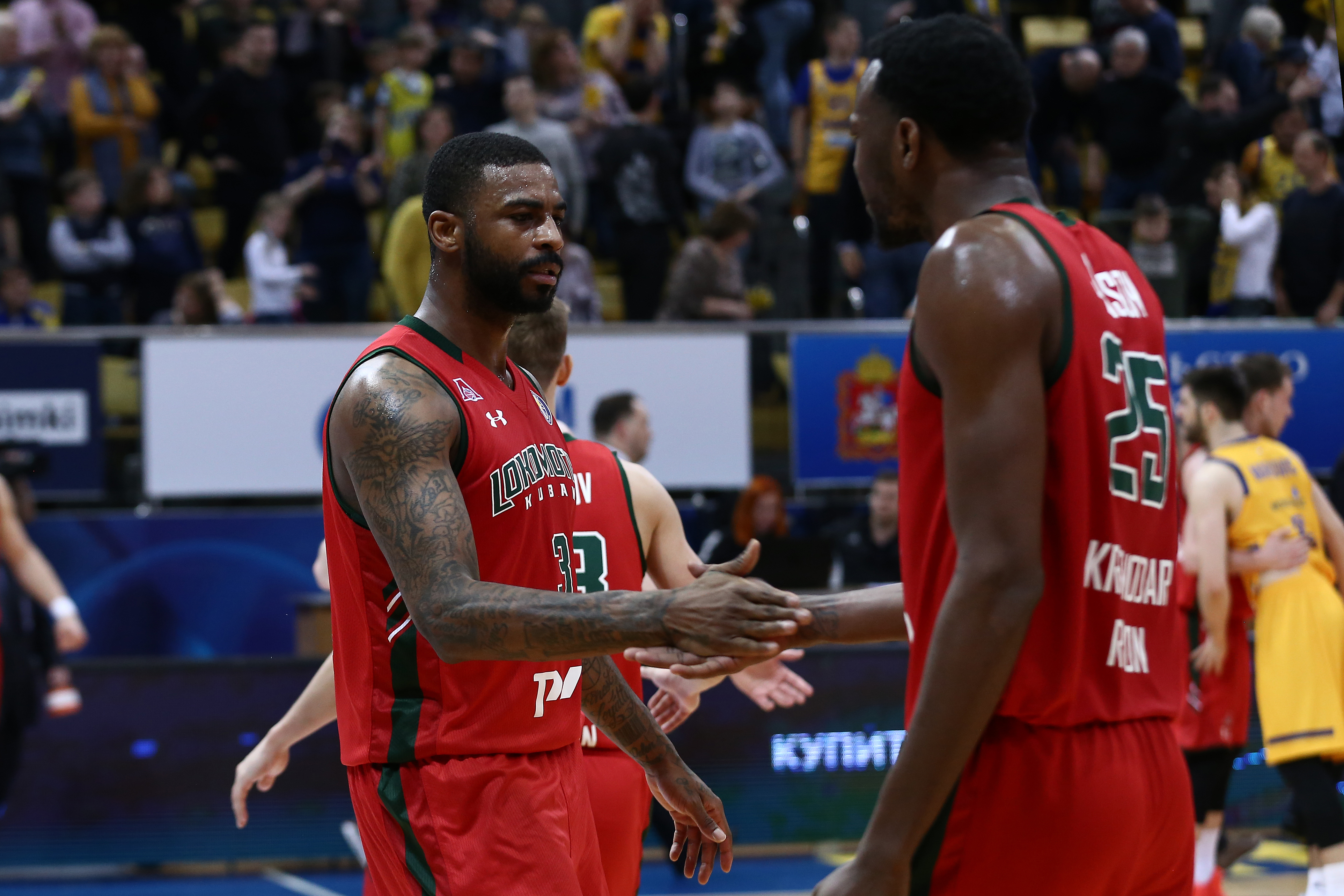 Loko has been inconsistent this season. Bob Donewald is already the third head coach in six months and Krasnodar is unlikely to finish higher than 4th. At the same time, Krasnodar assembled a talented roster at the start of the season, including Russian national team stars and ex-NBA’ers.

One of those signings was Dorell Wright. The 33-year-old forward with NBA experience has played abroad for several years and knew the European game. At Loko, Wright is an important part of the rotation, bringing fresh legs off the bench. The three-point shot is his biggest weapon. The forward is ranked among the top 10 snipers this season, averaging more than 44% from beyond the arc. Once Wright gets going, he’s almost impossible to stop.

For example, Avtodor Saratov could not stop the American forward. Loko trailed by four points entering the 4th quarter and regained the lead with Dorell Wright’s help as he scored nine points.

Including four 3-pointers, Wright finished with a season-high 27 points. 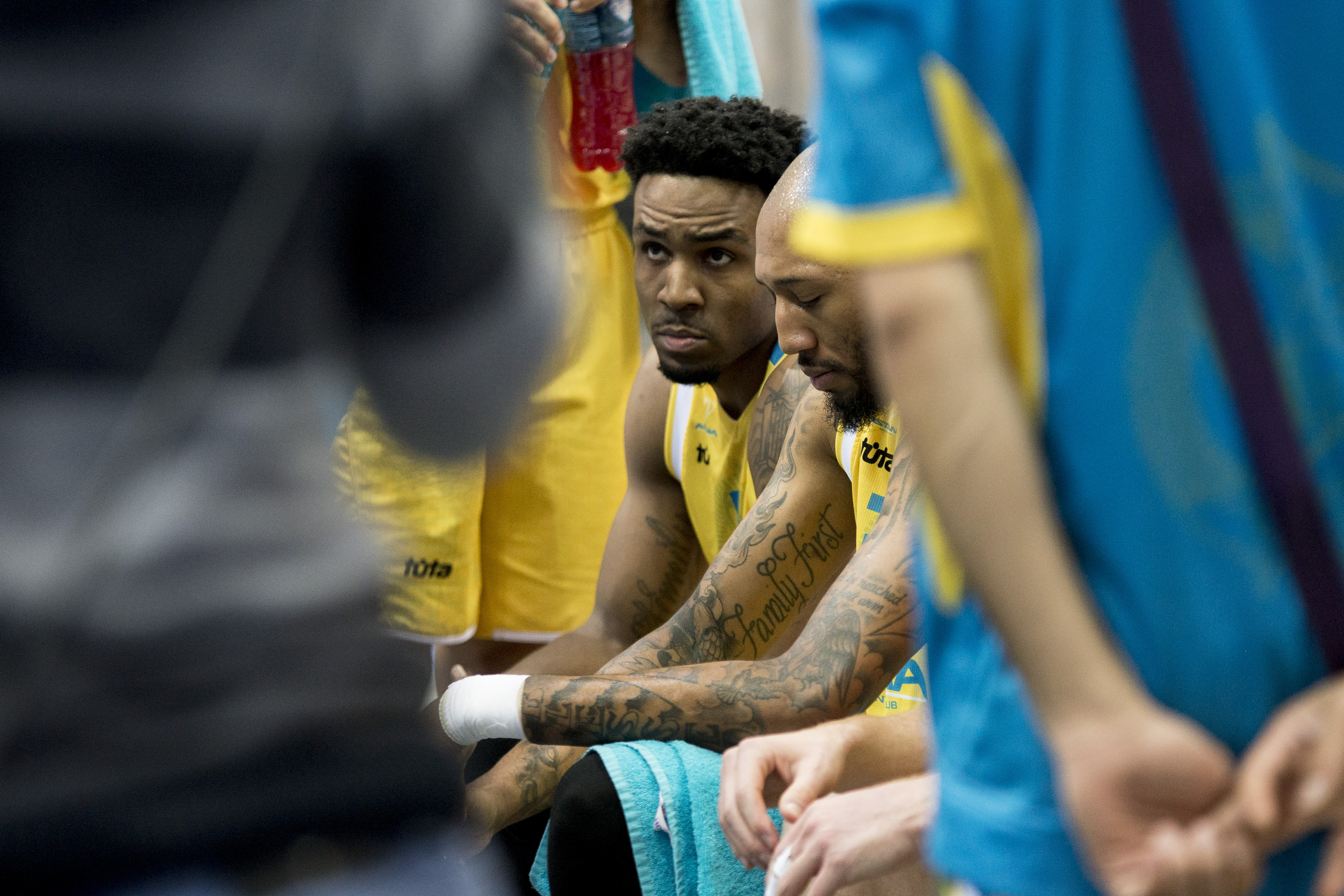 Astana has earned a lot of praise this season. The Kazakh club has already broken its record for wins and could still finish above several of the League’s biggest teams in the standings. Foreign players lead the way at Astana: Anthony Clemmons won the December MVP, J.J. O’Brien is one of the top 10 scorers in the League and Ken Horton is among the best rebounders.

Michael Jenkins is not as easy to find in the top-10 lists. He doesn’t have any eye-popping stats and is typically overshadowed by his teammates. But he’s the only player on his team to average more than five 3-point attempts per game (5.43). Overall, he’s an incredibly important member of Emil Rajkovic’s army.

The guard’s greatest strength is his consistency. Since the first game of the season, he has embraced the bench role. Amazingly, he’s scored fewer than 10 points only twice in 21 appearances. The guard is not afraid to seize the initiative and put up points.

His ability to keep his poise during big moments was never more evident than the road game vs. UNICS. Throughout the game in Kazan, Jenkins helped Astana stay close before scoring 11 points in the 4th quarter, including eight in the final 70 seconds. In the end, the Kazakh club secured a big upset and Jenkins finished with a season-best 24 points. 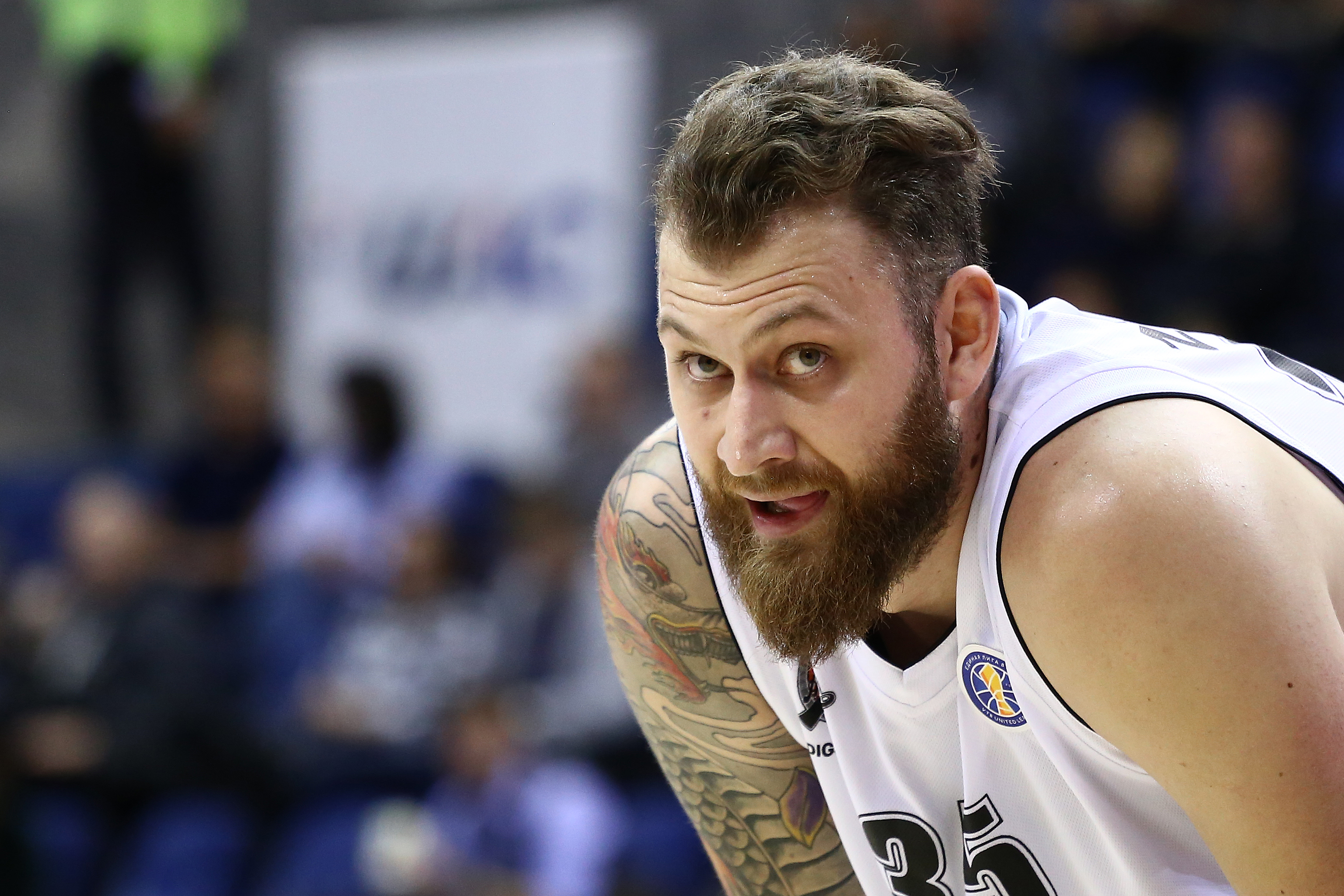 After soaring to a 5th-place finish last season, everyone expected big things from Avtodor this season. But the departure of several leaders, including several Russians, and a revamped roster had an impact on the results this season. Saratov is still competing for the postseason and ready to take advantage of any mistake from Kalev in order to finish in 8th place.

Even though Avtodor has not impressed, Artem Zabelin is enjoying the best season of his eight-year VTB League career. The 215-cm tall center is not only ruthless under the basket (68.2% shooting), but can stretch the defense. Zabelin shoots 46.7% from beyond the arc, best among centers in the League (anyone averaging more than one shot per game). Zabelin has started almost every game on the bench, substituting for David Kravish.

Zenit St. Petersburg was still coached by Vasily Karasev and led by 19 points in Saratov, but Avtodor was able to come back and force an exciting finish. With half a minute to play, Saratov led by one and Artem Zabelin grabbed a huge offensive rebound, allowing his team to drain another 14 seconds. Zenit was unable to score in the remaining time and lost. The Avtodor captain hardly missed in the game: 5-6 from the field, 2-3 from downtown for 14 points and six rebounds.