Story
Khimki once again shut down Astana’s offense and Alexey Shved became the first player in League history to score more than 2,500 points as Moscow Region seized control of the quarterfinal series.

The home team pulled away gradually, building a double-digit lead by halftime before an 11-2 run to end the third quarter put the game out of reach for Astana.

Playing a team that averaged 86.1 points per game in the regular season, Khimki limited Astana to a season-worst 59 in Game 1, before allowing only 64 in Game 2. The visitors shot 3-19 from beyond the arc and 39% overall, in what has been a disappointing start to the postseason for Emil Rajkovic’s men.

Khimki, meanwhile, is poised to reach the playoff semifinals yet again as the series shifts to Kazakhstan for Game 3. Alexey Shved poured in a game-high 19 and now sits at 2,515 all-time in the League, 116 points ahead of second-place Vitaly Fridzon.

The Russian guard gave Khimki its first double-digit lead early in the second quarter, 27-17, on a dunk. He was helped by Jordan Mickey, who scored 18, including 13 in the first half that helped the Yellow and Blue erase an early 9-4 deficit and surge ahead.

Game 3 is scheduled for Friday in the Kazakh capital.

Quotes
Khimki head coach Rimas Kurtinaitis: “I’m happy about the win and especially the way we played. I’m happy for the players because the coach is always happy when the guys play hard for 40 minutes regardless of the outcome. There were good stretches, and other not so good stretches, especially at the start. But we competed and everyone who came off the bench played at full strength. I’m satisfied with how the team is playing right now. I also want to thank the fans, who did a great job cheering. We always hear them. The support today was excellent.”

Astana head coach Emil Rajkovic: “Congratulations to Khimki. They were better today. They have a deeper rotation and higher-level players, which is why they dominated. We tried. We got more players involved than in Game 1, in order to stay fresh, but we objectively do not have a roster like Khimki. I think they are playing at 80-90% of their realistic strength right now. If they keep playing like that, they will be one of the favorites to win the VTB League. The series moves to Nur-Sultan and we’ll try to win the first game at home.” 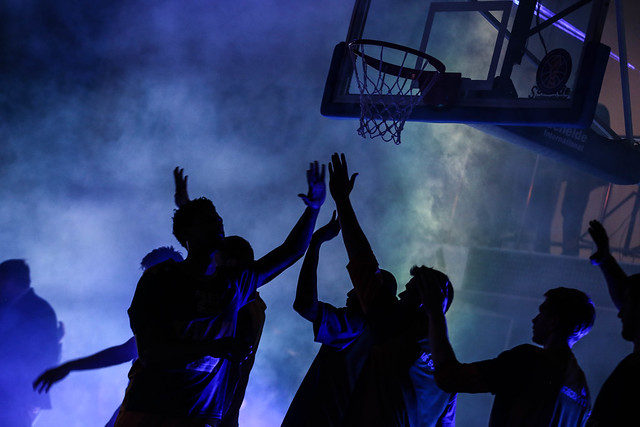