Story
Last week, Tallinn showed the dangers of underestimation when they beat UNICS. Meeting another contender, Kalev were extremely motivated. Vinales-Kitsing duo made a starting run 8:2 and–although Zenit didn’t need much time to comeback–Kitsing again and Aigars Skele helped Kalev finish the first quarter with a lead 19:15. The hosts made another run in no time: Sten Sokk’s three-pointer made it 26:17. Zenit stabilized the game with Will Thomas’ astonishing performance–14 points in a row! Thanks to Thomas, Zenit levelled the game by the halftime break 41:41.
The third period looked like Zenit was gaining advantage. Saint Petersburg took 6-7-points lead several times including the one made by Evgeny Voronov’s 6-point run. However, Sokk and Kitsing took the lead back making it 63:62 before the final quarter.

Key moment
For the whole fourth period, Zenit were trying to catch the running Kalev. Two minutes before the buzzer, Gustavo Ayon–with two free throws–diminished the margin down to 3 points – 74:71. And that started the series of tactic fouls. Alex Renfroe’s made an insane drive: running through the whole court, he scored with a layup making it 80:75. Zenit received a chance. They used tight pressing forcing Kalev’s error, and Tim Abromaitis who just got to the court made a three-pointer. But in the next possession, Saint Petersburg didn’t manage to hold the unstoppable Kyle Vinales who scored 10 seconds to the buzzer in an amazing drive. Mateusz Ponitka sank back, but this basket couldn’t make any difference: Vinales made two free throws with a cold blood destroying the hopes of Zenit. Kalev beat the second contender in a row.

Hero
Kyle Vinales. Kalev guard showed his nerves of steel 9 of 9 from the line which was crucial in the clutch. The decisive 4 points in the last seconds were scored by him.

Stat
12 of 24 from beyond the arc. Kalev’s fabolous accuracy was one of the key factors while Zenit showed only 6 of 21. 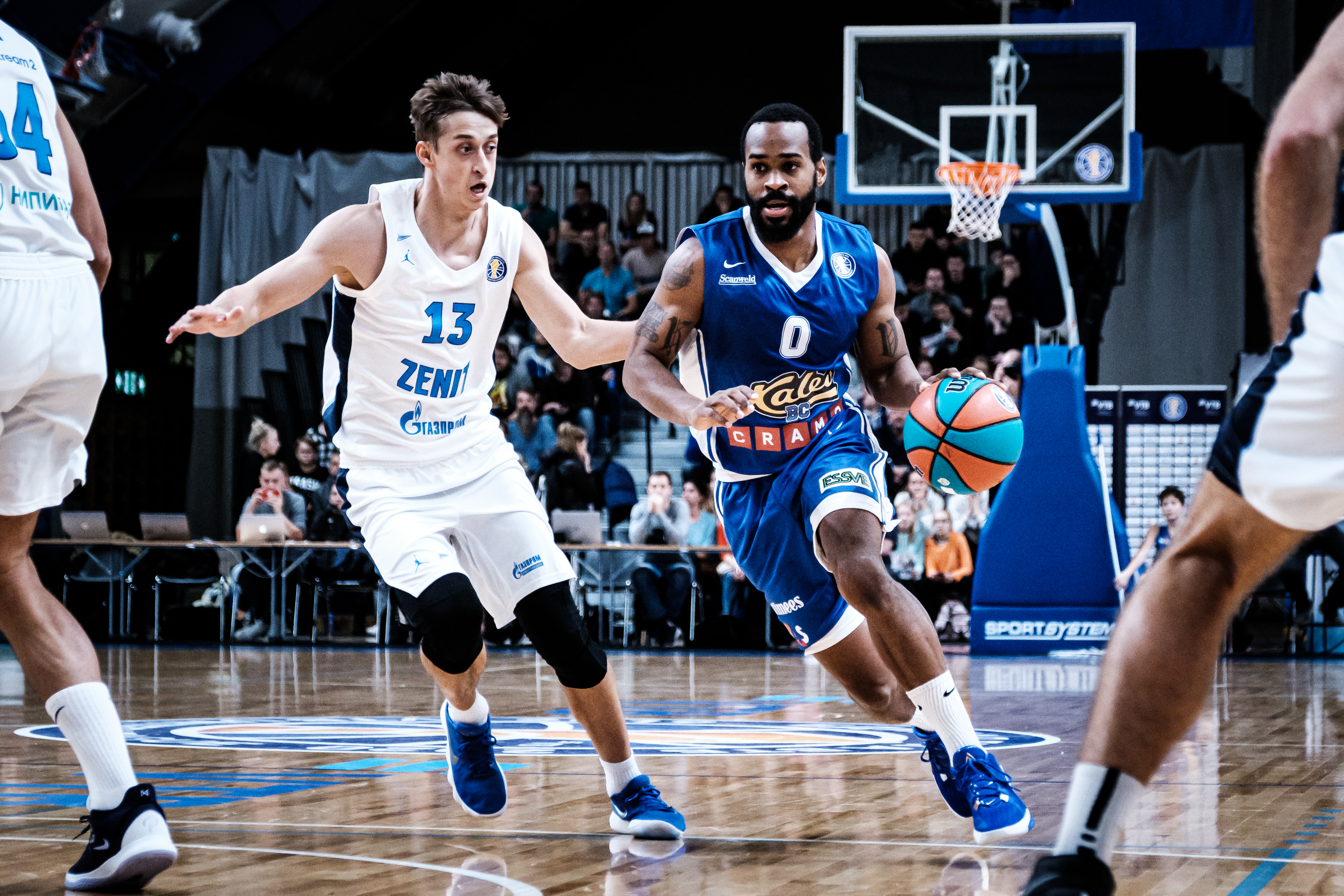