Now the Army Men have another problem to confront: winning in St. Petersburg’s Yubileyny Arena, where they have dropped three in a row.

Moscow left an enormous amount of blood and sweat on the EuroLeague Final Four court. More often that not, CSKA has come back angry from the Final Four and taken its frustration out of the VTB United League playoffs. This time around, the team will be in high spirits with the EuroLeague trophy on display at the USH CSKA during Game 1 vs. Zenit. Dimitris Itoudis will have to find a way to refocus his team and motivate them only a few days after winning European basketball’s biggest trophy.

Zenit, on the other hand, hasn’t played in nearly two weeks. St. Petersburg finally got healthy just before the start of the playoffs and looked very dangerous in the quarterfinal series with Lokomotiv-Kuban, playing their best basketball of the season. Can they pick up where they left off on Thursday?

How will Jalen Reynolds match up against CSKA’s frontcourt?
One of CSKA’s four regular-season losses came to Zenit. St. Petersburg got the victory thanks to a big performance from Jalen Reynolds. The center shot 9-10 from the field to finish with 21 points, eight rebounds and four assists. The League’s fourth-leading scorer (16.7), top rebounder (8.0) and second-best in efficiency rating (21.1) during the regular season, Reynolds also took advantage of Kyle Hines’ absence in that game. Now the Army Men have everyone available. The strength and depth of CSKA’s frontcourt was on full display at the Final Four. In addition to Hines, one of Europe’s top defensive specialists, Itoudis could also choose between Othello Hunter and Joel Bolomboy depending on the situation. Each of them is capable of matching the Zenit star’s power and athleticism, lock down on defense and chip in on offense. 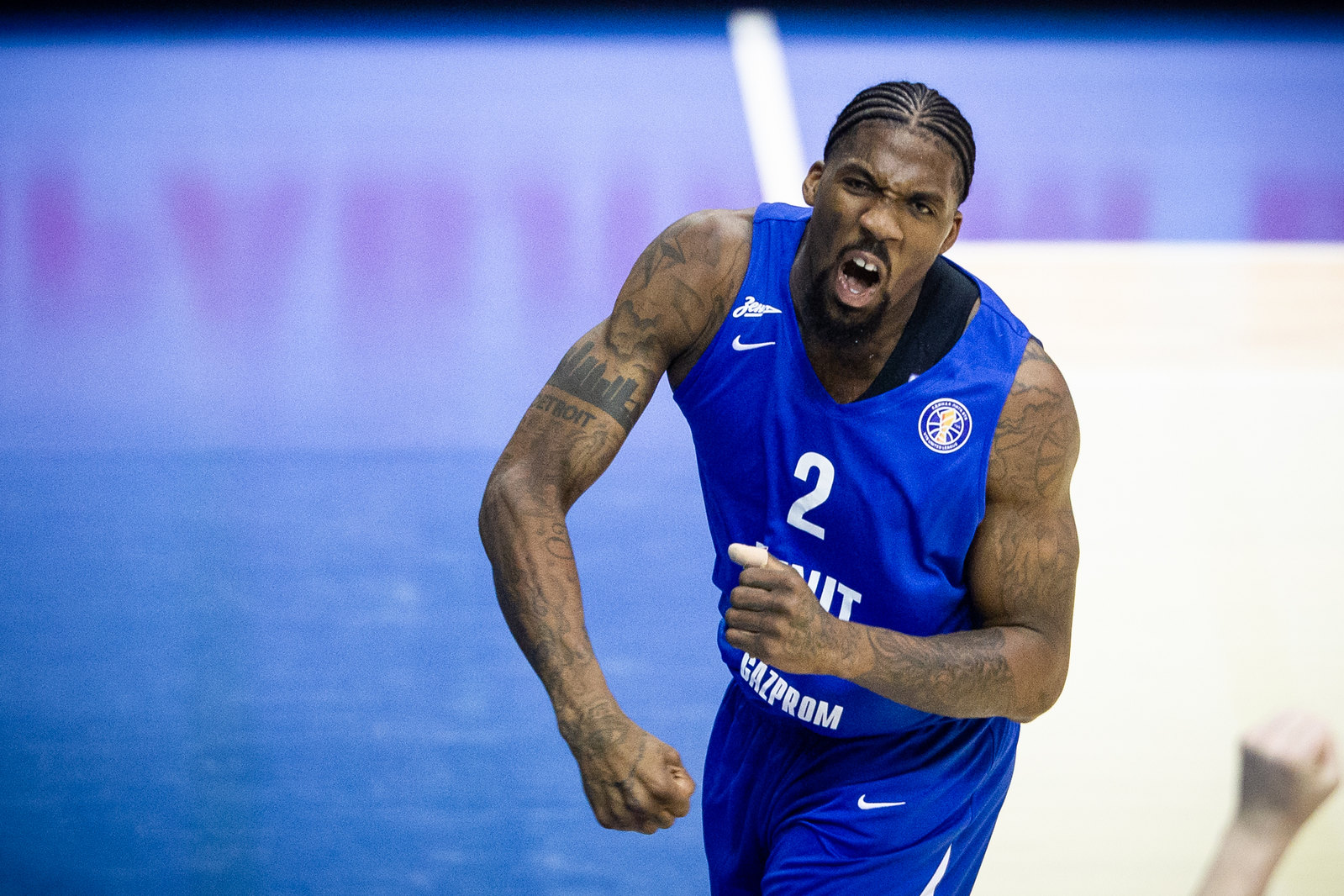 Hunter was one of the X-factors for CSKA in Vitoria. A small ball lineup with Hunter at center proved the winning combination in Moscow’s comeback vs. Real Madrid. After a starring role at the Final Four, he’ll enter the semifinals with Zenit with plenty of confidence.

What should we expect from Sergey Karasev?
The Russian star’s season has been marred by injuries. He returned ahead of the biggest games of the season, but he’s far from his best, seeing little court time in the quarterfinal series with Loko. Karasev appeared in two games, recording a total of 20 points in 20 minutes.

The break between the quarterfinals and semifinals should have benefited the forward. In the words of Joan Plaza, Karasev had individual workouts in addition to practicing with the team in order to feel like he’s 100% ready to go. The Spaniard called Karasev “one of our primary players” and announced that he’s counting on him in the series with CSKA. In order to have any chance against Europe’s best teams, St. Petersburg desperately needs his help.

Three series stats
40.2% – Zenit’s three-point field-goal percentage. St. Petersburg had the best outside shooting during the regular season, but the Red and Blue ranked second at 40.1%, only 1/100th of a percentage point worse.

CSKA showed how dangerous it can be on the perimeter in the Final Four. The Army Men knocked down nine of 18 (50%) from beyond the arc vs. Real Madrid, before lighting up Anadolu Efes for 63.6% from downtown in the final (14-22). When the Red and Blue snipers catch fire, nobody can stop CSKA. Outside shooting will be a huge factor in this series. 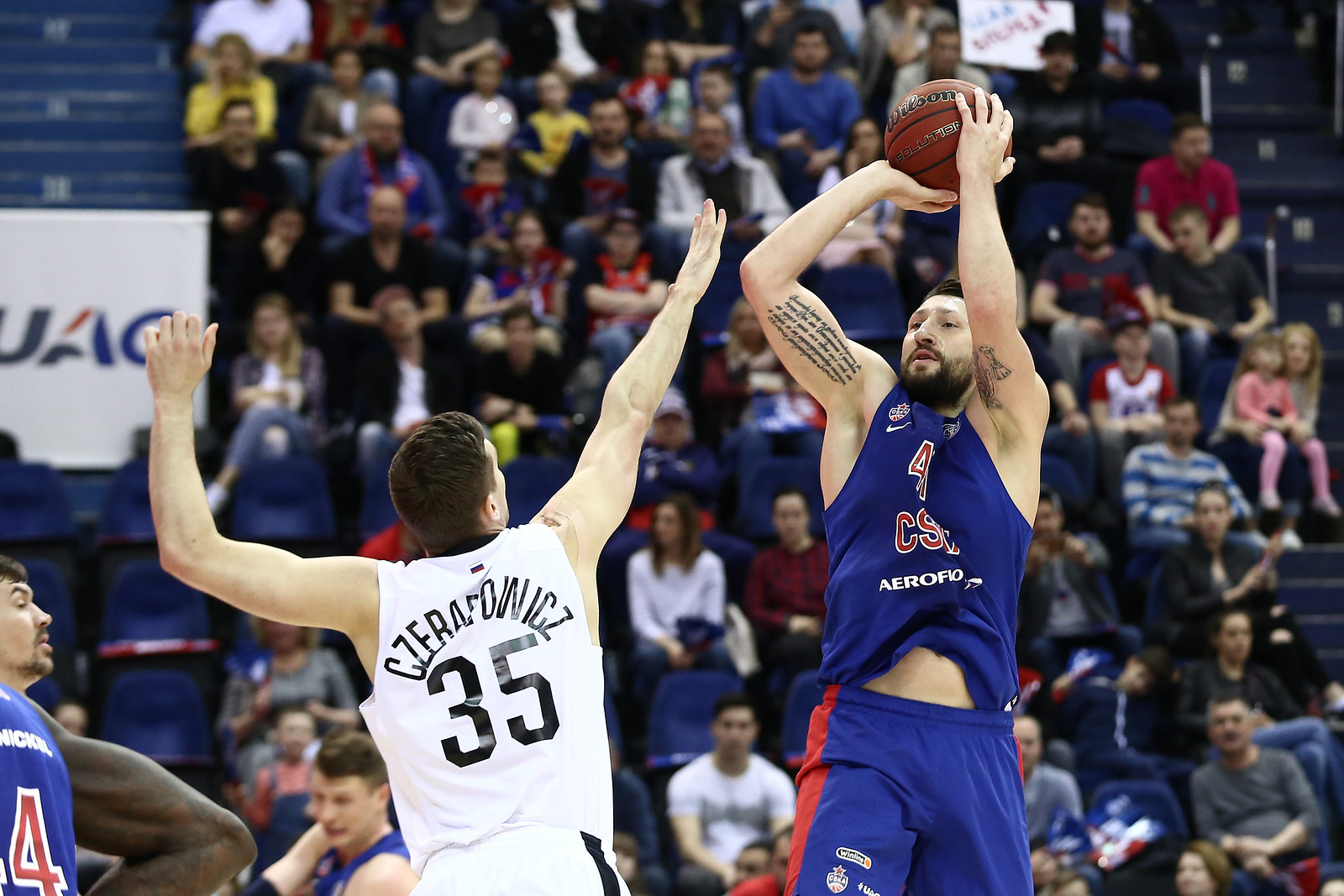 24 – CSKA’s winning streak in the playoffs. Moscow will also have home-court advantage in this series.

83.0 – Zenit’s scoring average vs. CSKA this season. That’s a very high number. The Army Men only gave up 75.7 points per game in the regular season. Strangely, Zenit also scored fewer points against last-place Tsmoki-Minsk this season, averaging only 81.5 per game.

Quotes
CSKA head coach Dimitris Itoudis: “We’re returning to work and switching our attention to the VTB League playoffs. Zenit is not lacking talent or motivation, but we are also very invested in playing together as a strong team. We need to keep competing. I hope our fans understand how difficult it is to fight for another title in the season and that they’ll come support us.”

Zenit head coach Joan Plaza: “We’re ready for a battle. I see the guys’ attitude at practice and their passion. I’m happy with how we’ve prepared for this series. How much of a chance does Zenit have in the series? 10%? 15%? Whatever it is, we have to take advantage. We can’t commit turnovers, take bad shots and we need to play our style of basketball. We are determined to play our best on the court. Our primary goal is to demonstrate that we are competitive at this level. We’re going to battle until the end. We need to keep every game close and not fold against CSKA. It’s only possible if we don’t give the ball away ourselves or make stupid mistakes.”