Before the new VTB United League season speeded up Dmitriy Gerchikov suggests to assess teams’ plans and their chances for achieving goals. 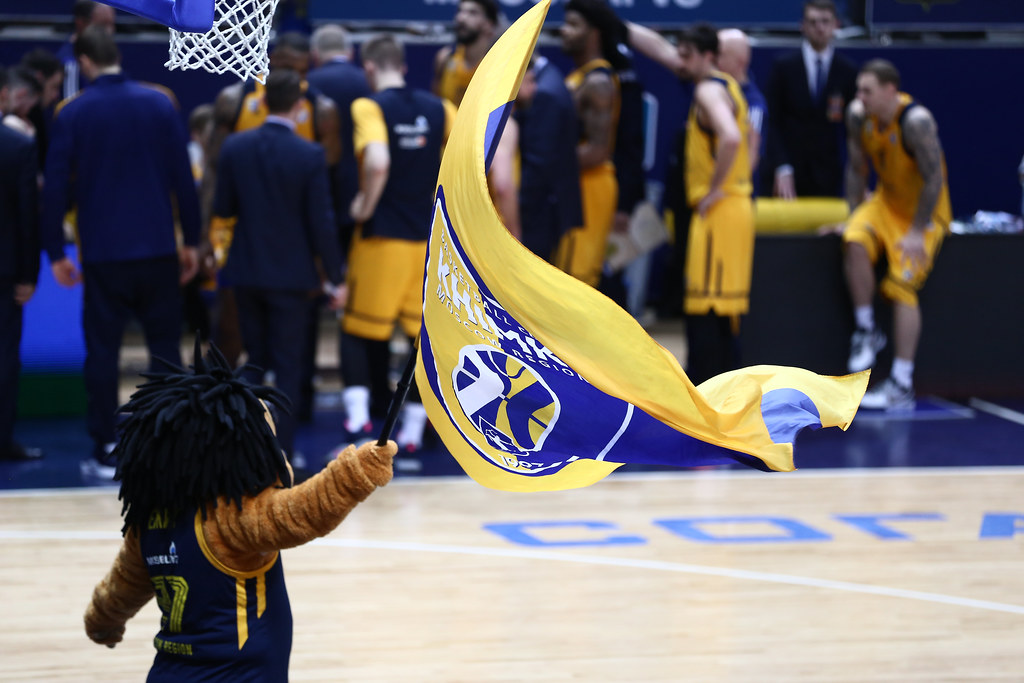 Theoretically, the Yellow-blues have the strongest roster nowadays. Both individual skills and team chemistry are set up on a high level in this team. Today, it is a pleasure for Rimas Kurtinaitis to prepare for the rivals because with this roster he can easily find ways to any defense. The question is can the players realize the potential on the court. Can leaders at times resist DNA egoism and work for the team? Are stars patient enough to work hard in defense if necessary? If Khimki answer yes to this questions they definitely win franchise second gold. For now, Rimas Kurtinaitis team is still shaping up, they got 2 losses in 2 games. 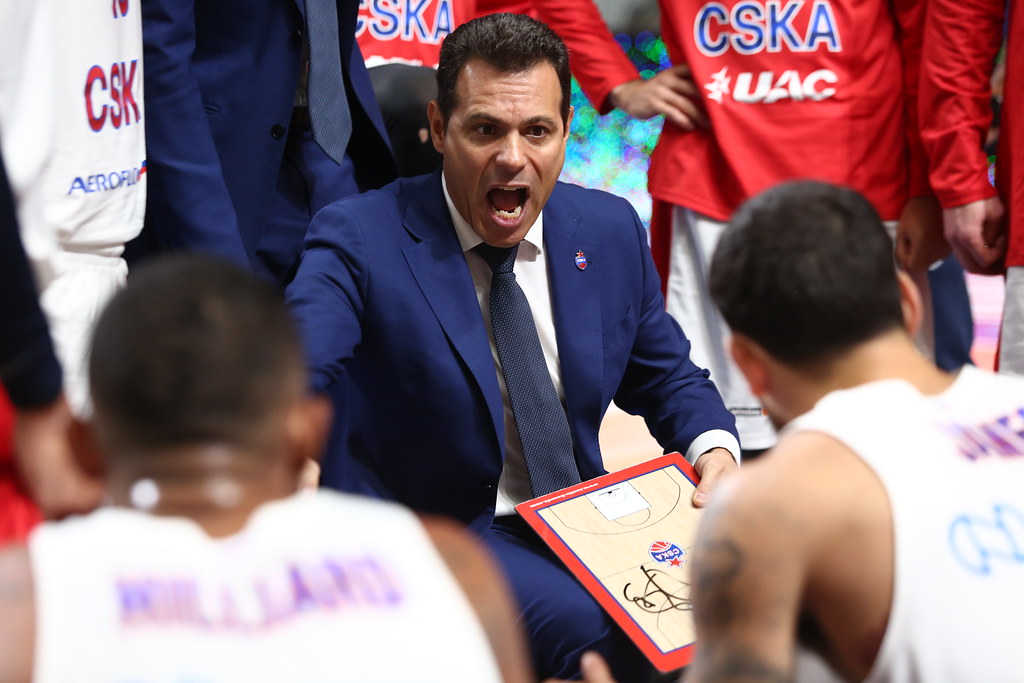 For the first time in many years CSKA is considered one of the tournament contenders, not the absolute hegemon. Dimitris Itoudis starting line-up really terrifies the opponents. But the team roster lost its flexibility and the bench lost the length. By the way Moscow have to play on two fronts, thus they may lack safety margin and simply players. Therefore, CSKA have to be careful looking for not only game balance but load managing key players. 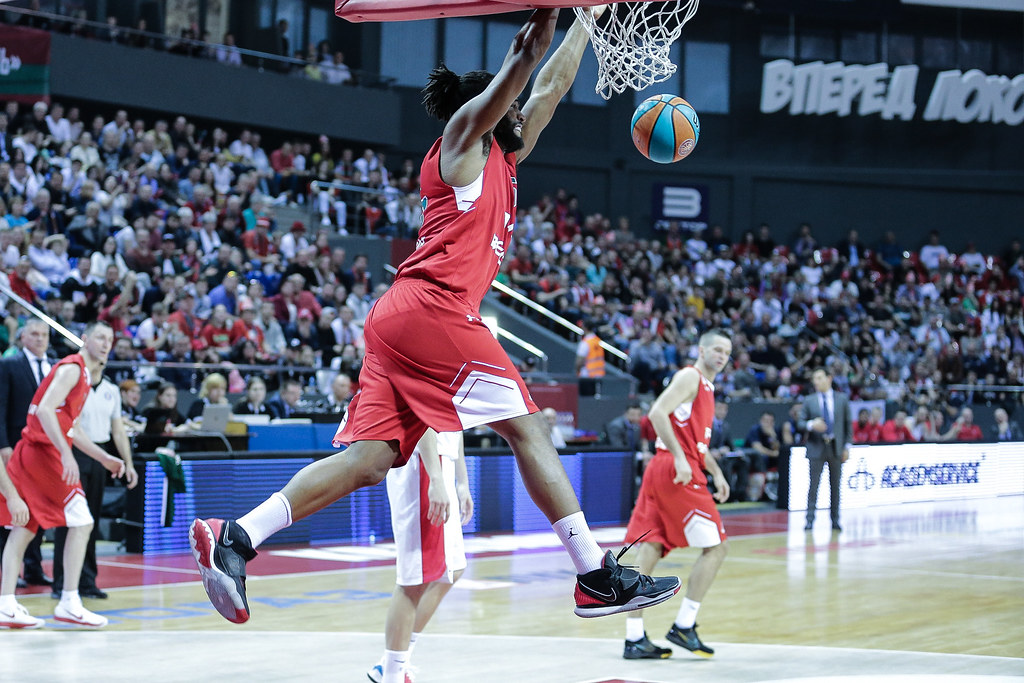 One of the most controversial transfer campaign of Krasnodar led to team’s rejuvenation and dotted internationals signings. It is still uncertain if the Red-greens transfers are good enough to make Evgeny Pashutin basketball not pick’n’roll predictable. Moreover, Loko have problems with the player who takes last second shots. In the VTB League, if there is no superstar who makes the difference at the key moments the team loses an equal game. And then the team lack this points for new achievements.

Who is going to be Loko’s hero? Anyone from the candidates list has weak spots. Kalnietis is too susceptible to injuries. Kuzminskas is dependent on ball possession and teammates movement. Lynch can cement the paint but gives no additional options. Cummings? Crawford? Their actions in clutch were questionable even last year. Thus, Kuban have roster but no leader. 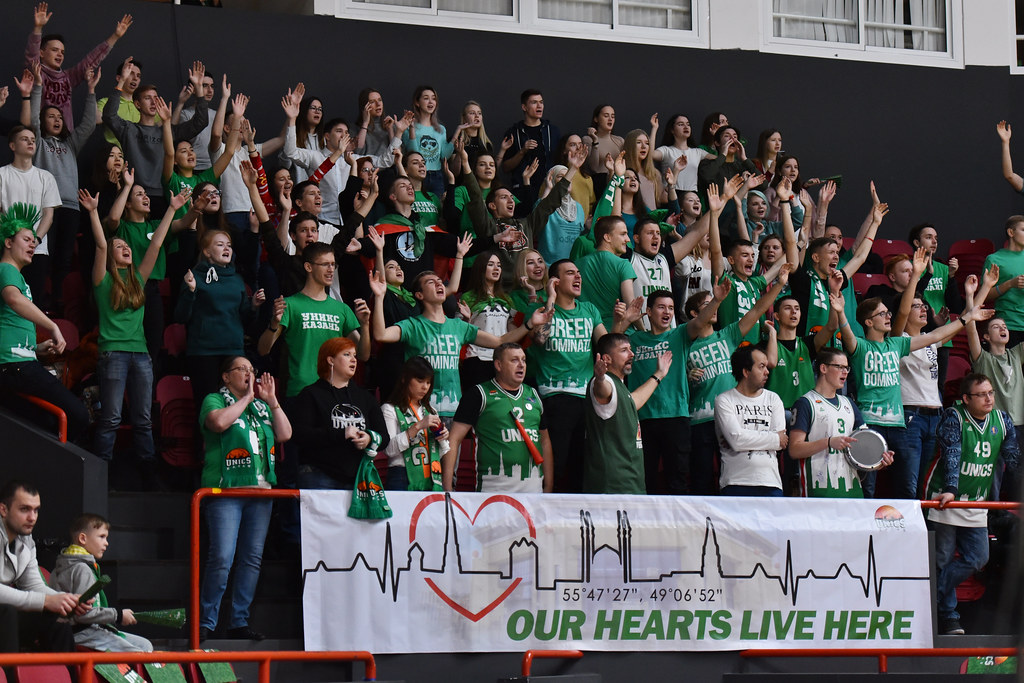 Kazan have always been an ambitious team – there wasn’t a single season when White-greens weren’t fighting for medals. And UNICS are not afraid of big team rebuildings, that don’t allow them run for the high places.

In 2020/21 season Tatarstan decided to start from scratch letting their main sniper Errick McCollum. However, it’s hard to call the upcoming season for UNICS experimental. Dimitrios Priftis showed himself as system coach: not even transfers but each substitution is a part of big plan. At times this plan may falter: Kazan opponents are strong and human factor still exists. Nevertheless, the fact that under Greek coaching the team is growing up can’t be denied. This season UNICS won’t be satisfied with king of the regular season title, they are running for beating CSKA or Khimki, or maybe outpace them both.

Kalev. To surprise the League with transfers 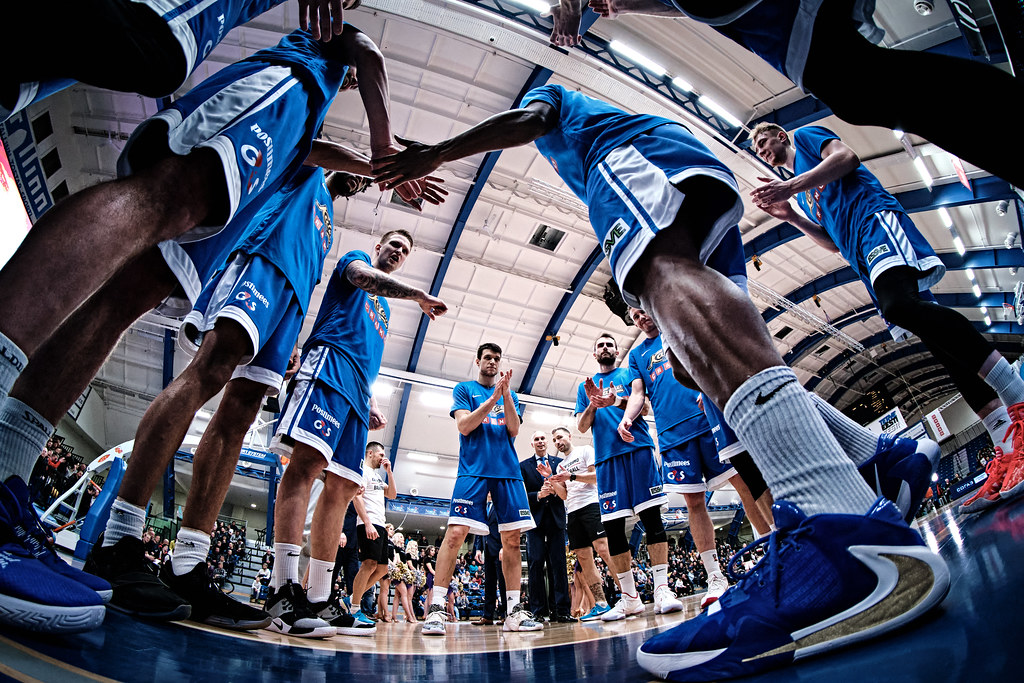 If you are not a basketball freak or following the Estonians from outside you definitely don’t like team’s transfer campaign this season. It’s all because now players that came to Tallinn aren’t really worthy in the Old World. Moreover, their American players aren’t associated with top-5 European championships’ medals or individual awards.

However, it’s them who annualy make profit by resaling their players or at least upgrade their scouting department ranking. Indeed, multiple times Kalev sticked it to their prodigal rivals showing enormous efficiency in learning young players and them using them on the court. It seems like by the end of the season we’ll learn two or three new names via Tallinn, these names may appear in top-5 leagues.

Zielona Gora. To shame the skeptics 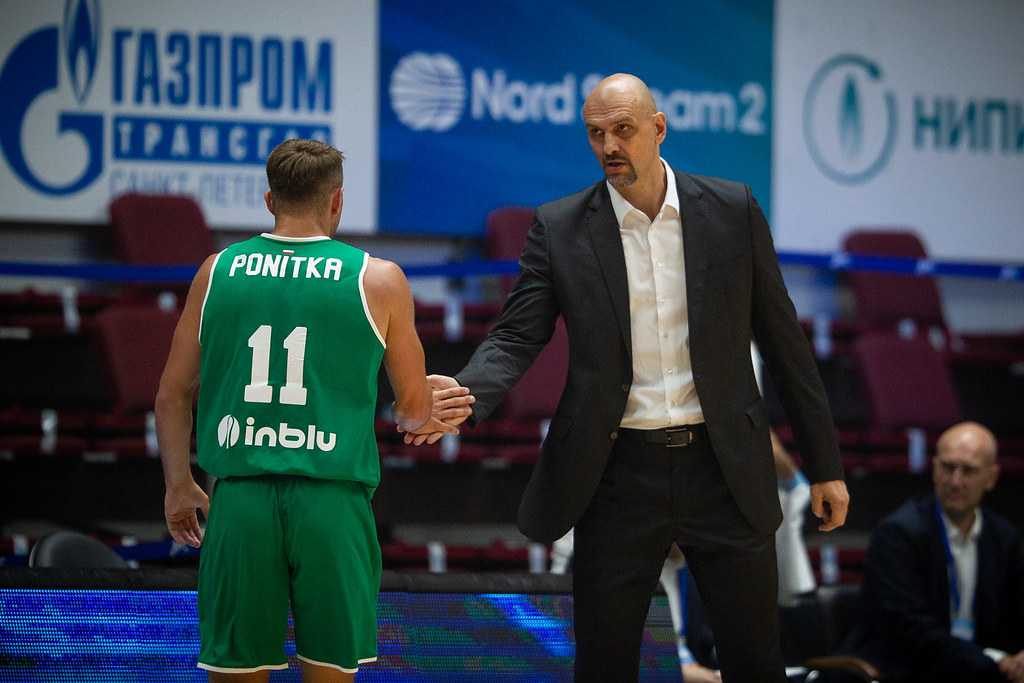 If you underestimate Zan Tabak team then remember how 7 years ago he headed disassembled Basconia mid-season and took 17 consecutive victories! Since then the coach became more experienced, won Israel cup, won main Polish trophies and proved that he can work not only with top-teams like Maccabi but with restricted finances as well.

It’s obvious that Zielona Gora isn’t the richest club: to see where their newcomers came from is enough to understand it. But discipline and chemistry is Gora’s signatures. At the start of the tournament they played tight against contender Zenit and made good impression. So if Tabak’s team is been laughed at then in the end of the season the champions of Energa basket liga will become those who laugh the best.

Zenit. To speak the same language 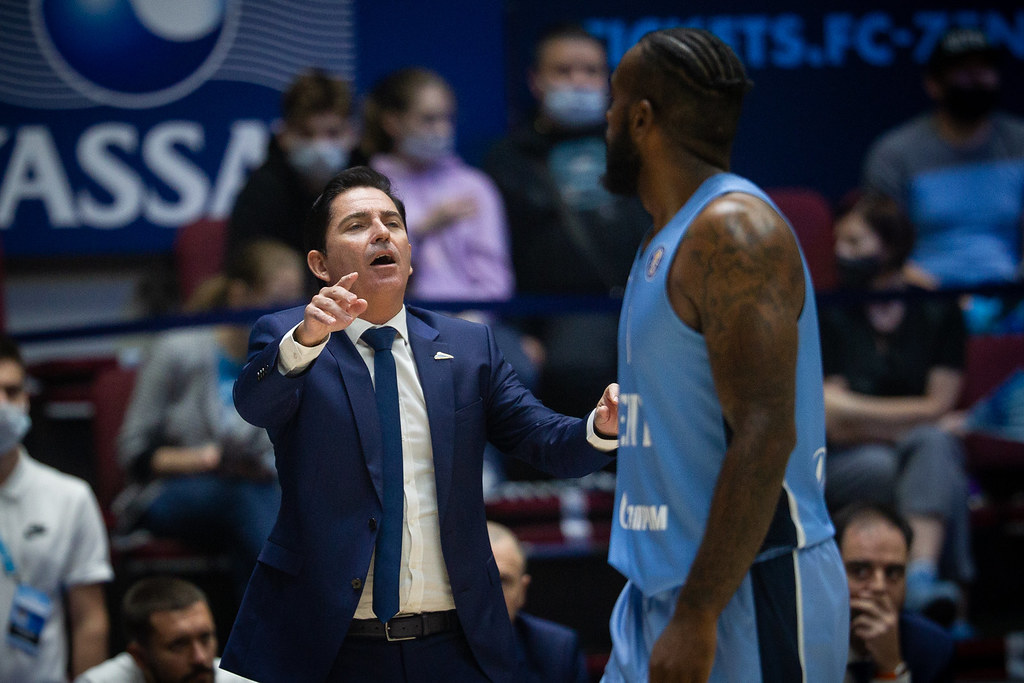 Zenit is rebuilding now, it was initiated by Xavi Pascual. New head coach signed 9 newcomers and began the project that may succeed or fail. His English hasn’t been improved much, so internationals may not catch coach’s ideas without additional means.

Indeed, Zenit is really promising team, even the duo Pangos – Poythress alone! Team’s main players are experienced in the Euroleague. However, can Pascual unite the guys under champions phylosophy in time? Last time Xavi’s plan worked was in the beginning of the decade in home Barcelona. After it his experience became controversial both in players relationship and results. His work in Zenit will assess if he is a hero or an unlucky coach. 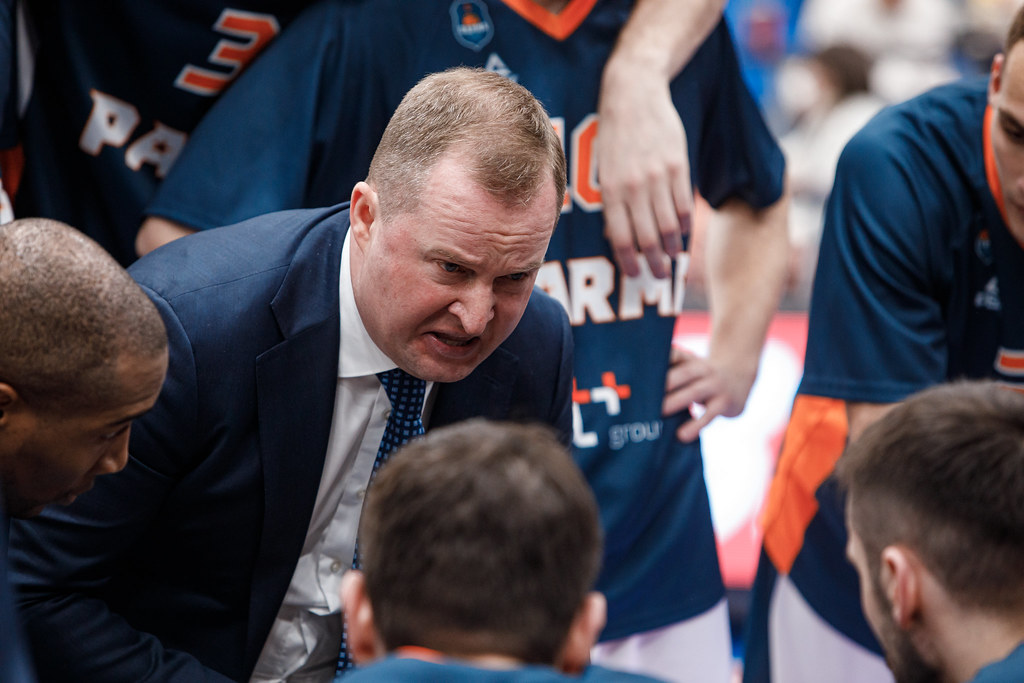 Seeing Parma being one of the four leaders is an unusual thing. However, in the 2019/20 season, a similar picture could be seen quite often. The cheerful basketball of Kazys Maksvytis, which was appreciated by the fans since the time of his leadership of Neptunas, has become a bit pragmatic. But he did not lose his essence, which attracted the public. And therefore, many neutral fans started to like Parma, realizing that the team stood apart in the VTB League pool.

Considering that the changes in the roster were minimal, and the Parma players themselves after last season believed in the strength and efficiency of the principles of team play, we have the right to expect a breakthrough from the team – and winning the status of the best among equals.

Enisey. To win not only at home 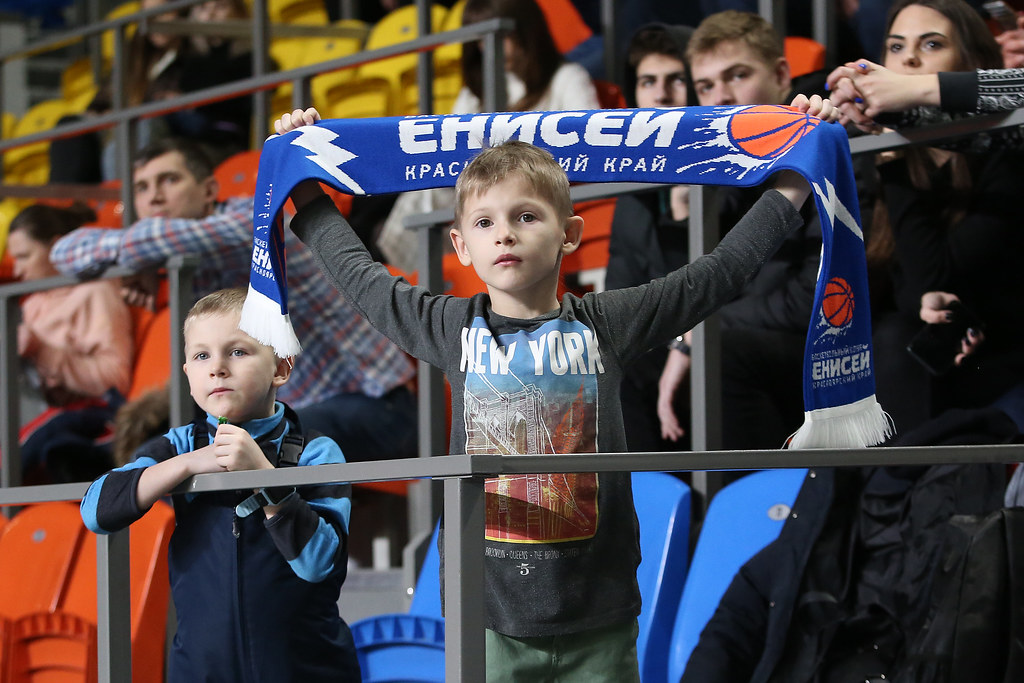 It is known that the difference in time zones, difficulties of adaptation and the specifics of the arena helped Krasnoyarsk surpass even cool teams. Even CSKA had to take a lot of efforts, when at the beginning of the season the tour for them started from the farthest corners of Russia. But the trouble is: having seen victories at home, Enisey then became a victim of circumstances, when they had to travel around cities. In addition, they were exhausted from touring around the European Cup addresses.

This season, the challenges won’t be any easier: the last year’s team roster has practically disappeared, new people are only getting used to the League (for Tyus Battle this will be a debut outside the US), and there is almost no time to form the leaders. And this results into the most difficult task that Drazen Anzulovic has to solve. Perhaps everything will end well if he manages to build a strong defense from the most interesting Russian duo Kulagin – Yakushin. It’s time for Kulagin to turn into a full-fledged leader (fortunately, he will have a lot of minutes on the court), and for Yakushin it’s time to realize the potential, which could have been seen with the naked eye even on short periods in Khimki. 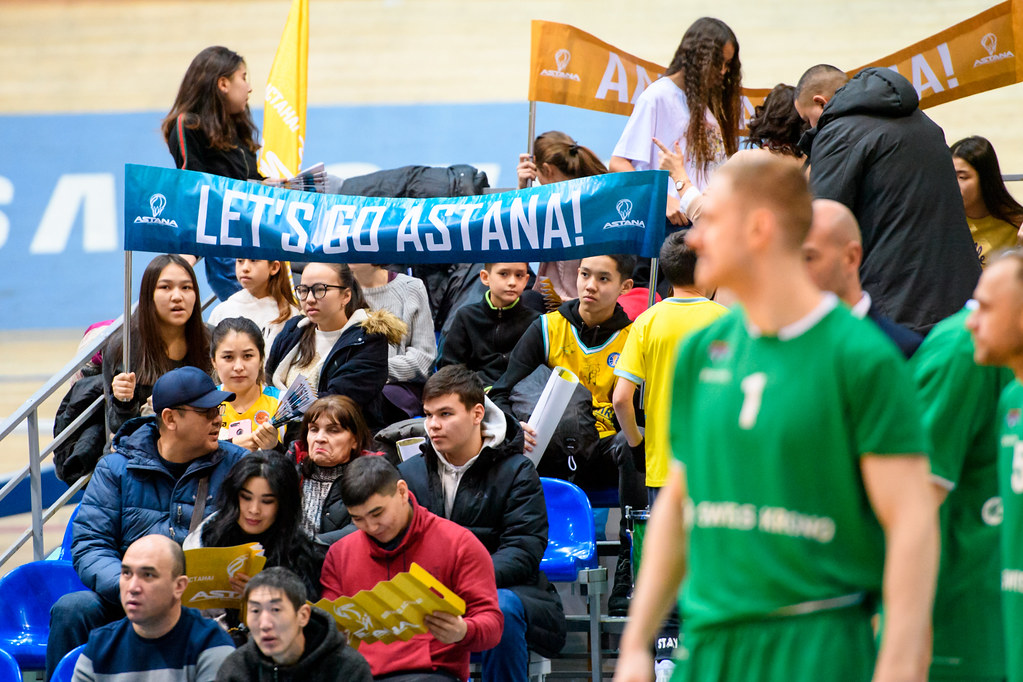 Whoever you ask, basketball fans will surely call Jerry Johnson the most splendid player of recent history in Kazakhstan. The naturalized American not only managed to drag the country’s representative in the VTB United League, but also won high-profile victories in the ranks of the national team. If the guard could be cloned, his gene would probably be carried in DNA by all the graduates of the local basketball schools today.

Alas, technologies cannot provide such luxury to Astana yet. Judging by team’s work on the transfer market, they can no longer afford signing players from Real Madrid or even modest teams having the status of regulars of the Euroleague. Therefore, Emil Rajkovikj had to start paying attention to the inner market – and give more court time to the home-grown players. In fact, this is the first experience of this kind for the team because basketball players from Kazakhstan have never played the leading roles. And now it seems it’s time for them to shine. If they have a desire to improve their skills, the best coach of the VTB League season will definitely help them with this. 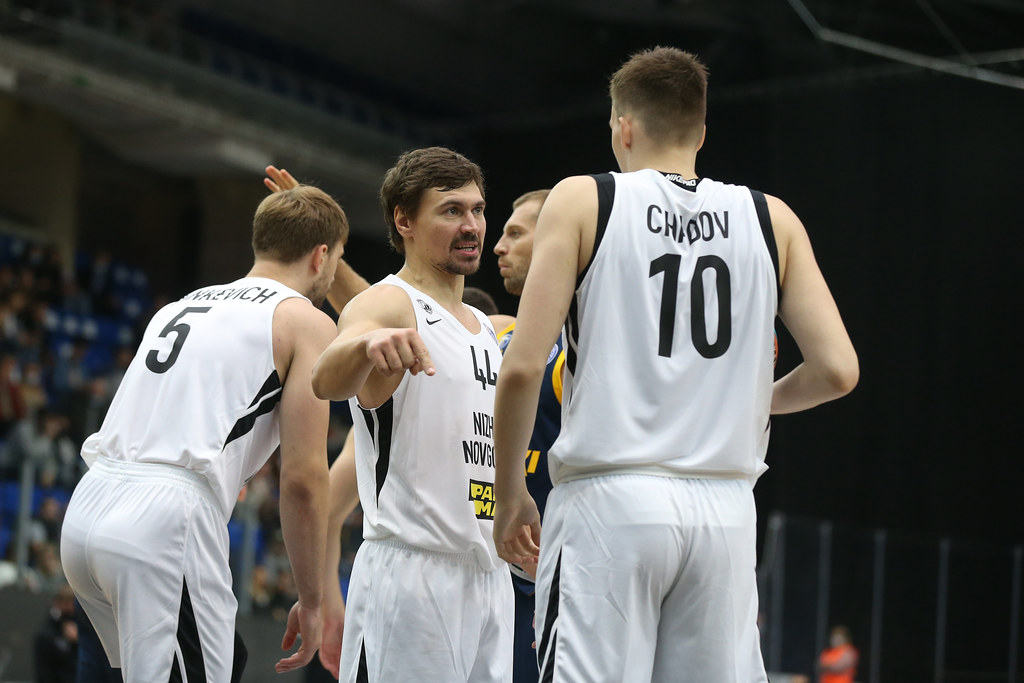 Zoran Lukic is like that Urfin Jus: even from “wooden soldiers” he can create an invincible army. And he does not use any strange magic powders for this. It is enough to remember how many players he brought back to professional basketball (not to mention contracts with good teams or invitations to national teams) to understand the level of the coach’s work. And not only in the field of physics and tactics, but also in psychology.

This season, like most of them in the modern history of Nizhny Novgorod, will be an interesting challenge both for the staff and for the players themselves. Assuming that there are only three internationals in the roster. Whereas Lukic can and will certainly try to put any player on a leading position. In the starting round, Anton Astapkovich had a great shot and reminded his compatriot Pustahvar in terms of the quality of his shots (do you remember that Anton is Belarusian by birth?). What’s next is intrigue.

On my own behalf, as a native of Minsk, I will add: Sasha (Pustahvar) after school of Nizhny Novgorod turned into the captain of the National team, won several medals in European championships and continues to leave a good memory of himself in the VTB League. That is, do you understand what can await Anton in the future?

Tsmoki-Minsk. Make it to the playoffs 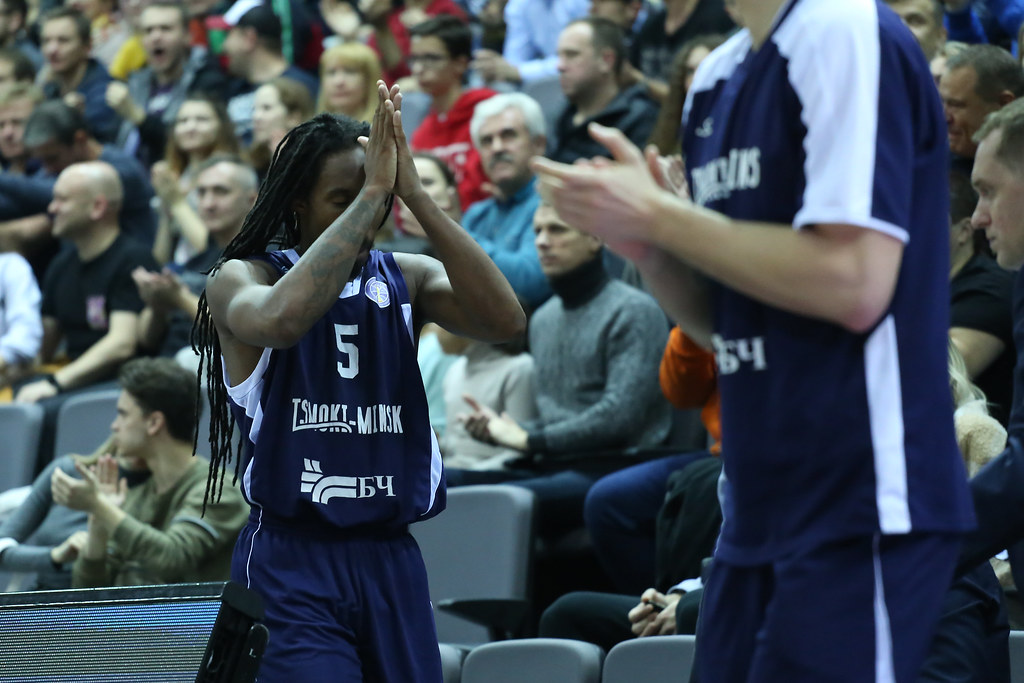 The Belarusians, although they have been participating in the tournament since it was founded (since the foundation, they missed only one season), have not yet learned the joy of playing in the postseason. Coaches, foreign diasporas changed, the pool of national players was rejuvenated – but things are still there. Although the audience in Minsk is one of the most active, hot and sincere, which makes Falcon Club a place where even CSKA has a hard time.

Unfortunately, the Dragons’ modest budget did not allow them to retain last year’s leaders. The newbies are definitely not the same quality as the former leaders – the same Mirkovich was a good half of the team for Tsmoki. And taking into account the performances in the FIBA tournament, the Belarusians will have to create a real miracle in order not to burn out at a distance and break into the top 8 of the league. On the other hand, if you do not set ambitious goals for yourself, then when to aim at them. 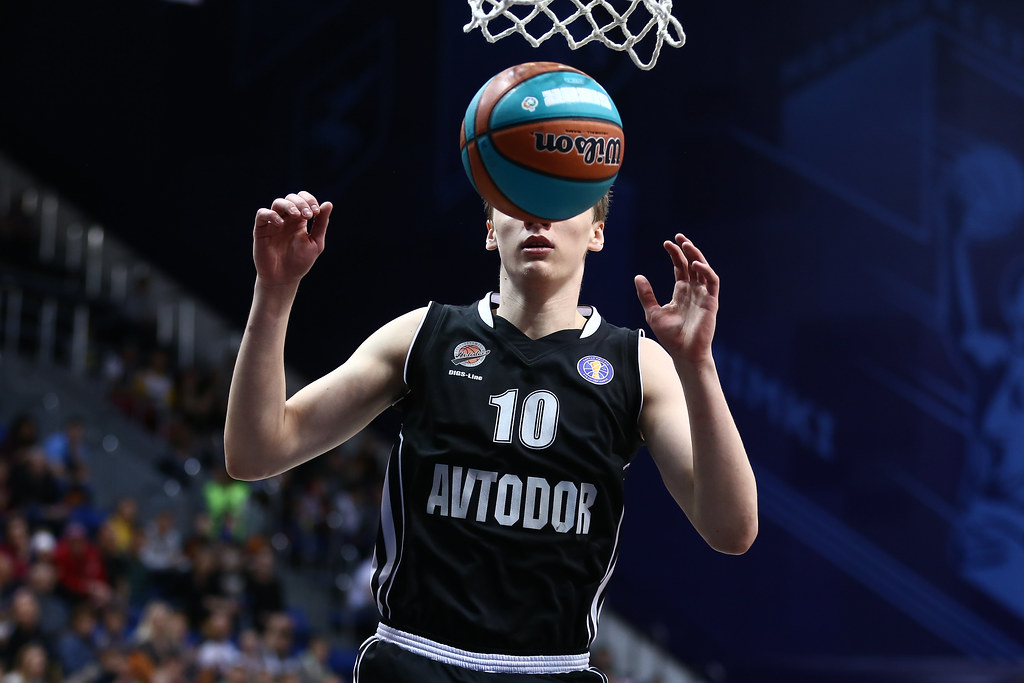 It is hard to remember the season when Vladimir Evstafievich Rodionov has showed mercy to the key players during a year, allowing them to fully implement tactical ideas in the long term. Coaches were immediately “decapitated”, as soon as Saratov dropped below the waterline in the League table or left the continental cups. Both foreign and local specialists have already auditioned for the post; experienced and not adapted to Russian challenges; youth development pros and people ready to deliver. Everything didn’t work out: Avtodor remains the leader of the tournament in terms of resignations, while still not winning the competition medals…

Gordon Herbert, perhaps, will bypass the unenviable fate, since a good squad was assembled for a specialist – the playoff level for sure. And the coach only needs to discipline the dressing room, so as not to become a victim of loss of concentration.