Story
With Khimki’s surprising setback at home to VEF on Monday, Avtodor had a chance to take sole possession of 5th place with a win in Krasnoyarsk.

The home team gave Avtodor all it could handle, with Mark Lyons draining a triple midway through the 4th quarter that put Enisey on top by four, 76-72.

But Saratov point guard Justin Robinson responded with a personal 8-1 run, scoring on four consecutive possessions to put his team on top for good. The visitors outscored Enisey 16-7 down the stretch, securing an 88-83 win to move two games above .500. Enisey falls to 3-11, stuck in last place in the standings, but only one game out of the playoff picture.

Enisey put up 25 points in the 1st quarter for a one-point lead. Though Avtodor seized control over the next two periods, leading by as much as 13 late in the 3rd, Enisey found a way back with defense, forcing four turnovers early in the 4th quarter. That helped generate a 15-0 run, capped by the Lyons 3-pointer, and put Avtodor on top by four.

But Robinson responded with a flurry of layups, scoring 11 of his 30 points in the final five minutes to give Avtodor a big come-from-behind win on the road.

Stat
48-39 – Despite Coty Clarke’s monster night on the glass (18 rebounds), Enisey outrebounded the visitors by nine, including 16 offensive boards.

Quotes
Enisey head coach Oleg Okulov:
– The game was lost on one-on-one defense more than anything. We handled one part of the game plan: We only let our opponent hit one 3-pointer. But we lost every possible one-on-one battle, leading to 30 points from our opponent’s point guard. At the end of the game, we made mistakes on several offensive possessions.

Avtodor head coach Evgeny Pashutin:
– It’s always hard to play in Krasnoyarsk. We knew that Enisey is a playoff hopeful and our direct rival. That’s why today’s win was so important. Congratulations to my players. Trailing by six at the end, my players didn’t panic. They stuck together and played well.

Up Next
Enisey: March 11 home vs. Zenit
Avtodor: March 4 home vs. CSKA 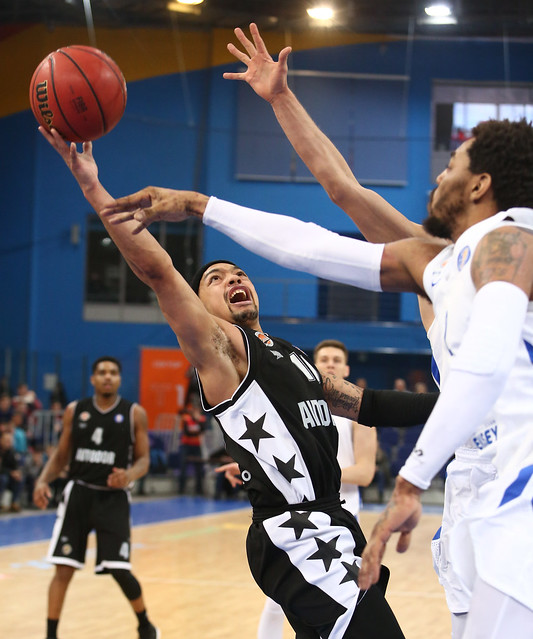