Are Zenit’s losses to Lokomotiv worrying for the playoffs?

The first meeting between Loko and Zenit was the season opener and shocked St. Petersburg fans as the Railwaymen rolled to a 30-point win. But the game may as well have taken place in another universe: Both teams have moved on from their head coaches, Brandon Jennings was expected to headline Zenit’s offense and Loko’s biggest star was Isaiah Whitehead. 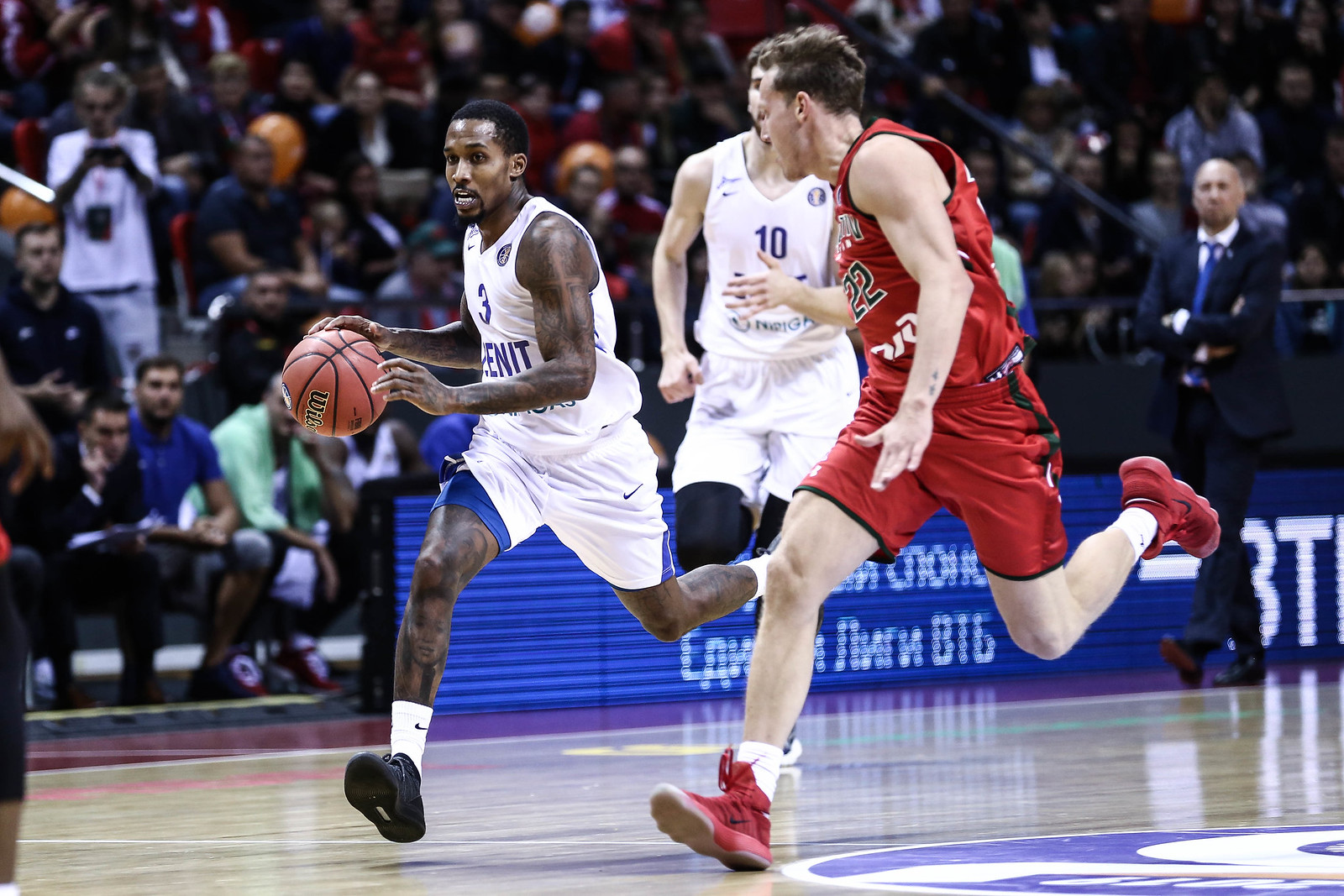 Since then, both Zenit and Lokomotiv have undergone significant change. Everyone named above is gone, though one thing did remain the same. Both teams, despite all the difficulties, ended up being close rivals and finished the season side-by-side in the standings. In fact, Lokomotiv-Kuban did not clinch a top-four finish until its second meeting with Zenit. But was the game indicative of the quarterfinals? Zenit was far from full strength, playing without Jalen Reynolds and Sergey Karasev. With the two stars available in the season finale vs. Astana, Zenit took care of business, securing a 5th-place finish when it could have dropped to 7th. The victory demonstrated that St. Petersburg’s losing streak down the stretch is no reason to count the team out in the playoffs.

Zenit and Lokomotiv are very close in most statistical categories (thanks to Reynolds, Zenit holds a significant edge in offensive rebounding). So it would be foolish to call Lokomotiv a clear-cut favorite. The home-court advantage will help, however, as Zenit has struggled mightily away from home, going a measly 5-8.

Which coach is better prepared for the series?

Both Joan Plaza and Bob Donewald took over mid-season, replacing Vasily Karasev and Vlada Jovanovic, respectively. But while Plaza was named head coach prior to the New Year, Donewald has only been at Loko for a month and a half. He was also hired during a crisis, as Krasnodar crashed out of the EuroCup playoffs and saw its top-three ambitions in the United League take a hit at the hands of UNICS.

Following his hiring, Donewald ran into a serious problem: playmaker Dmitry Khvostov suffered a season-ending injury. The only positive for Kuban was that there was time to regroup before the playoffs. Donewald did an admirable job, giving the keys to the offense to Dmitry Kulagin, who’s become much more versatile on the court. After Khvostov’s injury, Kulagin averaged eight assists per game. The Russian guard, of course, first broke out with Zenit and always plays hard against his former team, recording 17 points, five rebounds and eight assists in the most recent meeting. 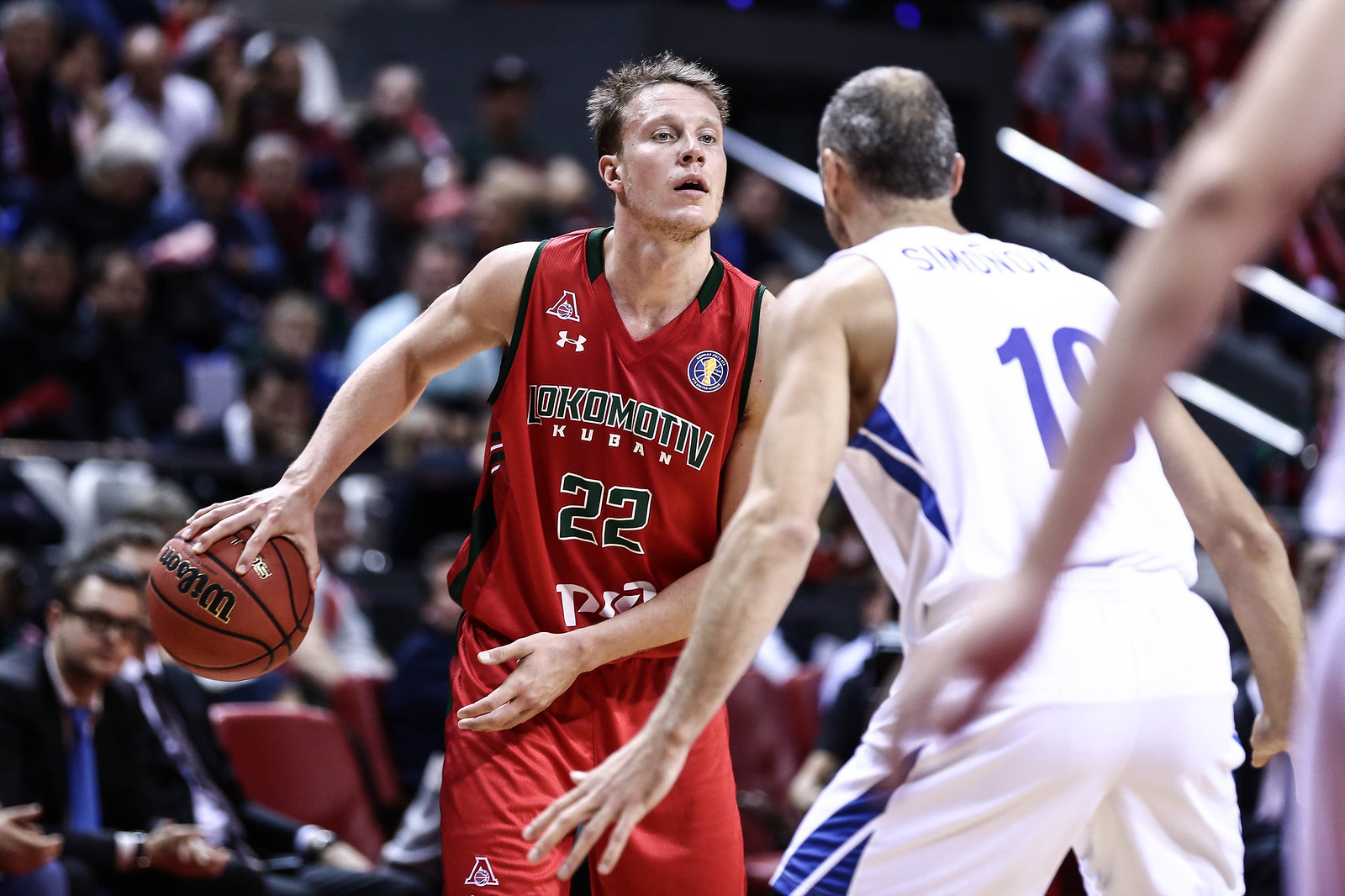 Joan Plaza faced similar issues, but over more time. Since the start of the year, his team has lost player after player to injury, forcing the Zenit boss to constantly plug holes. The biggest loss was Sergey Karasev, who went nearly two months without seeing the court before playing in the crucial game vs. Astana. So far, he doesn’t look like the dangerous, versatile point-forward that he was to start the season. But his talent was still on full display, including a perfect alley-oop pass to Jalen Reynolds that turned heads. Plaza will have a lot of pressure on him to figure out how to put Karasev in the best position to contribute, while also giving him time to get up to speed on the court.

When it comes to best offseason acquisitions, Zenit newcomer Jalen Reynolds automatically gets a spot near the top of the list. He’s one of the most dangerous scoring threats in the League by virtue of being nearly unstoppable in the paint.

The end of the regular season made his impact on the team crystal clear. Forced to miss two games due to suspension, Zenit lost twice, including a crucial match-up with Lokomotiv. Krasnodar was dominant in the paint, scoring 44 points inside the arc.

But the biggest surprise was Jalen’s journey to become Zenit’s most important scoring option, what with Jennings’ departure and Karasev’s injury. He finished second in the League in scoring, averaging nearly 20 points per game. 218-cm-tall Moustapha Fall is probably the best candidate to take on Reynolds, considering his size. But the French center has struggled to stay out of foul trouble and not played as many minutes as expected. As a result,Loko will likely need to try other combinations. In any case, Ponitka and Kulagin are unlikely to score as much as they did in the paint in the last meeting between these teams.

Stat
+46 – Lokomotiv-Kuban outscored Zenit by a combined 46 points in two regular-season meetings. Zenit will try to take revenge both for a poor start to the season and the big loss in St. Petersburg. The northern club, however, has never defeated Krasnodar by more than six points, way back in the 2015-16 season.

Quotes
Lokomotiv-Kuban head coach Bob Donewald: “We face a tough series. Zenit’s leaders are healthy and now they are very dangerous. I think these guys feel very confident going into the quarterfinals. In the playoffs, we need to show everything we’ve worked on in recent weeks. We need to play our best and do everything possible to win. The key to success in this series will be defense. And, of course, we are counting on the support of the Basket Hall!”

Zenit head coach Joan Plaza: “Playoffs games will 100% differ from what happened between us already this season. Physically, Lokomotiv is a very strong team. Our styles are very different, so we cannot start playing their style at any cost. If we play our game and are smart on defense, we’ll have a chance to win. We have tough games ahead, but we are not along for the ride. We’re here to win. No one should be distracted by Krasnodar’s recent results. They clinched their position and didn’t have full rosters for several games. They were getting ready for the playoffs. For me, even if we lose in Krasnodar, as long as we battle until the final seconds, I’ll be satisfied.