Astana did an amazing job in free agency last summer. Every one of the team’s signings has been productive and healthy throughout the season. The only issue for the Kazakh club is the lack of depth. There are only eight players on the roster who average more than 10 minutes per game. Khimki, on the other hand, has 14.

As a result, Astana always has to worry about foul trouble and hope that its stars don’t run out of gas in the 4th quarter. Can Astana manage to stay on the court and stay fresh during a non-stop series against one of the League’s most talented rosters?

Will we see Anthony Clemmons at his best?

Clemmons was Astana’s biggest star for much of the season. Quickly establishing himself as a starter, he went on to win the League’s December MVP award. Clemmons is a dangerous playmaker, equally skilled at scoring and distributing. Through the first 18 games, he averaged 16.8 points and 5.6 assists. 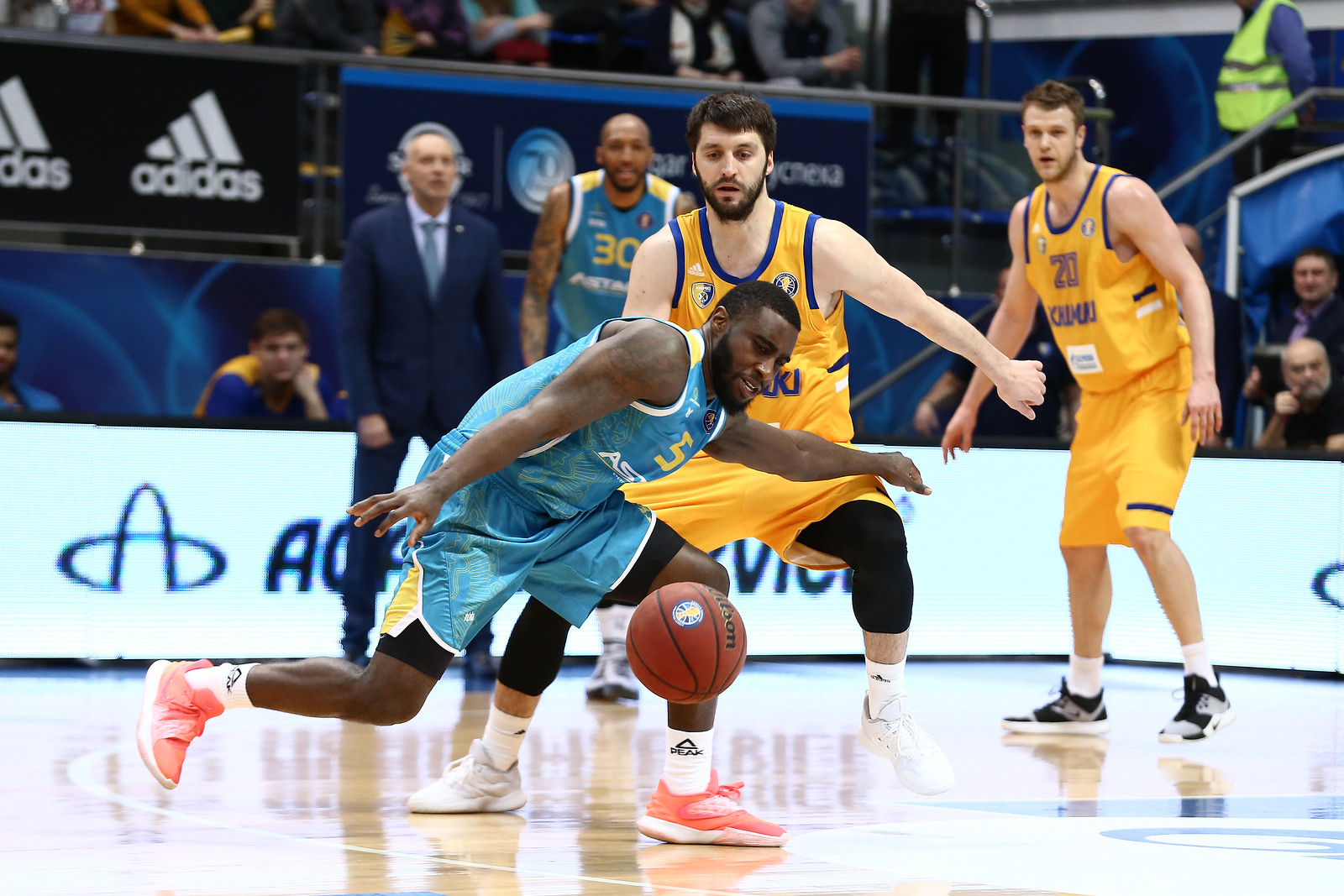 But the game vs. Kalev on March 11 was the last time Clemmons scored more than 10 points in a game. During a seven-game stretch to finish the season, the naturalized Kazakh citizen averaged a measly 6.1 points per game. Astana needs Clemmons to play the way he did in the first half of the season if it wants a shot at defeating last year’s runners-up.

Shved is the most dangerous player in the League and nobody can stop him except for himself. He played at an extremely high level in April, averaging 26.2 points and 5.7 assists over the final four games. He’s usually at his best in crunch time, with numerous memorable performances, including last year’s Final Four win over UNICS or the five-game semifinal series with Zenit in 2017. Astana doesn’t have a defensive specialist capable of putting much pressure on the Khimki superstar. With Janis Timma’s arrival in Moscow Region–another versatile, dangerous offensive weapon–slowing down the Yellow and Blue on the perimeter will be even more difficult. Shved has every chance to take over this quarterfinal series.