Story
Khimki haven’t lost in Nizhny Novgorod for almost five years and tried to start the game from a position of strength. But Nizhny’s debut possession in the game set the tone for the entire first half – it ended with a shot of Anton Astapkovich from beyond the arch. Russian forward’s precise shots helped the hosts to grab the initiative – 14:6 by the middle of the first quarter. By giving a lot of light to Greg Monroe, Khimki managed to catch up, but the end of the first quarter still remained with Nizhny. The second quarter started with a 7:0 Nizhny’s run, and Khimki found themselves in a dangerous position – the score gap became double-digit. The rest of the time before the big break passed under the sign of Anton Astapkovich, who seemed to be possessed by Klay Thompson – the Nizhny’s sniper scored any shots from any position. Four accurate three-points in a quarter and 27 points scored – with these numbers Anton went for a break, and his team was leading to this moment with a score of 51:39.

Starting the third quarter Nizhny with the help of the same Astapkovich increased the gap to +13, but all in all, the break was good for Khimki, that significantly increased their defense. Dairis Bertans initiated the chase of the guests – a couple of successful possessions from him helped Khimki reduce the gap, Monroe rejoined the team, and by the end of the third quarter Khimki were only 4 points behind – 64:60.

Key moment
In the final quarter Astapkovich’s activity noticeably decreased due to two personal fouls in a short time. On the other hand, Khimki were clearly inspired and at some point equalized the score. But it turned out that Zoran Lukic also had a second secret weapon – the newcomer Kasey Shepherd. The guard, who did not stand out a lot during the game, began by provoking Khimki’s defense several times into fouls, which he successfully pursued. Feeling confident, Shepherd began to complete almost every possession of his team and in the end he broke the seemingly eternal record of Keith Langford (23 points per quarter). Khimki never found a cure for the “Shepherd factor“, losing the second game in a row – this is the first time in the team’s history that they start the season with two defeats following each other.

Heroes
Anton Astapkovich and Kasey Shepherd. It is difficult to choose one of this pair, who scored two-thirds of their team’s points. And if Shepherd got involved in the most important moment of the game, then without Astapkovich’s “machine gun” during the first half of the game Nizhny would hardly have managed to create a solid handicap before the break.

Stat
26 points in a quarter is the new United League record that belongs to Kasey Shepherd.

Nizhny Novgorod head coach Zoran Lukic:
– I must praise my team for this win, it has 2 reasons. First one – our defeat from Digon that showed as what we should correct. The second one – Khimki’s state but I won’t comment on that. Maybe, if Alexey Shved played tonight the game could be different. The key moment was in the fourth quarter. I guess that everybody liked Kasey Shepherd in clutch but I can say that we started control the game when the opponent decided to change the defense. It took a while to adapt but in the fourth we figured it out and won the game.

– First of all, I would like to congratulate Nizhny Novgorod on a good game. I think they enjoyed playing at their maximum today, what can’t be said about our team. We have the same problems as we did in the first game – there are not enough guards. During the last training session, we lost Sergey Karasev: his finger was knocked out, and he wasn’t able to help us today.

Next
Nizhny Novgorod: October 10 home vs Zielona Gora
Khimki: September 28 on the road vs Enisey 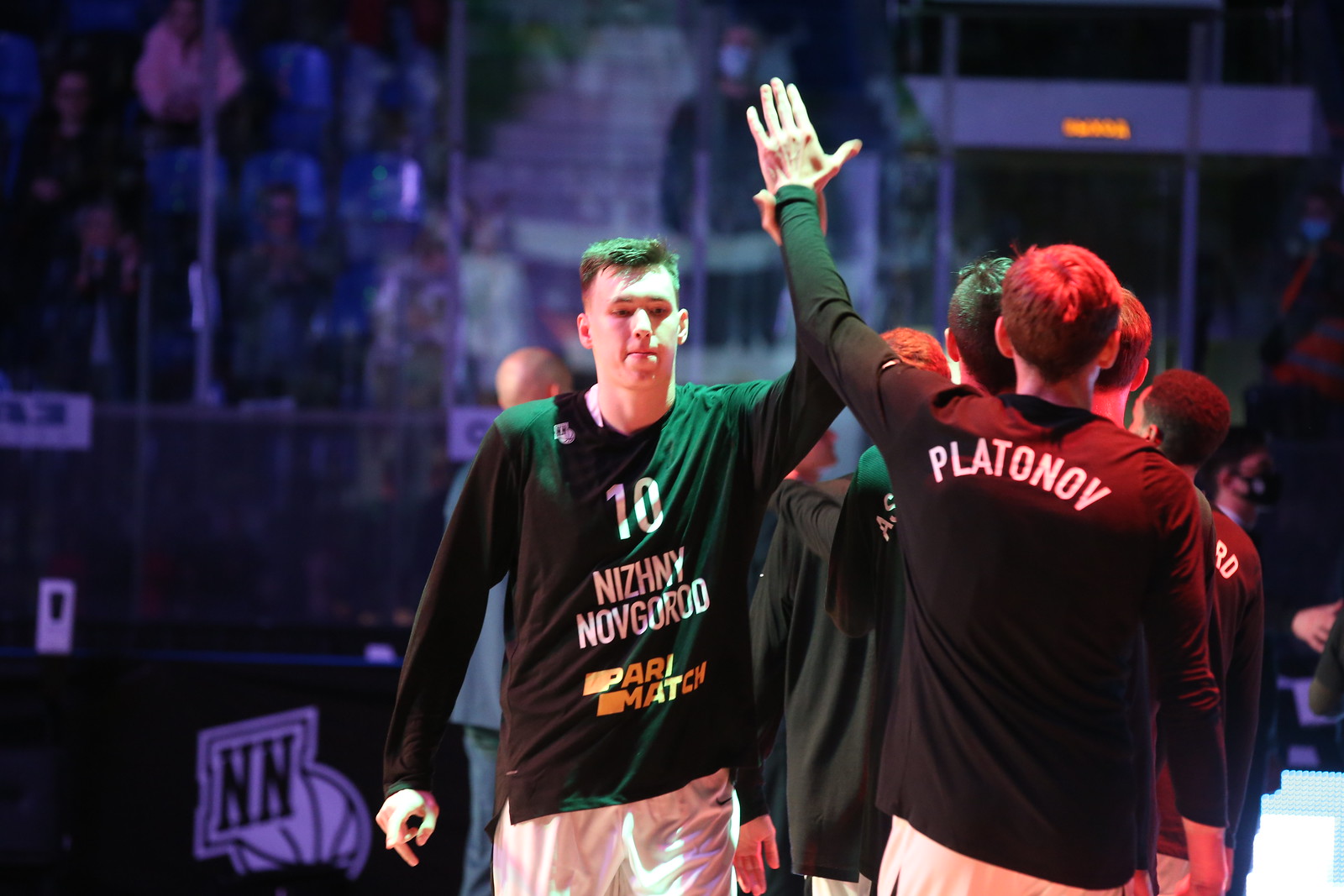