Story
Nizhny Novgorod picked up its sixth win in seven games, stunning Perm with a big comeback after trailing by as much as 17 midway through the 2nd quarter.

The visitors were led by Ivan Strebkov’s 23 points. The Russian guard was the difference-maker late in the first half. Staring at a 49-32 deficit, Strebkov scored Nizhny’s final seven points before the break, trimming PARMA’s lead to a manageable 51-42.

He stayed hot to open the 3rd quarter, scoring six more while teammates Kendrick Perry and Evgeny Baburin combined for three 3-pointers to give Nizhny its first lead, 57-56, with 5:34 to play in the period.

Perry and Baburin were terrific from beyond the arc all game, knocking down nine of 15 attempts. Baburin hit another huge triple late in the 3rd, answering a three-point play from PARMA’s Eigirdas Zukauskas and giving the visitors the lead for good, 63-62.

PARMA fell behind by as much as nine late in the 4th quarter before a furious comeback got the home team within a single possession, 81-78, with a minute remaining.

Zukauskas had a chance to cut the deficit to one, but split a pair of free throws and Strebkov put Nizhny back on top by four, 83-79, when PARMA was forced to foul.

PARMA had one final chance as Ken Brown drew a foul and knocked down the first of two free throws. He missed the second and Kodi Justice nearly grabbed the rebound, but lost the ball out of bounds.

Two more free throws from Nizhny sealed the deal, 85-80, and helping the Russian club move above .500 for the first time this season (8-7).

PARMA, on the other hand, has now lost six in a row (3-12) and will need a miracle run to make the playoffs.

Star
Ivan Strebkov. The Nizhny Novgorod leader scored a game-high 23, shooting 9-14 from the field and kept the pressure on PARMA’s defense the entire game.

Stat
17 – Nizhny recorded its biggest comeback of the season in the win.

Quotes
PARMA head coach Nikolajs Mazurs: “This was a very upsetting loss after a good start to the game. Unfortunately, in big moments and when the game got physical, the team could not manage the pressure. We lacked the composure to stay strong after several mistakes and bad breaks. It’s also too bad that our second point guard was unavailable today. Plus, we only found out this morning that Ivan Lazarev was sick.

Looking at the game with Nizhny Novgorod as a whole, we lacked physicality under the basket. We weren’t strong enough. As a result, we committed travels, couldn’t corral balls and missed shots under the basket.”

Nizhny Novgorod head coach Zoran Lukic: “I want to congratulate my team on the second half of the game. We had an idea of how PARMA would play, but, unfortunately, the start of this game was a continuation of our game vs. Ventspils. We did not handle the pressure in the 1st quarter and made mistakes, but after the break, we had a frank discussion and everyone saw the true Nizhny Novgorod, a team that knows what to do and how to respond to a punch.” 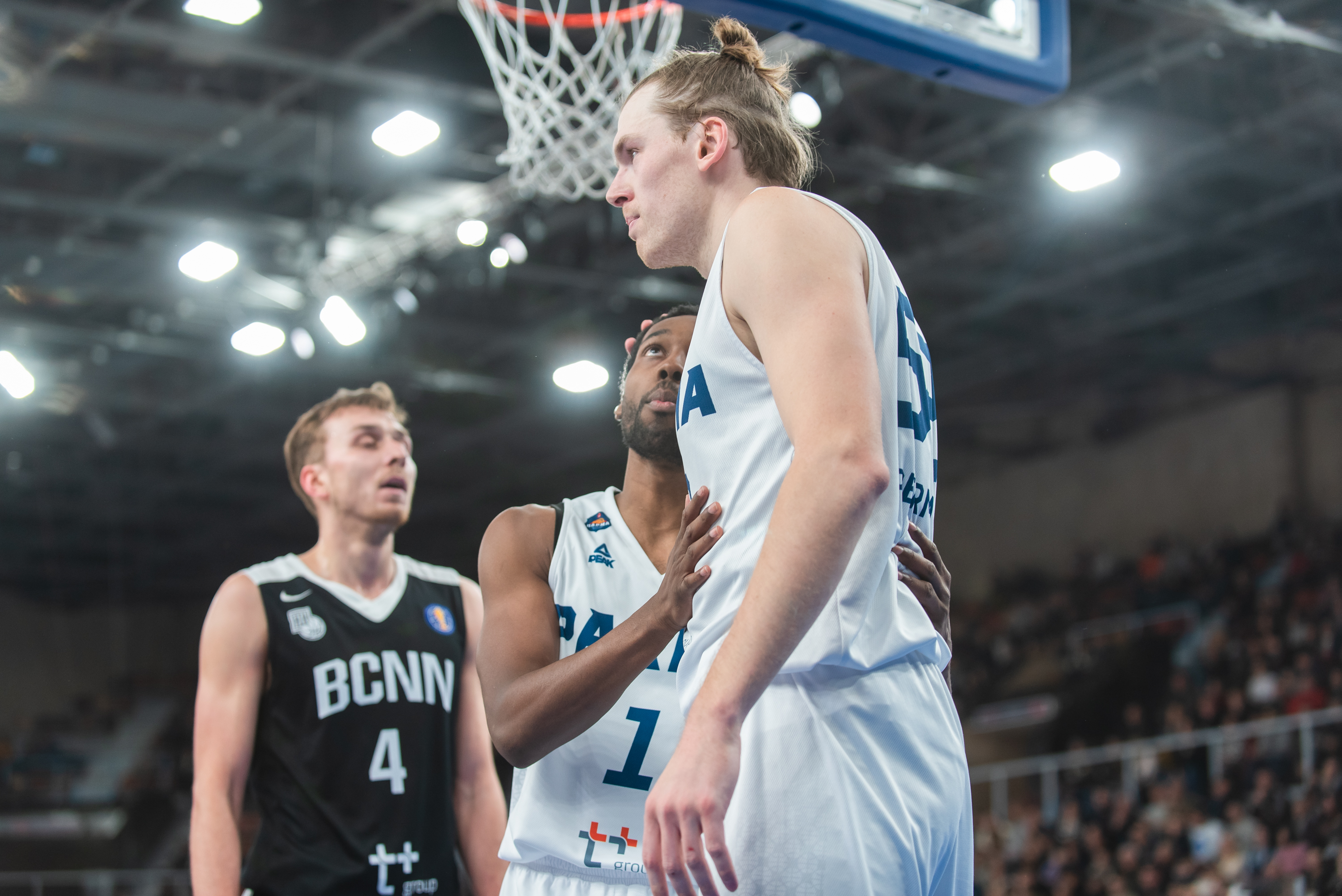