Story
Ivan Strebkov scored 25 points to go with nine assists and Nizhny Novgorod hit a flurry of clutch shots late to knock off Astana on the road.

The visitors got a big boost from new arrival Darrin Govens. The American guard scored 15, including the go-ahead 3-pointer and a big layup in the final minutes to help Nizhny pull out the win.

Astana has been the biggest surprise of the season and battled hard in this game, out-rebounding Nizhny 36-30 and overturning a six-point deficit to open the 4th quarter.

The game hung in the balance until the final minute. After Geoffrey Grosselle sank a jumper to cut the deficit to one, 84-83, the home team needed a stop with 1:12 remaining.

Instead, Govens grabbed a huge offensive rebound on a Strebkov miss, before Anton Astapkovich completed a three-point play to put Nizhny up by four.

Needing a miracle, Astana instead turned the ball over on the following possession and Nizhny was able to close out the 89-83 win.

With the victory, Nizhny Novgorod improves to 2-4, only one game back of Astana (3-3) for the final playoff spot.

Star
Ivan Strebkov. Govens was the hero down the stretch, but Nizhny stayed alive thanks to a masterful performance from the Russian guard: 25 points and nine assists.

Quotes
Astana head coach Emil Rajkovic: “Congratulations on the win to Nizhny Novgorod. I want to note we had big issues with our rotation today. Our opponents had a deeper bench and could use more players than us. On big shots, Nizhny was more focused and knocked them down. But three wins and three losses to start is not bad at all. The battle continues.”

Nizhny Novgorod head coach Zoran Lukic: “I want to congratulate our opponent on a competitive battle. From the first to the final second, they never gave quit, even when we led by 10 points. But we talked things through in the second half and fixed some issues with our play. That’s what allowed us to win.” 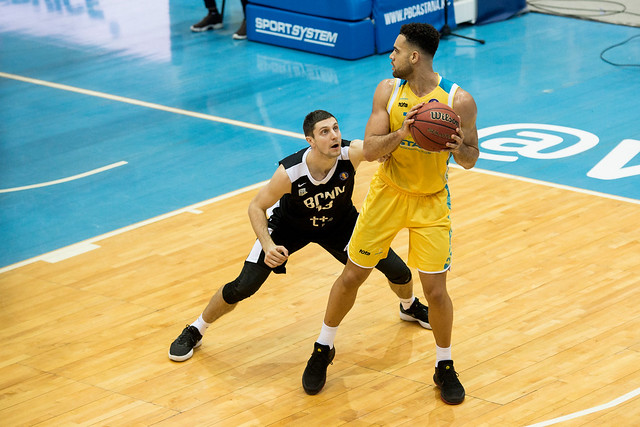