Story
Nizhny Novgorod picked up its 10th win in 12 games to remain one of the League’s hottest teams and move closer to clinching a playoff spot.

The Russian hosts picked apart the Polish defense with clockwork teamwork, dishing out 27 assists to only 10 turnovers.

Kendrick Perry led the way with 11 dimes, while Artem Komolov scored a career-high 24 points on sparkling 6-6 shooting from beyond the arc.

Nizhny Novgorod outscored Zielona Gora in each of the four quarters, grabbing its first double-digit lead early in the 2nd quarter on a Kendrick Perry layup.

The home team stretched the lead to 17, 50-33, by halftime and never looked back, running away with their fourth-straight win.

Zielona Gora was unable to counter Nizhny’s aggressive defense, giving the ball away 22 times and getting outscored 27-3 in points off turnovers.

The hosts dominated in almost every statistical category, outshooting Zielona Gora 58-47% from the field and 16-9 at the free-throw line.

The win helps Nizhny improve to 12-8, one game behind Astana and Zenit for 5th place. Zielona Gora remains in 12th place at 4-16.

Stat
11 – Zielona Gora had only 11 assists, symptomatic of the team’s struggles on offense.

Quotes
Nizhny Novgorod head coach Zoran Lukic: “I need to congratulate Nizhny Novgorod on today’s game. Personally, the second half was important, because you remember our collapse after halftime in the previous game vs. VEF. We were able to avoid that today. The second important thing is that we tried not to overwork our leaders and finish out a win.

I’ll be honest, I didn’t expect this type of margin in this game. I know Jovovic well. I know Zielona Gora can play much better. That’s a fact! But they are dealing with a tough period right now.”

Zielona Gora head coach Igor Jovovic: “From the star, the difference between the two teams and their approach and energy on the court was noticeable. Nizhny Novgorod took the game under control by the end of the 1st quarter and deserved to win.

Over the past eight days, we’ve played too many games against tough opponents, which evidently had an effect on us.

I can say that Nizhny Novgorod looked almost perfect today and is in great shape before the Champions League quarterfinals. As for us, we tried to use as many players as possible, since we have a big derby game coming up in the Polish league.” 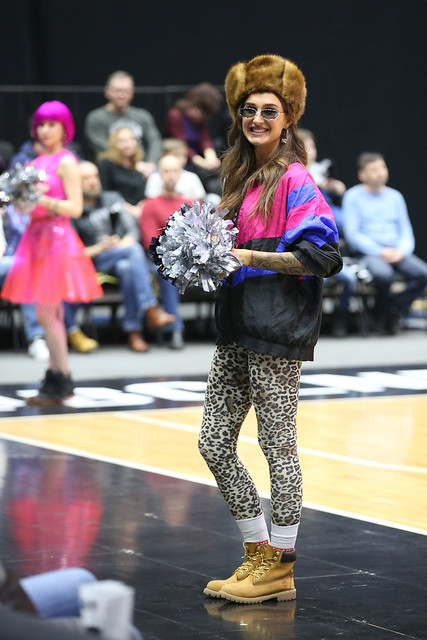