Story
Dorell Wright hit the go-ahead triple and Lokomotiv-Kuban held on a for a dramatic two-point win in Moscow Region to regain control of 4th place.

Playing without Alexey Shved, the home team streaked to a 15-5 lead before allowing Lokomotiv-Kuban to storm back with a 9-0 run and dictate the tempo the rest of the first half.

Krasnodar led by nine at halftime, 47-38, after a 12-0 run from the Russian trio of Kulagin, Fridzon and Khvostov erased a slender one-point Khimki lead.

But Khimki fought back in the second half. Charles Jenkins tied the game at 58-apiece midway through the 3rd quarter with four more lead changes and two ties highlighting a fiercely-fought period.

Krasnodar tried to put the game away early in the 4th, taking a seven-point lead on Vitaly Fridzon’s second triple of the night.

Khimki battled back. Jordan Mickey scored seven straight points for the Yellow and Blue before back to back buckets from teammate Malcom Thomas gave Khimki its first lead of the quarter, 82-81. Remarkably, the home team would not score again over the final two-plus minutes.

Khimki certainly had plenty of chances, but four straight missed shots, including a potential game-winning 3 from Stefan Markovic on the final possession, doomed Rimas Kurtinaitis’ men to defeat.

The victory pulls Lokomotiv-Kuban to within one game of Khimki for 3rd place (11-5 and 12-4, respectively).

Star
Dmitry Kulagin. The Loko guard tied Jordan Mickey for most points and nearly recorded a triple-double (17+8+8), while making up for a miss down the stretch by dishing the game-winning assist to Wright.

Quotes
Khimki head coach Rimas Kurtinaitis: “It’s unfortunate. We need to win games at home. We had issues rebounding because we were at a height disadvantage, though we did a good job battling and I don’t have any issues with my players. We gave everything we had, but got a little unlucky when Dee Bost missed an open shot and Wright hit his in an identical situation. The second thing I would like to draw attention to is that we all need to learn how to play down the stretch. It’s odd. It’d be one thing if the players were 20 years old and needed to learn, but most of our players are adults and some are over 30, but we still don’t know how to finish games. That was the case vs. Zenit when we led by four with 40 seconds left and could not get a shot off in 20 seconds and didn’t even play offense. No one understood that we needed to push the tempo to save time. Today we had 10 seconds. We had time to force a foul or score under the basket. Instead, we took a tough shot from the top of the key. We need to learn from these moments. It’s difficult because there are different situations in every game, but it’s something to work on because the end of the game is the most important. That’s our weakness, which we need to turn into an advantage.”

Lokomotiv-Kuban head coach Vlada Jovanovic: “This was a very difficult and important win for us. After the losses to ASVEL and CSKA, we needed to demonstrate our response playing against of the VTB League leaders. That was somewhat the case vs. Skyliners, but we truly redeemed ourselves today. I expected that we would play much better in Khimki, especially on offense, and that’s what happened. I’m proud of how we played against a EuroLeague team. Congratulations to Khimki on an excellent game and my guys on a big win!” 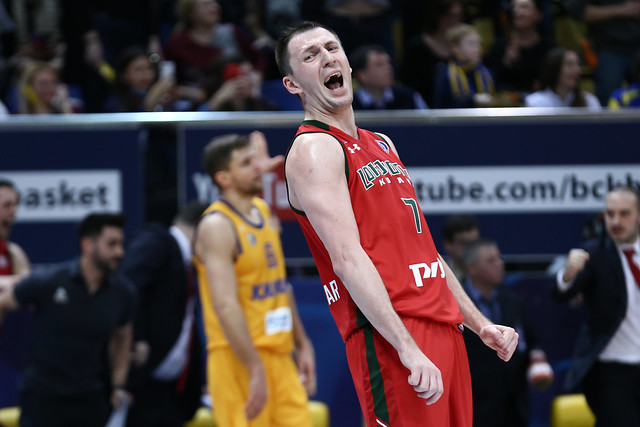