Story
Enisey erased a nine-point deficit in the 4th quarter to shock Khimki and secure its 10th win of the season. Trailing 74-65 with a little more than six minutes remaining, Enisey got a pair of clutch 3-pointers from Michael Bruesewitz, then outscored the home team by 17 down the stretch for the upset victory.

D’Angelo Harrison continued his strong play to finish the season, recording a double-double with 34 points, 12 rebounds and a season-best 42 efficiency rating.

Harrison was also responsible for the game-tying triple and go-ahead layup that put Enisey on top for the first time since the first half (78-76). After Alexey Shved scored five unanswered points to tie the game again at 82-82, Harrison ripped off an 8-0 run that clinched Enisey’s victory.

The defeat means that Khimki is now locked into 3rd place in the standings and will face either Kalev or Zenit in the first round. Enisey can finish in 9th place with a win over Avtodor to finish the season.

Stat
2 – Enisey defeated Khimki for only the second time in club history.

Quotes
Khimki head coach Rimas Kurtinaitis: “Congratulations to Enisey on the win. They were great and fought to the end. Harrison probably played the best game of his career, but we let him do it. I’m not happy with my team and my players’ attitude. I’ve said over and over that there are no unimportant games. It doesn’t matter if we’re second or third. If you work, you need to treat the work honestly. There was no team spirit, desire or sense of embarrassment in front of the fans today. We need to address this, refocus and prepare for the playoffs. We missed Timma. He’s an X-factor of sorts for us. He bailed us out in several games with his Latvian toughness and by firing everyone up. I didn’t see anyone like that on the court today. I want to apologize to the spectators who did a great job of supporting us.”

Enisey head coach Oleg Okulov: “We played a pretty game after a disappointing loss in Kazakhstan. Even though we’re only playing for pride, since we didn’t make the playoffs, the team continues to compete. That’s gratifying and I’m satisfied. A lot of guys would stop trying and go home, but we are finding inner reserves. It’s not easy playing against Khimki, since the talent and level of the club is significantly higher than ours. But we survived even though the game had its ups and downs. Any win is always good and it’s especially positive against a strong, powerful club like Khimki. Nothing changed for us in the standings. We have one more game, but it was a positive boost. In any case, I said we could beat Khimki and we did it.” 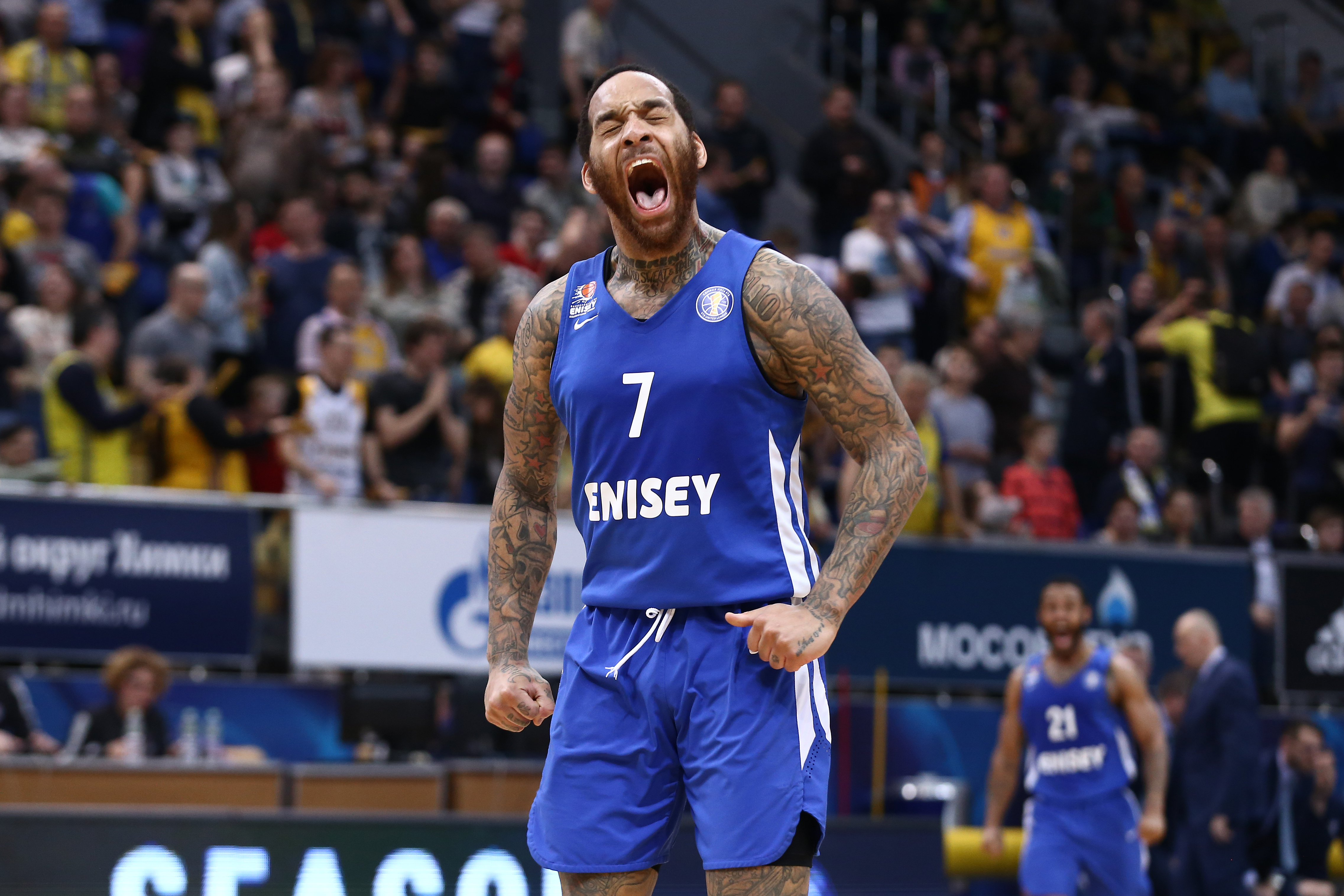