Story
Before the tip-off Khimki were the only undefeated team this season (5-0). UNICS started with less success (2-2), but Kazan had more time to recover as Khimki had three games in six days (including Euroleague).

Better physical conditions helped UNICS only in the beginning (7:2 run). After that, the home team responded with three consecutive shots from beyond the arc in 54 seconds (two by Shved) to take the lead. UNICS struggled with the rebounds (13-32 after 20 minutes) and finishing. During the most part of the first half Errick McCollum was the only to have two or more baskets. And for the yellow-blues it was quite the opposite as four players had 10+ points, and the snipers worked well (9 of 16). Khimki built 13-point lead in the first period (29:16) and even reached 27 in the seconds (43:16, 51:24). Klimenko’s dunk before the break was meant to wake UNICS up cutting the margin down to -17, 57:40.

Key moment
Nonetheless, Alexey Shved stopped the waking up. In the start of the second half he scored 8:0 within Khimki’s 10:0 run making it 67:40. Eventually, Khimki scored 109 points (the second best after 114 of CSKA) and got the win with a +26 differential. Khimki stay undefeated, and UNICS fell to the negative record 2-3.

Stat
45 points combined by Alexey Shved and Davin Booker. The star duo made 17 of 23 field goals.

Hero
Alexey Shved. The numbers are high as usual, and this time Khimki leader showed real efficiency. Within 27 minutes, he made 8 of 11 field goals and only 2 turnovers. His record is 24 points, 4 rebounds and 8 assists.

Comment
Khimki head coach Rimas Kurtinaitis:
I liked how the game went. I’m happy for the guys who knew how important that game was and gave it all on the court. This is what we lacked in Belgrad. Long story short, we played well. It’s not about the points though, it’s about the effort and the work done. Good victory.

UNICS head coach Dimitris Priftis:
It’s a bad day for the team and for me. We showed nothing in the first period and made bad base for the fight. We’ve allowed to much points. And then it was hard to fight back, even though we tried. But it was not enough. 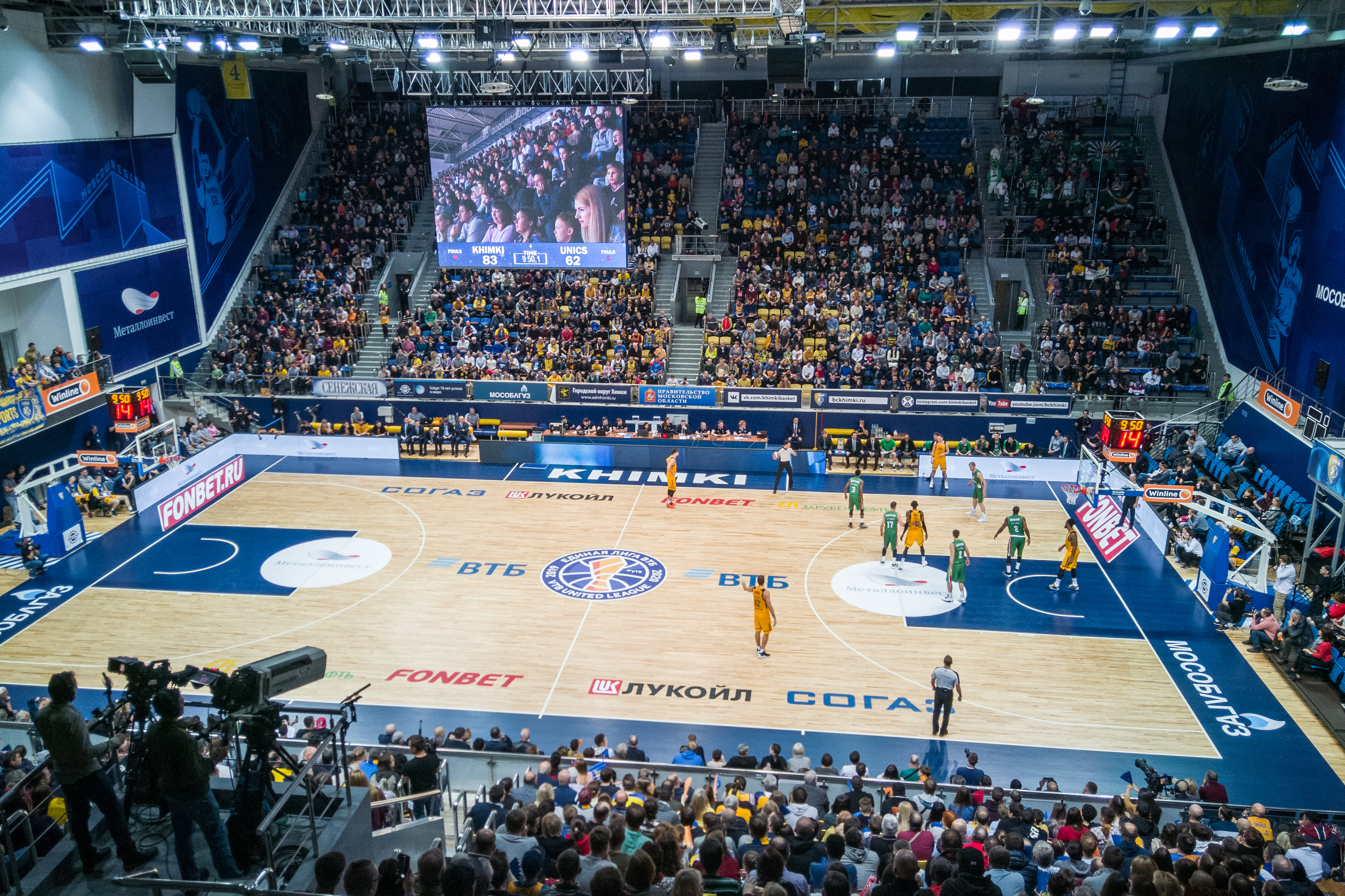