Story
Khimki capitalized on its advantage in the paint, specifically Jordan Mickey, to close out its quarterfinal series with Astana in a three-game sweep.

Playing at home, the Kazakh club proved much more competitive than in Games 1 and 2. Astana stormed to a 25-11 lead in the first quarter, courtesy of four 3-pointers and a rash of Khimki turnovers.

But a lightning-quick 13-0 run by the visitors to close the period erased all of Astana’s early momentum. Jordan Mickey scored seven of his game-high 25 points to lead Khimki’s comeback.

The rest of the game was much more competitive. Khimki and Astana traded the lead over the next two quarters, and the visitors ultimately took a five-point advantage into the decisive 4th quarter.

Astana kept it close for the first three minutes. A pair of free throws from J.J. O’Brien reduced the home team’s deficit to four, 72-68, with 6:52 remaining.

Alexey Shved, who was quiet most of the game, answered with a 7-0 run, capped by a 3-pointer that gave Khimki a commanding 79-68 advantage with five minutes to go.

The Kazakhs refused to quit, getting as close as four points in the final minute, but a huge 3-pointer from Sergey Monia sealed Khimki’s win and put the Yellow and Blue through to the semifinals, where they will face UNICS.

Jordan Mickey led the way for Khimki all night, piling up 25 points and eight rebounds, while missing only one shot (11-12). He also posterized the Astana defense on this play.

Quotes
Khimki head coach Rimas Kurtinaitis: “I’m very happy about making the semifinals. We knew that even after two comfortable home wins, it wouldn’t be easy, since Astana had no margin for error. I want to give the opponents’ players and coaching staff credit. This series was not easy. I also want to compliment our team’s good defense at home and on the road.”

Astana head coach Emil Rajkovic: “We played well today. We had a chance to win the game, but Khimki deserved its win. I’m very proud of my players. They made this the most successful season in club history. I hope Astana will have even more fans next season.” 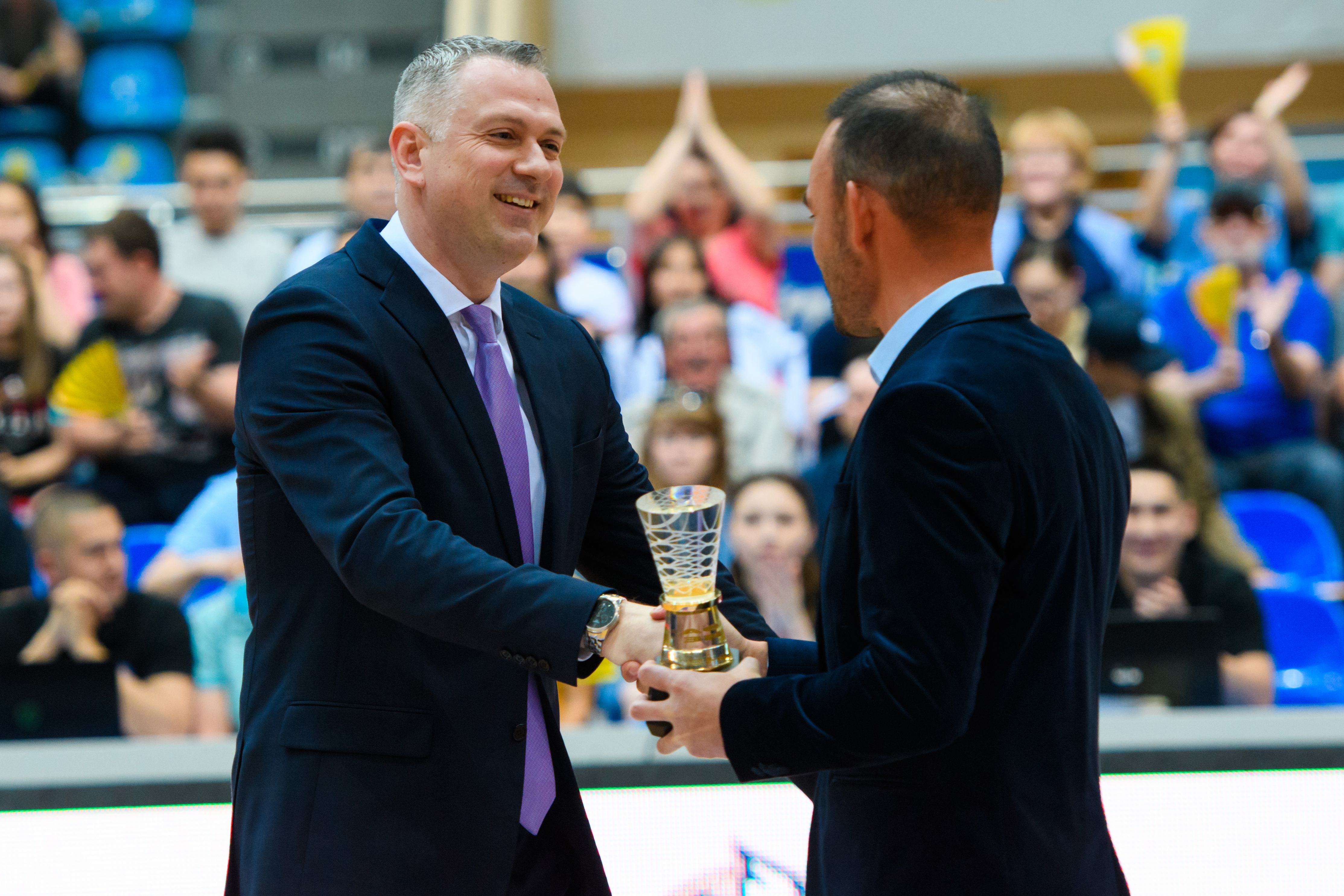