Story
Ravaged by injuries, Nizhny Novgorod played Kalev close for 20 minutes on the road, even leading by five at halftime. But the Estonians erupted for 55 points in the second half, sparked by the lights-out perimeter shooting of Chavaughn Lewis and Tony Wroten in the 3rd quarter.

After losing breakout star Georgy Zhbanov to injury prior to the game, Nizhny was forced to play with a very short rotation. Only six players saw the court for more than 11 minutes, but the visitors didn’t back down, distributing the ball with six assists in the 1st quarter. Nizhny led by as much as seven, 22-15, after a 5-0 run from Anton Astapkovich, before Kalev cut the deficit to one to close the period.

Nizhny controlled the 2nd quarter, too, using timely shooting, including a rare Ian Hummer 3-pointer to remain on top by five, 44-39, at the break.

But knowing it had a chance to take over 7th place with a victory, the home team started the 3rd quarter on fire. Chavaughn Lewis drained back-to-back 3-pointers to give Kalev the lead and the Estonians went on to outscore Nizhny by 12 (27-15) in the period.

Lewis finished the quarter with four 3-pointers, while Wroten added a pair, stretching the lead to as much as 12, 66-54, courtesy of a 16-2 run.

Nizhny, of course, didn’t quit. The visitors responded with a 9-0 run stretching into the 4th quarter and only trailed by five, 82-77, with three minutes left in the contest.

But there would be no happy ending for the Russians. Arnett Moultrie went 3-4 from the line and Kristjan Kitsing hit a clutch 3 that gave Kalev a nine-point lead in the final minutes.

Kalev ultimately won by 10 and takes over 7th place from a reeling Nizhny Novgorod. The Estonians still have a chance to finish as high as 6th with a win next weekend over Lokomotiv-Kuban.

Stat
1 – Kalev won the season series vs. Nizhny Novgorod for the 1st time in club history. As a result, Kalev will hold the tiebreaker if these teams finish the season with identical records.

Quotes
Kalev head coach Donaldas Kairys: “I’m very happy we were able to secure our 13th win of the season. Now we have a chance to finish 7th in the regular season. That will give us extra motivation vs. Lokomotiv-Kuban. I want to express my deep respect for Nizhny Novgorod. They have lost several players to injury, but were still in control and led most of the game.”

Nizhny Novgorod head coach Zoran Lukic: “First of all, I want to thank my players. Despite a difficult situation, they were able to exhibit very good, decent basketball, which I can’t say about Kalev. I wish our opponent all the best in the playoffs, but I can’t thank them for today’s game.” 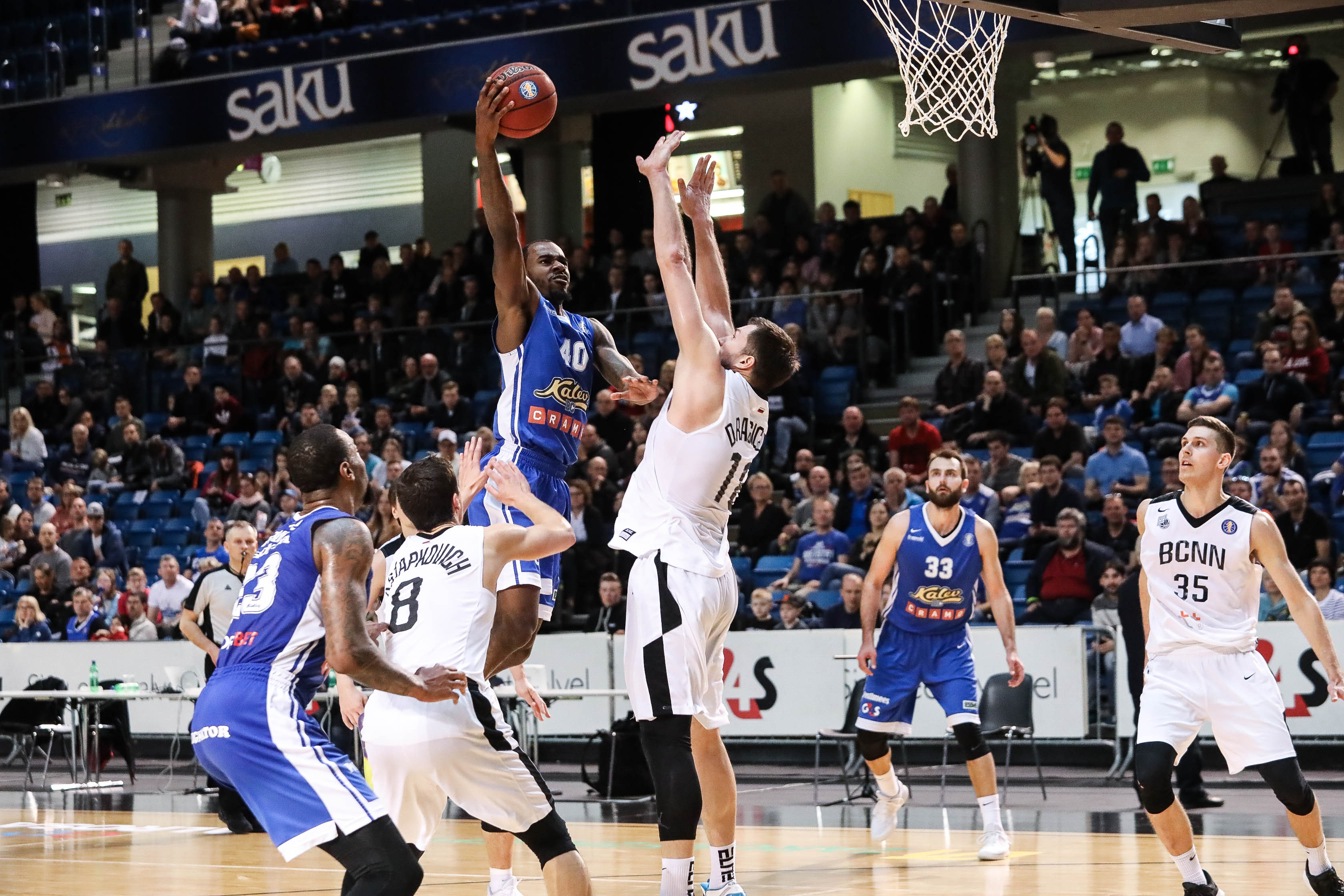