Story
Kalev took another step toward a first-ever postseason appearance, defeating Enisey at home by an 18-point margin. The game was closer than the final score would indicate as Enisey trailed by only nine entering the 4th quarter.

But the Estonian offense was too much for the visitors down the stretch. With Enisey hanging around, 100-90, with three-plus minutes to go, Branko Mirkovic capped a brilliant performance with a 3-pointer and 2-point jumper that pushed the lead to 14.

The Serb finished with 19 points, five rebounds and a season-high 12 assists, highlighting a Kalev offense that dished out 24 assists and knocked down 58% of its shots (42-72).

Enisey was ultimately doomed by shaky perimeter shooting. The visitors shot 26% (9-34) from beyond the arc. The visitors were also out-rebounded 42-36 and outscored in the paint by 20.

Both teams started the game on fire, combining for 66 points in the 1st quarter as Kalev eeked out a two-point lead.

The home team gradually built on its lead in the 2nd and 3rd quarters, outscoring Enisey by four and three points, respectively. With sole possession of the 8th place on the line in the 4th quarter, Kalev took control for good, winning its seventh game for the first time since the 2015-16 season.

Star
Branko Mirkovic almost always plays well against Enisey and this game was no exception. The Kalev guard was overshadowed by Lewis and Moultrie most of the game, but his buckets down the stretch helped Kalev preserve its lead. He finished with 19 points and 12 assists, to go with a game-high 32 efficiency rating.

Quotes
Kalev head coach Donaldas Kairys: “I’m very happy we had the right attitude for today’s game. We started okay, but needed to play a little better on defense. We talked about that in the locker room. In the end, we managed to take control of the game. But we need to get better in a lot of areas in order to reach our goal of making the League playoffs.”

Enisey head coach Oleg Okulov: “We haven’t been able to practice five-on-five in recent days. There are a lot of injuries right now. We shot poorly from beyond the arc today. Worse than usual. We let Kalev score more than 100 points. It’s difficult to win when that’s the case.” 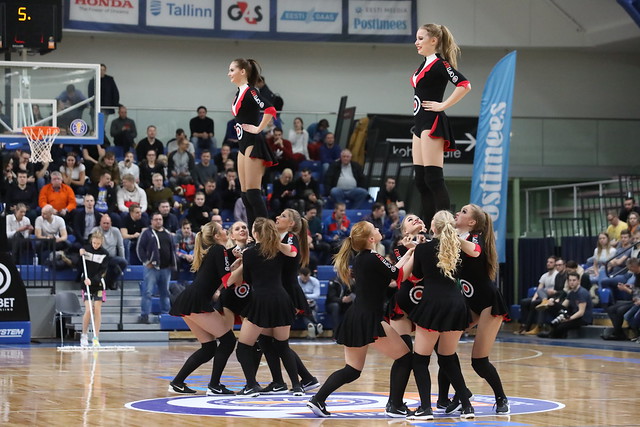