Both teams missed opportunities to close out the game in regulation. Kalev guard Isaiah Briscoe, who finished with a team-high 21, made one of two free throws in the final seconds, knotting the score at 84-84. Teammate Branko Mirkovic stole the ball on the next play, but had his shot blocked, while at the other end Artem Komolov missed a 3-pointer, forcing overtime.

The overtime began fittingly with a Stefan Jelovac 3-pointer. The Nizhny forward scored 45 in regulation, breaking the record of 42 set by Keith Langford, and only needed four points in the extra period to help his team close out a win.

Star
Stevan Jelovac. He missed out on 50 points because of a missed free throw in the final minute of overtime, but his team won and he set League records in points (49) and efficiency rating (55).

Stat
49 of 103 – almost half of Nizhny’s points were scored by one player.

Quotes
Kalev head coach Alar Varrak:
– We got off to a bad start today, but the guys kept battling and turned things around. Any miss at the line or any decision could have been decisive in the final minutes. Of course, Stevan Jelovac enjoyed a phenomenal game today, but I can’t fault my players. They made the right decisions in most situations, but our opponent was a little luckier today.

Nizhny Novgorod head coach Zoran Lukic:
– First, I want to congratulate my team on this important road win – we’d lost several games in the final seconds earlier this season. This was also a win over a direct rival trying to make it into the playoff zone.

Our opponent was very close to winning. We tried the control the tempo, but playing with a short bench, we got tired quickly. We were able to regroup when it mattered most and pull out a win, even if it took overtime.

Up Next
Kalev: March 4 away vs. PARMA
Nizhny Novgorod: March 4 home vs. Khimki 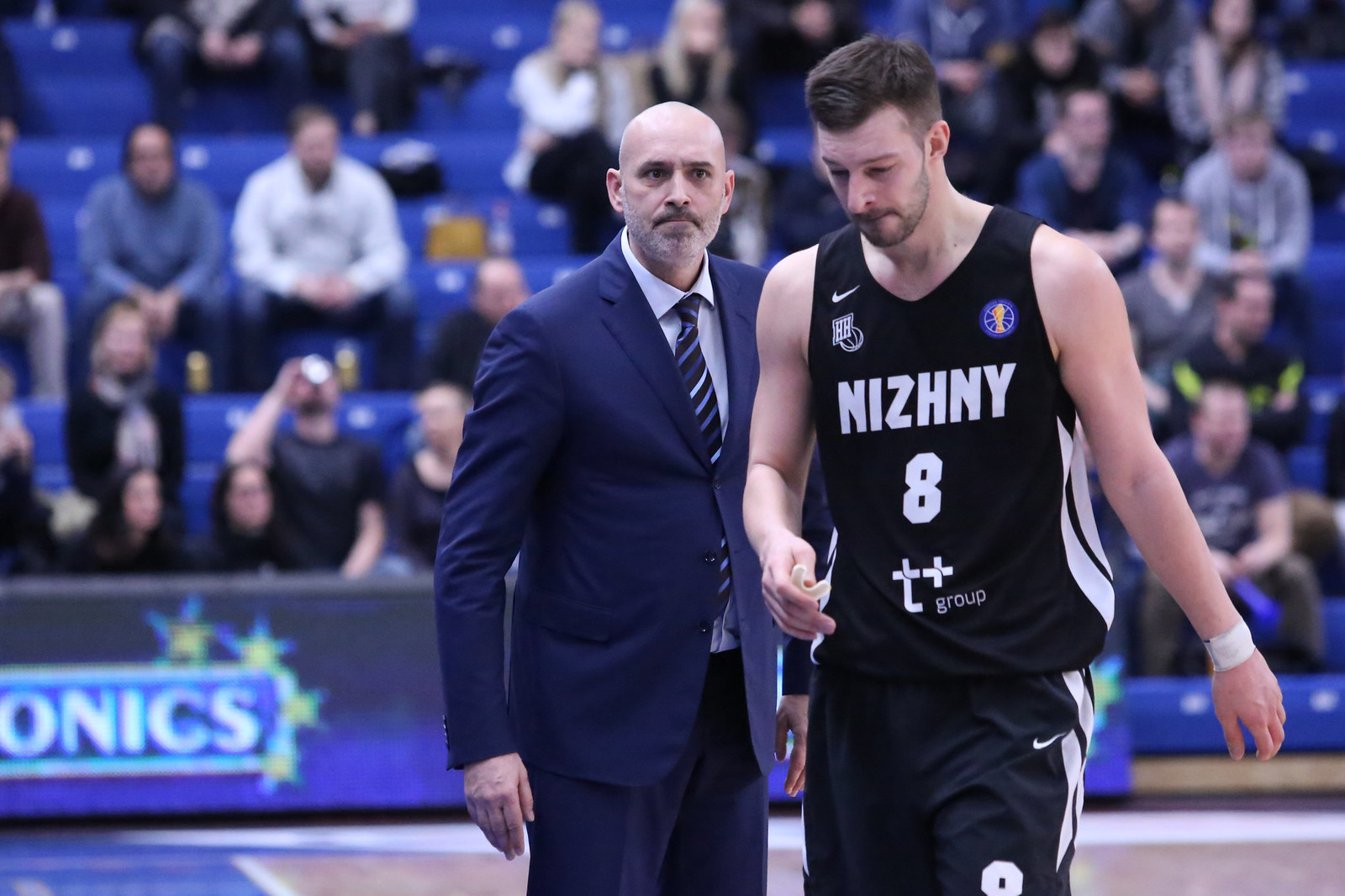