Khimki-2 center Ilya Sorokin, who was named the MVP of the Final Eight in St. Petersburg, gave an exclusive interview in which he discussed what he likes to do in his free time, his biggest weakness on the court and which European team he could have joined last summer.

– You debuted in the Youth League and Superleague this season. What was the biggest challenge in taking a step up in competition?
– The hardest part was fitting on the roster and competing against guys that are 2-3 years older than me. Before this, I’d always played against guys my age.

– You play as a power forward/center, but can also shoot the three. Do you spend a lot of time working on your outside shot?
– I wouldn’t say so. Personally, I prefer playing under the basket. I feel more comfortable there thanks to my physical attributes. When Alexander Gerasimov took over the team, he immediately had me play center. It was uncomfortable at first because I’ve always been a small forward, but I steadily adapted to my new role and my outside shot is still there. – Every basketball player has a weakness. In your opinion, what’s yours?
– Like a lot of coaches I’ve played for say, my weakness is switching on defense. Because I’m not a very mobile player, I often can’t keep up with backcourt players.

– You were down 14 points to Zenit-2 in the quarterfinals, but came back to win. What allowed you to make the comeback?
– We simply stood our ground and believed we would win. At the start of overtime, we managed to get Zenit’s star Vladislav Sharapov to foul out. I think that was one of the key factors in our win over Zenit-2. We also had a deeper bench. For example, the starting point guard for St. Petersburg, Konstantin Shevchuk, played all 45 minutes and was worn out by the end. We kept making substitutions and had chances to rest.

– VTB League president Sergey Kushchenko said that Avtodor-2 leader Nikita Mikhailovsky did not play up to expectations. Do you agree with him?
– I partially agree. But I think it’s hard for Nikita to play for both the senior and youth team. It’s hard to adapt to different conditions, a different roster, different coach and different goals. That’s why he wasn’t able to show his full potential.

– CSKA-Junior lost the lead in the championship game after Alexander Khomenko came out of the game. Was that coincidence or were the Army Men really that dependent on one player?
– I don’t think it was only Alexander Khomenko. The Army Men thought the game would be a cakewalk, whereas we were burning to beat them any way we could. The fact that we were united as a team allowed us to come back.

– When did you know that Khimki would win?
– When we held a double-digit lead for 8-10 minutes. But, honestly, I believed we would win before the game. Even in the final quarter of the quarterfinals, when we were down 10 points to Zenit-2, I knew that we’d get the trophy!

– You played more and shot more at the Final Eight than during the regular season. Was that the coach’s decision?
– You could say so, because our game plan was to go through the big men. It worked out in the final that I got a lot of shots and scored a career-high 23 points.

– After the final buzzer, your team didn’t have any champagne ready. Did you really not think you were going to win?
– No, we believed! We had the champagne, but when we got back to the hotel after the game. That’s where we had our banquet.

– Alexander Gerasimov said that he would give you a week off. But some players are headed back to St. Petersburg for a Superleague game with Zenit-Farm. Are you one of them?
– Yes, I’m going to St. Petersburg, since we don’t have enough players on our Superleague team right now. But I don’t know if I’m going to play since I’m dealing with a shoulder injury. I might not appear on the court. I don’t want this injury to become something serious. I hope I can enter next season at full strength.

– NCAA March Madness ended a few days ago. Did you follow the games?
– While we were at the Final Eight, I didn’t. But I try to keep up with the results. I watch the channels that show NBA and NCAA games. It’s very interesting to watch how they play overseas. It’s more exciting and dynamic.

– Texas Tech played in the NCAA championship game. Andrey Sarasov will be available to play for them next season. Did you know that?
– Yes, I even saw him on the bench when I watched Texas Tech play.

– Have you thought about going to school or college in the USA?
– I’ve thought about it and had some offers to leave. Last year, I could have joined Gran Canaria, but it didn’t pan out and I decided to stay at Khimki, which I don’t regret at all. Right now, I don’t have any plans to go anywhere. 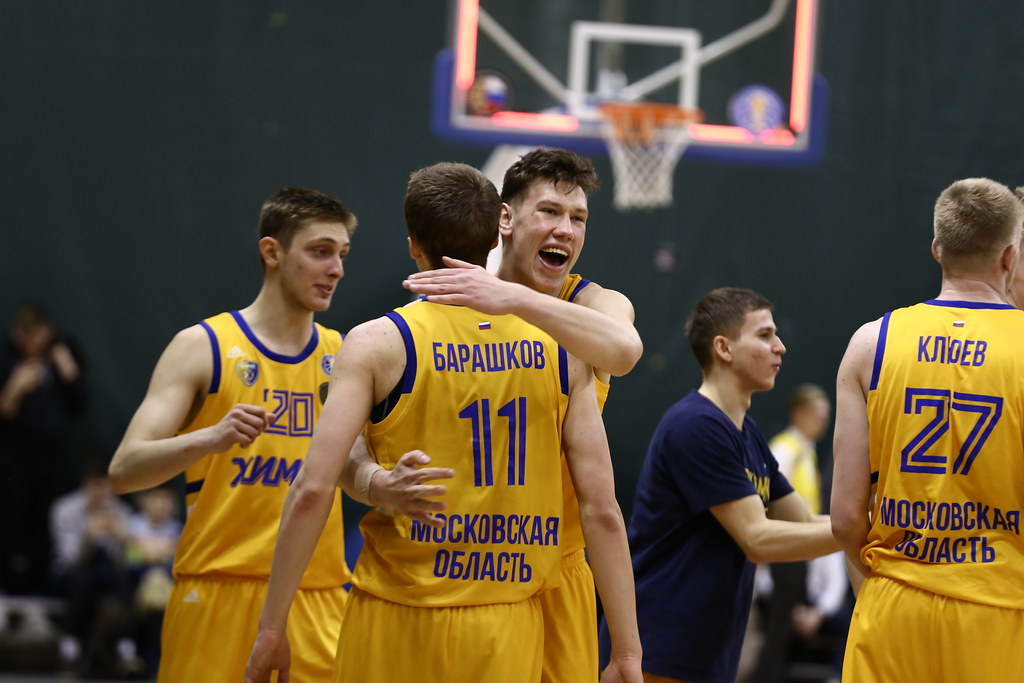 – What is your favorite NBA team?
– To be honest, I haven’t followed the NBA that closely recently. I just like watching basketball. I don’t try to pick a specific team. My dad uses Georgios Printezis as an example and says I should play like him.

– Who is your favorite player?
– When I was a kid, I watched a lot of Lakers game, so my idol is Kobe Bryant. I even picked my number because of him (Sorokin used to wear #24).

– How do you usually spend vacation?
– When my allergies get bad in the spring, I try to go somewhere outside of the country, like Turkey. But I might not have a vacation this time. The season isn’t over, then I’ll play for the DYuBL and I’ll be with the Russian junior national team in the summer. I’ll go out, relax and play video games during my free time.

– What are your favorite video games?
– I like third-person shooters the best: God of War or Devil May Cry. I don’t play sports games much. But I never turn down 1-on-1 or 2-on-2 games with friends.