Story
Khimki improved to a League-best 8-0 with a win over Avtodor at home, despite playing without leading scorer Alexey Shved.

Avtodor rallied in the 2nd half, cutting the deficit to 70-63 with over seven minutes remaining. The visitors were much improved on defense following the break, giving up only 18 points in the 3rd quarter after surrendering 26 in each of the first two periods.

But Anthony Gill saved his best for last. The American big man, who finished with 24 on 10-12 shooting, scored half of his points in the 4th quarter, including Khimki’s first 10 points of the period.

The flurry from Gill put Khimki back on top by 11, 76-65, and helped the home team prevent Avtodor from getting any closer than eight down the stretch.

Star
Anthony Gill. Khimki needed someone to step up in Shved’s absence and Gill delivered, dropping an efficient 24 in only 17 minutes to go with four rebounds and three blocks.

Stat
8 – number of consecutive wins to open the season for Khimki. The Moscow Region powerhouse, however, does not play the League’s other undefeated team, CSKA, until mid-January. Can both teams stay perfect before clashing in Moscow on January 14?

Quotes
Khimki head coach Georgios Bartzokas: “The importance of this game was obvious, since we wanted to maintain our winning streak in the VTB League. Avtodor is an excellent team with an offense-first approach. They are not very good on defense, but if you get caught in their tempo and start to play run-and-gun basketball, you can lose. That’s why it was important to control the tempo of the game. We played solid in the 1st half. We had 15 assists and led by 15, but we didn’t look like much in the 2nd half. Our approach to the game was poor and we didn’t display the right attitude. We started to rush on offense and only had two assists in the 2nd half, which is why we weren’t able to put the game away sooner. We had to battle to the end, since Avtodor played without pressure.”

Avtodor interim head coach Vladimir Antsiferov: “We had a chance and tried to take advantage. The 1st half was bad for us. We slowed ourselves down, lost easy points and allowed Khimki to score driving to the basket and taking open 3-pointers. We were playing from behind and trailed by 15 points, which is a lot. We made adjustments at halftime and played a good 2nd half. There were mistakes, but once we got back to playing our style, we were able to give Khimki a good fight. If we had done so sooner, maybe we could have won. In Alexey Shved’s absence, who has the ball and scores a lot, we could have used that opportunity.” 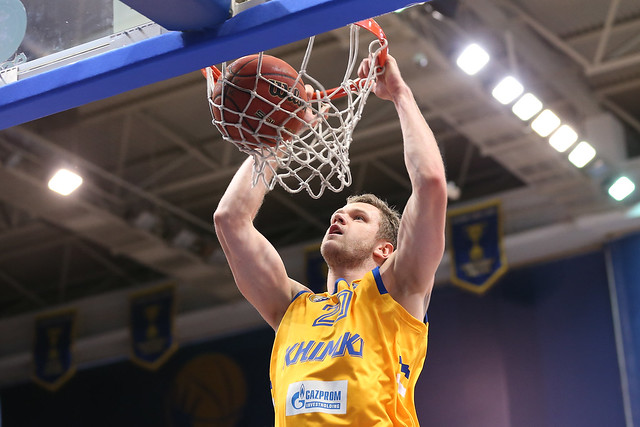