Zenit will host Khimki on Monday. Alexey Shved vs Sergey Karasev was the main rivalry of Russian basketball in 2016/17 season. Today they are teammates.

Face to face:
Having started only in season 2014/15 Zenit still hasn’t found that one rival. But there is the exception. Khimki. In the debut season, Saint Petersburg faced them six times (four games in Eurocup) which set the mood. But the main things happened later. 2017 semifinals are one of the best series in League history. This epic faceoff lasted for all 5 games. Khimki snatched out the finals and Euroleague after trailing 0-2. This is the classics of Russian basketball. Last season, teams meet twice in regular season with two home wins: 90:67 in Khimki and 86:82 in Saint Petersburg. Overall record is 11:8 for Khimki. In VTB League games the Yellow-blues lead 8:7.

Intrigue
Zenit and Khimki both represent Russia in Euroleague and combined with VTB League play 2-3 games a week. Moscow region team have been playing like this third year in a row, so they happened to be better prepared. The Yellow-blues renewed their roster to be able to play in two leagues, give a rest to their leaders and have the key players ready. At the start of the season, Zenit is experiencing what Khimki had last two years: new team is not ready to be stable in such a tough fixtures. Petersburg record from November 1 in both leagues is 3-8. Zenit are in the bottom of Euroleague standings (3-9) and ranked uncomfortably in VTB League: after home loss from PARMA they have negative record 4-5 and 7th place. Stanislav Eremin’s statement that Zenit is going to miss the playoffs still sounds extremely pessimistic, but another loss will be a big damage to the Northern capital. Khimki have it the other way around: ranked 1st, and the only team without losses this season.

Week
This week, Zenit cheered up. On Friday, they outplayed Villeurbanne at home (75:50) to finally get the first win at Sibur Arena in Euroleague. On the same day, Khimki suffered season’s first home loss from Barcelona (94:102). This was their fourth consecutive loss in Europe: after a good start, they are in the bottom of playoffs zone (6-6) and under pressure. Rehearsal
The teams with current rosters have already met in Saint Petersburg in Euroleauge game. In November Khimki won easily 87:73. It’s curious to see how Zenit can response in VTB League.

Tales
The Italian coach Simone Pianigiani was at Zenit vs PARMA game last Tuesday. Fans and the media assumed the visit of ex-coach of Siena, Milan and Italian national is related to Zenit’s weak start this season. Another motivation for Joan Plaza. The Spanish coach understands the situation considering his post-game comment, “This win is dedicated for all those who don’t believe in fairy tales and stay together even in hard times.”

Teamplay
Zenit and Khimki lead the League in assists. Petersburg average 22.1 assists, and Khimki’s result is 23.1

Familiar faces
Three ex-Yellow-blues play for Zenit: Dmitriy Khvostov (2011-2013), Anton Pushkov (2011-2012) and Andrey Zubkov (2017-2019). The latter could have faced a grudge match after leaving Khimki this summer, but currently forward is recovering from an injury. Three players moved to Khimki from Saint Petersburg: Sergey Karasev (2016-2019), Andrey Desyatnikov (2014-2019) and Janis Timma (2015-2017). Karasev used to be Zenit’s first star, but after his father Vasiliy was replaced by Plaza, Sergey didn’t fit in new team which makes this game special for him.

Duel
Alex Renfroe vs Alexey Shved
Renfroe gains more weight in Zenit offense as he was key factor to wins over UNICS (25 points, 6 assists, 4 of 4 three-pointers) and Villeurbanne (16 points, 8 assists, 2 of 2 three-pointers). 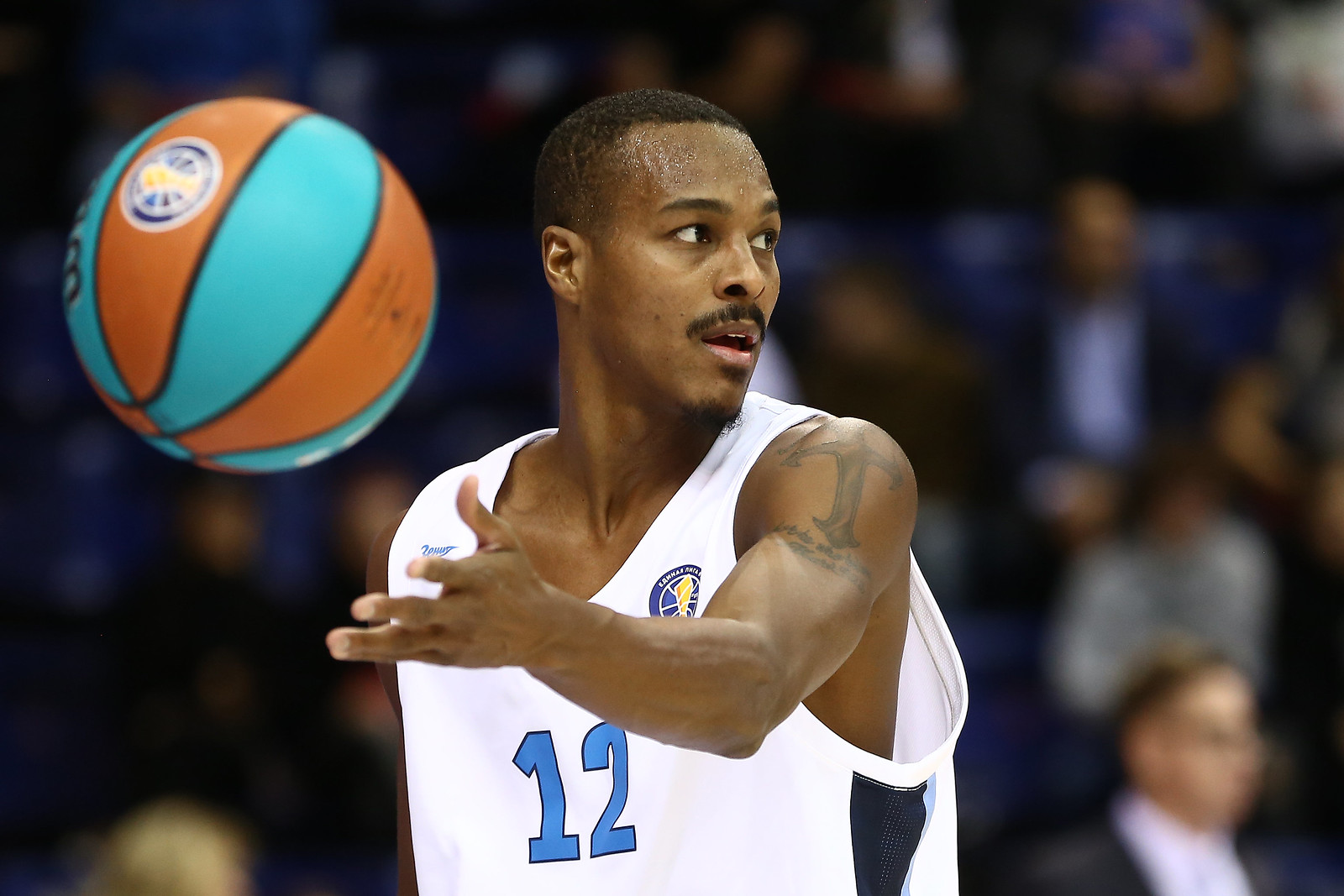 If Alex plays in fire mode, we will see a stunning battle between the American and Khimki leader Alexey Shved. After recovery, the Russian is League’s top scorer (22.2 per game), three-pointers made (4.0), assists (8.8) and efficiency (24.6).

Speech:
Zenit head coach Joan Plaza:
“We’ve already met Khimki this season and we didn’t control the rebounds, let them make open shots, committed too many turnovers and missed shots. We became stronger this month. Of course, Khimki grew as well, their team chemistry improved. They use the paint and pass to the arc. This team is a dangerous rival, probably the best defense in VTB League. But as we did with ASVEL in Euroleague, we’ll try to play our game from the very beginning and win.”

Khimki head coach Rimas Kurtinaitis:
“After a series of losses, Zenit finally won a Euroleague game. And I’d say they beat a strong opponent – although nobody had taken Villeurbanne seriously before the season, now they’ve proved to be a strong team, especially from athletic point of view. This is a huge win for Zenit, it will give them a positive drive. They have great players in the roster like Ayon, experienced in Euroleague, and Renfroe who can create and score. With injuries of Zubkov and Voronov they face troubles with Russian players, but generally their roster is very good. Our drive and energy will be crucial.”