Face to face:
Nizhny Novgorod deserved the title of a major threat for big clubs, but Lokomotiv generally fights well against team from Volga. Moreover, the two have never met at knockout stage. Their face to face score is 11-5 for Krasnodar.

Even though 2019/20 season was stopped ahead of schedule, the teams played twice; both games were intense and favorable for the hosts – 87:83 in Krasnodar and 96:93 in Nizhny. That was the day when the White-blacks stopped Loko’s 8-game winning streak.

“Lokomotiv are pacing up and proves able to dominate,” concluded president Andrey Vedischev after the game.

Intrigue
Nizhny are facing the game as undefeated team (one of the three in the League with Zenit, PARMA and UNICS), ranked 3rd in the table. It’s going to be a tough challenge to retain this status. Updated Loko are really pacing and played 2 games more than the opponents (5 vs 3) which is crucial at this stage. Anton Astapkovich’s phenomenal form is a hope for the White-blacks. The 26-year-old started regular season in James Harden’s schedule: the forward overmastered Khimki (34 points), fired 25 against Zielona Gora. With 29.5 points per game, he’s leading the snipers’ table with a huge gap. Astapkovich is unstoppable at this period which is a challenge for Loko’s defense.

The Serbian has a huge experience in top leagues and national team. The curious thing is that this shooting guard played for Nizhny in 00s (also played for Azovmash and Astana). His debut can be against his ex-team. Sestina hasn’t played outside USA yet.

Debut
Another signing is Kevin Hervey who made his debut against Lietkabelis. Ex-Oklahoma forward has just arrived from Orlando’s bubble to make Loko-family’s day: 13 points (3 of 6 from perimeter), 3 rebounds, 3 assists, 2 steals and 19 efficiency points. 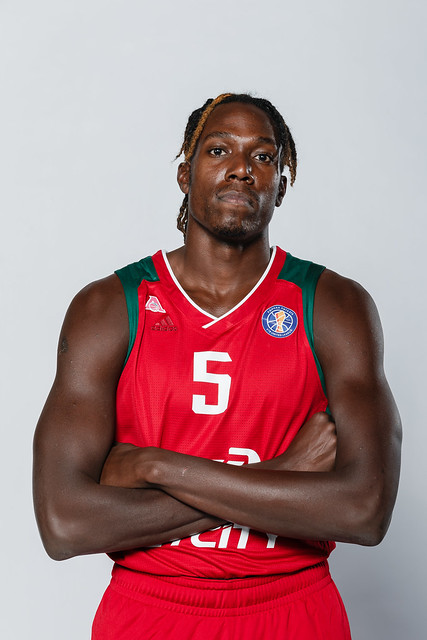 After the game, Hervey said he felt like home in Krasnodar team. He can become Loko’s powerful weapon.

Duel
Anton Astapkovich vs Jordan Crawford.
Astapkovich was Nizhny’s offensive option no.1 in previous faceoff in February. He scored 18 points, most of them in the second half. Furthermore, 4 last seconds free throws in a row were decisive to the game. The same is expected from him again.

This sunday, the scorer will face Crawford who is almost halfway behind (16.0 PPG vs 29.5), but he’s a proven sniper. Jordan’s average in 6 NBA seasons is 12.2 points and the swingman is getting used to his new team. Against Lietkabelis, he made 4 of 8 from beyond the arc with 20 points in the scoresheet. Astapkovich – Crawford duel must be special.

Speech
Lokomotiv-Kuban head coach Evgeny Pashutin:
“Nizhny Novgorod is an aggressive team with a character. They attack from the perimeter, Astapkovich, Shepherd and Komolov demonstrate great form with almost 70 points combined. We have to play physical respecting the rules, control the rhythm and rebounds, contest their shots. We must play as a team, like in previous game. We have to move ball offensively. Win is the only option. It’s been a long time since we played home, so we’ll be happy to see our fans!”

Nizhny Novgorod head coach Zoran Lukic:
“Lokomotiv-Kuban is one of the best teams in Russia and Europe, and they’ve already passed coronavirus challenge. I’m happy they’ve overcome that outbreak and are ready to go on. They showed quality basketball against Lietkabelis having destroyed the opponents on the road.
For me it is a clear signal what to expect on Sunday. We have to follow our agreements in defense and feel free in the offense.”