Face to face
The basketball rivalry between two of Russia’s most famous sports brands is only getting started due to BC Zenit’s recent founding. The teams have played 10 times, with the Army Men winning seven.

Like last season, St. Petersburg managed to beat CSKA at home, 93-86. That was CSKA’s first loss of the regular season. Zenit has never defeated the Red and Blue in Moscow. Intrigue
The regular season is entering the home stretch and every team is focused on earning the best possible seed in the postseason. CSKA (19-4) lost to UNICS (17-4) last week and is at risk of losing the regular-season title for the first time since 2015. Kazan trails by two wins, but has two games in hand and the head-to-head tiebreaker. The Red and Blue cannot afford another setback if they want a realistic shot at 1st place.

Zenit (14-7) also really needs to win. St. Petersburg is battling Lokomotiv-Kuban (14-7) for 4th place, which gives home-court advantage in the first round. Astana (14-8) is also a threat to move past the Russian club.

Balance of power
CSKA engineered a big comeback on Thursday in the EuroLeague (27-12 in the 4th quarter) to defeat Baskonia 82-78. That was the final game of the regular season, where CSKA finished in 2nd place and will face Baskonia once again in the quarterfinals.

Zenit was eliminated from the EuroCup in March. Unlike CSKA, which had only two days to prepare, Zenit has been recovering and preparing for the entire week.

Familiar faces
Zenit captain Evgeny Voronov is well known to CSKA fans for his time at the club in the early 2000’s. CSKA’s leading scorer in the EuroLeague, Cory Higgins, played for Zenit’s predecessor, Triumph Lyubertsy, during the 2013-14 season.

Zenit’s win in the first meeting was made possible by Reynolds’ magnificent performance. The center shot 9-10 from the field, scored 21 points and grabbed eight rebounds and four assists. The League’s third-leading scorer (17.4) and top rebounder (8.0) was able to have his way inside vs. CSKA thanks to the absence of Kyle Hines. One of the League’s top defensive specialists will also not be available on Sunday, leaving Joel Bolomboy as his replacement. 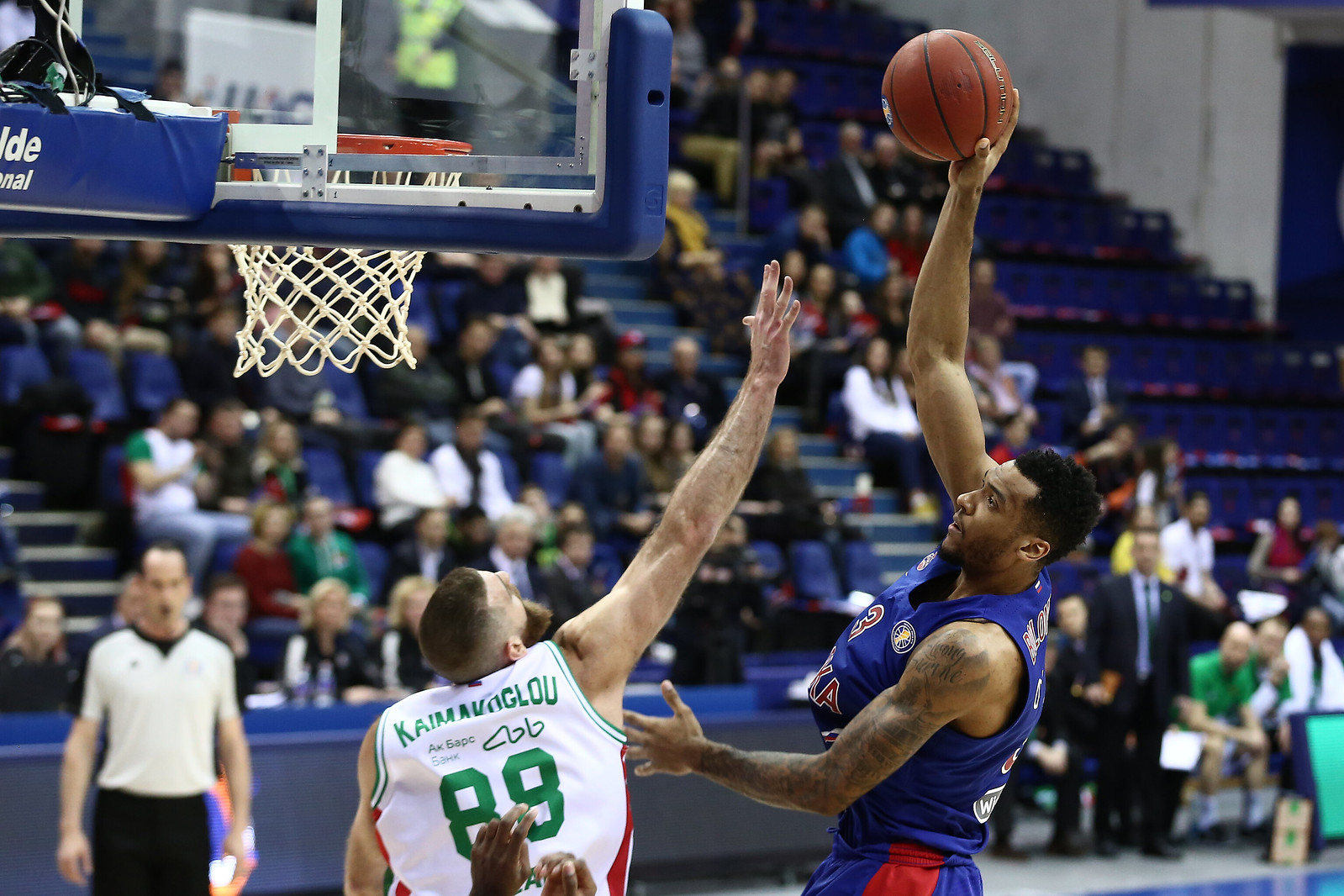 Playing his first season at CSKA, the center has been inserted into the starting lineup more and more often, but does not receive a lot of playing time. Taking on the League’s most effective player this season is a good chance to prove himself.

Quotes
CSKA head coach Dimitris Itoudis: “We’ll play three games in five days, including one on the road. That’s what concerns us right now. How will we handle the grind? Our first opponent, Zenit, is a very serious team. They have a good selection of players that have already accepted the system introduced by their new coach. We know it will be tough and want to compete at a high level.”

Zenit head coach Joan Plaza: “We have a tough finish to the season. We play three teams in the coming weeks that are above us in the standings. CSKA will definitely be looking for revenge since we were the first team that the Army Men lost to this season. I’ve already said that an opponent like CSKA does not let us relax at all during a game. If they have the chance to go up by 40 points, they’ll do it. We need to play our game and I want the guys to play better than we have in recent games, when we faced teams from the bottom half of the standings.”