Story
Lokomotiv-Kuban collected a fifth-straight win, defeating PARMA by eight on the road. Dmitry Kulagin starred for the visitors, scoring 24 on 9-14 shooting as Krasnodar took control early en route to the victory.

Lokomotiv never trailed, opening the game with a Trevor Lacey triple and limiting PARMA’s dangerous offense to 14 points in the 1st quarter.

Lokomotiv kept PARMA in check throughout the contest, scoring every time Perm threatened to make it close.

Janis Blums and Konstantin Bulanov pulled the home team within four, 54-50, early in the 3rd quarter with a rash of 3-pointers.

Loko turned to Dmitry Kulagin for the answer, with the Russian guard scoring seven of Loko’s next nine points, including a breakaway dunk that put the lead back to eight, 63-55.

Trailing by 10 entering the 4th quarter, PARMA never got closer than eight down the stretch as Loko secured an important road win.

Stat
49 – Loko got 49 points from its bench, overpowering PARMA with its depth.

Quotes
PARMA head coach Nikolajs Mazurs: “This has been a tough month. The team has struggled to get back in a rhythm after changes to the roster. They feel pressure and responsibility in these games. Today, we tried to run our offense through Ken Brown, so he’d have an easier time on offense, but we lacked a second player who could create pressure in situations when we wasn’t on the court.”

Lokomotiv-Kuban head coach Vlada Jovanovic: “First of all, I want to congratulate our players with the win and PARMA for playing hard. PARMA has a lot of support, which helps them at home and makes these games difficult for visitors. Our opponent played well. We struggled at times, despite controlling the contest overall, especially in the 3rd quarter. But we found our rhythm eventually and finished it the right way.” 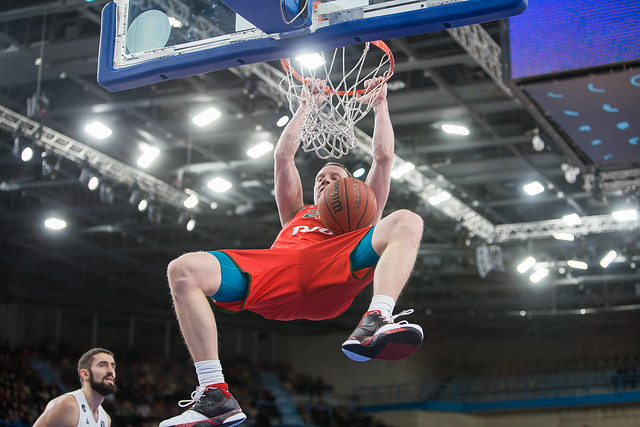