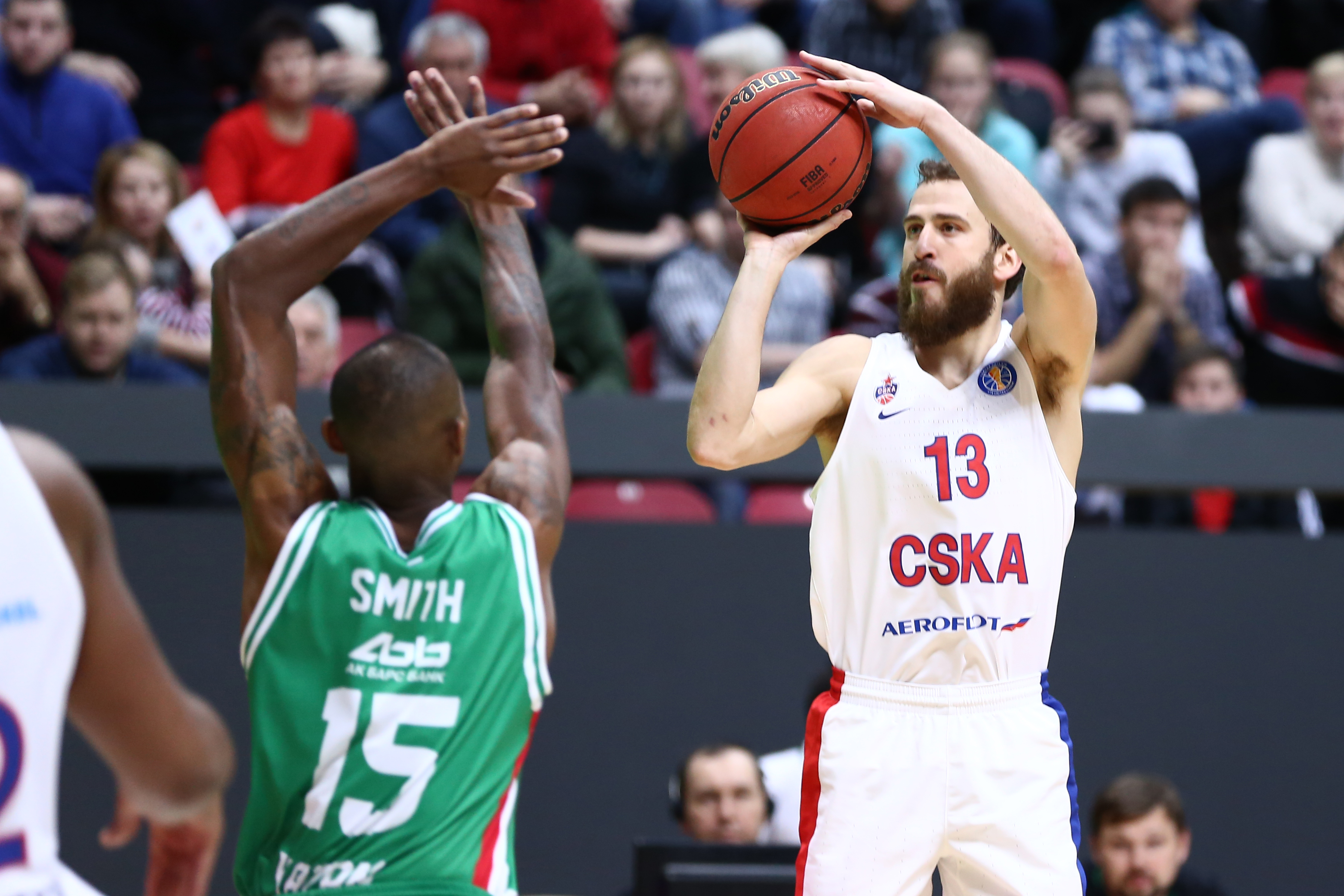 What to Know
UNICS historically struggles vs. CSKA. Kazan has only beat the Army Men twice in 19 League meetings with the most recent win coming in 2016. The White and Green, not surprisingly, would like to avoid Moscow in the playoffs for as long as possible, preferably until the finals. Finishing in 2nd place would likely do the trick. Kazan is currently tied with Khimki for the coveted runner-up spot with a 12-3 record. If the Tatars can overachieve and snap their skid against CSKA, their 2nd-place hopes should improve significantly.

CSKA has a sizable lead on the pack, sporting a 16-1 record, and is on track to win another regular season title. The team’s top players are getting better and better, while Cory Higgins is finally healthy. The Army Men also secured a signature win in the EuroLeague this week, defeating Real Madrid, 82-78. According to Dimitris Itoudis, the win should increase the team’s confidence. The talk about a crisis in Moscow, in any case, has passed. Now CSKA wants to build on its momentum with another rivalry win. 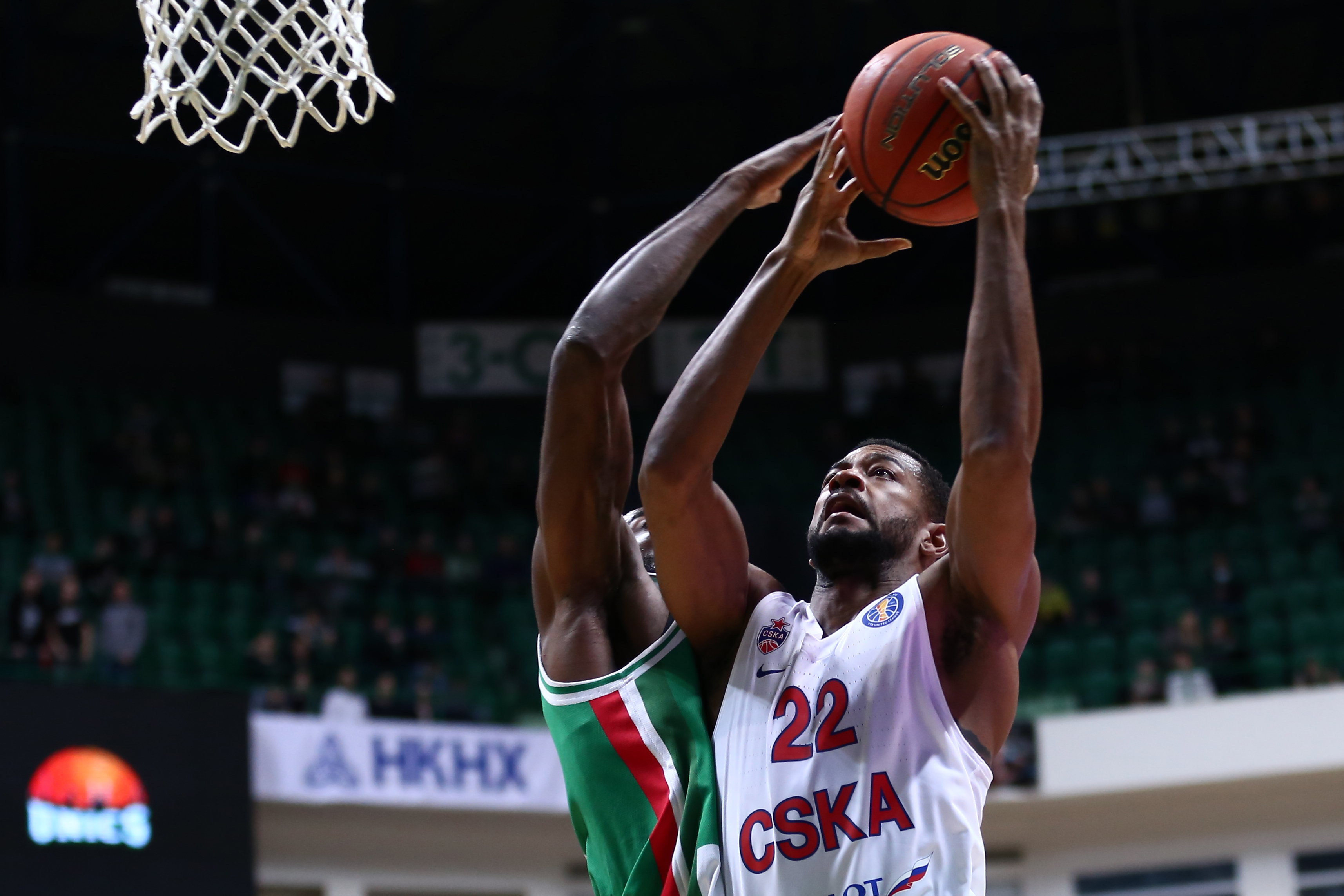 UNICS X-factor
CSKA’s dominance in this series is difficult to deny. But Kazan will have the home-court advantage. The White and Green are the only team outside of CSKA to remain undefeated at home, boasting an 8-0 record. UNICS has an identical record in EuroCup, too.

CSKA X-factor
CSKA took down reigning EuroLeague champs Real Madrid on Friday, but the beat rolls on for the Army Men, who travel to Kazan for an important VTB League clash only three days later. Will fatigue be an issue for the Russian powerhouse on Monday?

Quotes
UNICS head coach Dimitris Priftis: “No question, we are playing against the strongest team in the League and one of the best EuroLeague teams. To stop them, we need to have the absolute best physical and mental preparation. Without doubt, this will be a tough game. We need to be accurate on offense, not turn the ball over and make the right decisions. We can’t give up easy points and need to play strong one-on-one defense.”

CSKA head coach Dimitris Itoudis: “UNICS is a very serious team that historically plays at a very high level. Their offense clearly runs through the guards, but the team also boasts depth and athleticism at every position. UNICS is strong and has been playing well recently, which is why our energy level and physical readiness will be key factors. We don’t have enough time to prepare for this type of competition, but we will be ready and won’t spare any effort.” 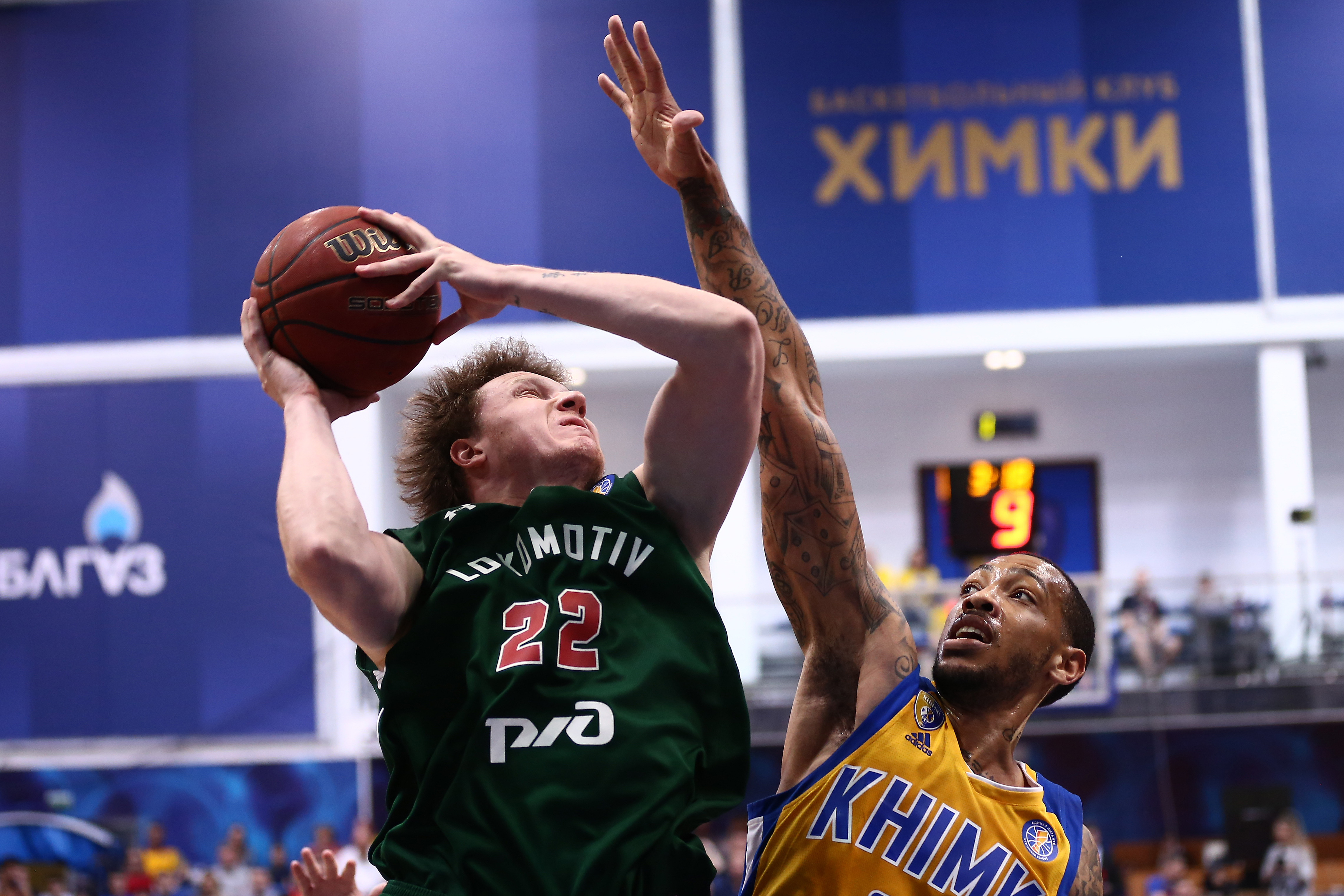 What to Know
Khimki started the regular season with nine straight wins, but has since dropped three of six. UNICS is making a serious challenge for 2nd place and could pass Moscow Region depending on Monday’s results. The Yellow and Blue are entering a crucial stretch of the season with games vs. Loko, UNICS and CSKA. With the return of Rimas Kurtinaitis, Khimki has started to win in the EuroLeague (Khimk beat Buducnost in Montenegro, 98-80). Now Moscow Region hopes to improve its play in the League.

With the exception of the season opener vs. Zenit, Krasnodar has not defeated a single Big Five opponent. The Railwaymen suffered another loss last week to CSKA. Now Lokomotiv has yet another opportunity to show it can compete with the best. Kuban is also trying to hold onto 4th place and home-court advantage in the first round with Zenit nipping at its heels. The Red and Green blew out Skyliners in a meaningless EuroCup game earlier this week. They should be at full strength and highly motivated for the trip to Moscow Region.

Khimki X-factor
Alexey Shved’s possible return. Khmki’s undisputed leader has not played since the end of November because of a broken finger, but he’s finally on his way back and began practicing with the team this week. Khimki has been clear that it’s hoping for his return in the game vs. Loko. Shved will be a huge boost to Khimki’s offense, but it’s impossible to predict how much time he and the team will need to adjust, especially implementing a new offense. 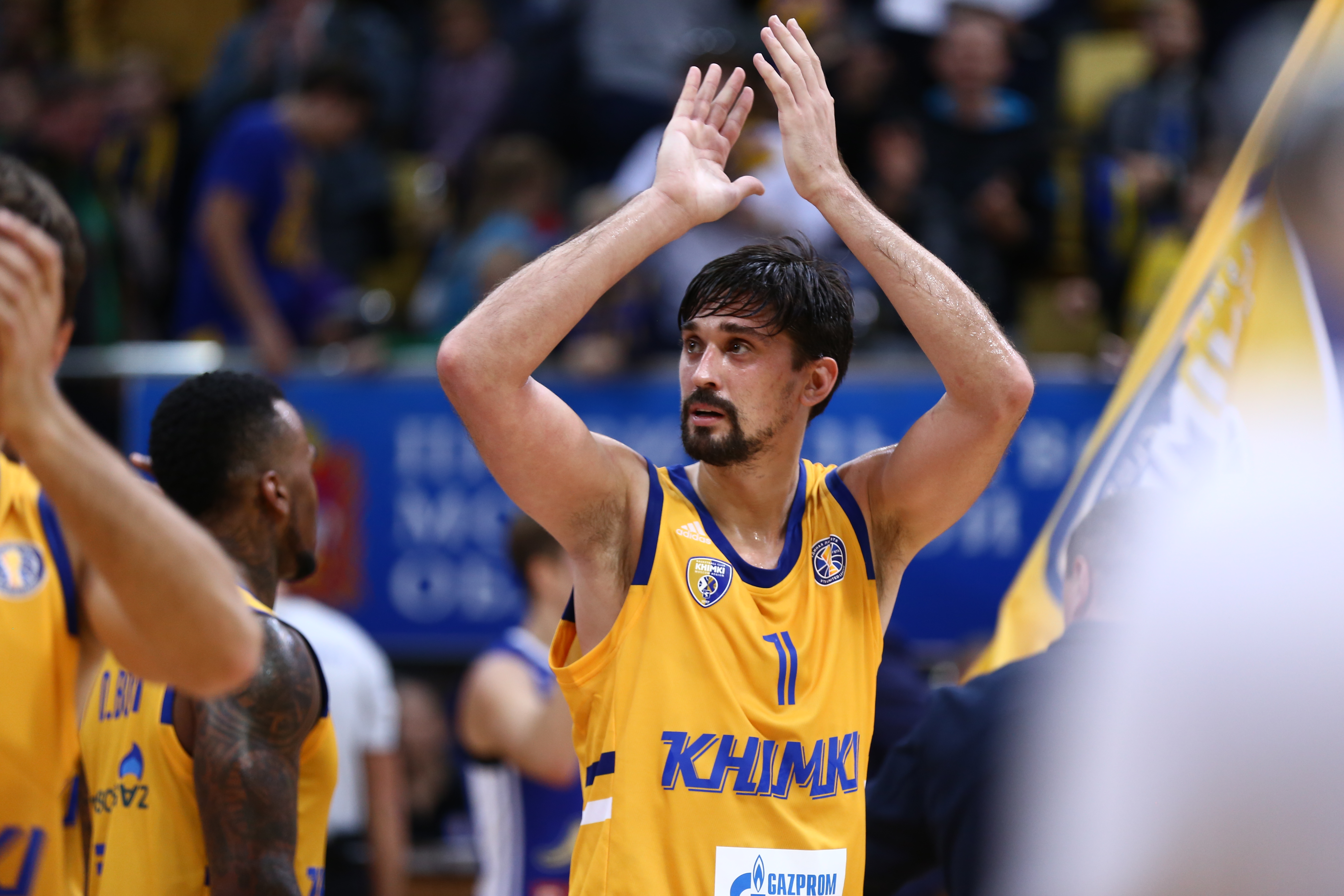 Lokomotiv-Kuban X-factor
Lokomotiv’s improved frontcourt. The Railwaymen also have someone healthy again. Moustapha Fall is not as important to Krasnodar as Shved is to Khimki, but a 218-cm center is impossible to ignore. Fall hasn’t played since October 2018, but returned sooner than expected and already played this week in the EuroCup. Fall is a traditional center, something Khimki does not have on its roster.

Though Fall was limited to 11 minutes and six points against Skyliners, new signing Dragan Apic poured in 18 points (7-8 from the field) to go with six rebounds, two assists and three steals. The forward was named the EuroCup MVP of the Week for his performance. He hasn’t put up numbers like that in the League yet, but it’s bound to happen soon.

Quotes
Khimki head coach Rimas Kurtinaitis: “Loko had problems at the beginning of the season, which resulted in a coaching change. The team is playing well. They are good defensively and play fast on offense. They love fast breaks and scoring early in possessions. They have individually talented players and are a tough opponent, but we are ready for them. We are strong enough to beat Lokomotiv, especially at home. This upcoming game will be another EuroLeague match-up for us, because Lokomotiv is at that level. We need to treat this as we would a EuroLeague game. After a tough, but needed win over Buducnost, we have a lot of positive energy and look forward to the game with Loko.”

Lokomotiv-Kuban head coach Vlada Jovanovic: “Khimki enters the game with Loko after several wins in the EuroLeague. They are playing good basketball. We are in a tough position after losses to ASVEL and CSKA. Yes, we did defeat Skyliners, but we have a lot more to prove to ourselves. Khimki looks like the favorite at home. This is a EuroLeague team and we need to demonstrate that we can play at that level.”