Story
Early on, the visitors dictated the tempo. Led by a trio of foreign players–Golden, Savovic, Buford–Avtodor grabbed a quick 14-5 lead. But the Siberians recovered quickly. 3-pointers from Lukashov and Bruesewitz, Harrison’s layups and Meiers down low evened the score at 22 apiece through 10 minutes.

The 2nd quarter opened with a 7-0 Enisey run. But the visitors regained the momentum behind more fireworks from Golden and Buford. The duo combined for 30 points in the first half, helping Avtodor take a minimal 47-46 lead at halftime.

The Volga visitors built on the advantage in the 3rd quarter, scoring efficiently in the paint and beyond the arc. Krasnoyarsk couldn’t match Avtodor’s offense and fell behind 74-65 entering the final period.

Turning point
But Roberson and Harrison were able to lead Enisey back down the stretch, before Meiers hit a clutch basket to put Krasnoyarsk up three, 86-83, with a minute remaining. Avtodor had chances to tie the game, but managed only a single free throw from Golden, as D’Angelo Harrison iced the victory with two freebies in the final seconds.

Stat
5-6 – Enisey won five of its last six regular-season games. It wasn’t enough to reach the postseason, however.

Quotes
Enisey head coach Oleg Okulov: “Avtodor is a very tough opponent for us and we understood the importance of the game. It’s not easy to play when you know that it’s the last game of the season. We came back after a week-long road trip. Playing after only two days off is hard, which is why we didn’t shoot very well. But the guys wanted to win and they did it.”

Avtodor head coach Evgeny Pashutin: “Congratulations to Enisey, which deserved to win. The team has momentum, they recently beat Khimki. We lost the rebounding battle and let our opponent grab 19 offensive boards. Everything’s fine on offense, but rebounds have been an issue. As always, I take responsibility. We play poorly late in games, commit turnovers and miss shots when the pressure starts.” 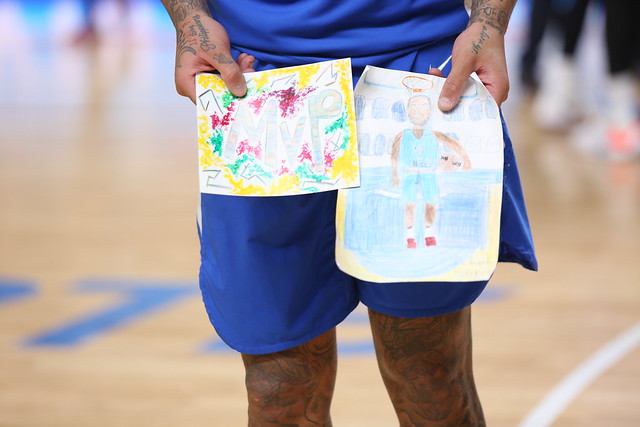