Story
CSKA (21-4) was looking to close out the regular season with a win. Astana (14-8) entered in 5th place. The club from Nur-Sultan kept the game close until midway through the 2nd quarter, when Will Clyburn scored five points in 30 seconds, before Kyle Hines added a basket to make it 37-27 in favor of CSKA. Taking advantage of a deep bench, the Army Men enjoyed a 22-16 rebounding edge and only turned the ball over three times in the first half. The home team took a 45-34 lead into halftime.

The Army Men finish the regular season in 1st place with a 22-4 record, but could still finish below UNICS (18-4), due to the tiebreaker.

Stat
2 – Playing his sixth season in the League, Kyle Hines made only his second 3-pointer. The first 3-pointer came during the 2015-16 season.

Star
Kyle Hines. The well-rested CSKA captain did more than shut Astana down in the paint, shooting 8-10 from the field to score 18 points.

Quotes
CSKA head coach Dimitris Itoudis: “First of all, congratulations to the team. We took the game seriously and the result proves it. We were better today. We controlled the game and deserved to win. We played four games in eight days, including one road game, and won every one, while spreading out the playing time and giving everyone a chance to contribute. Nikita Kurbanov spent the most time on the court today with 24 minutes. Overall, nobody played more than 24-25 minutes in any of the previous games. Now we prepare for the playoffs. I want to thank the fans who supported us today and wish Astana luck. They deserve to be a playoff team.”

Astana head coach Emil Rajkovic: “Congratulations to CSKA. They absolutely deserved to win. Our opponent showed its quality and athleticism. We lost most of the one-on-one battles and our short bench did not help. But nothing terrible took place. Our next three games will be important. We have strong opponents: Lokomotiv and Enisey at home and Zenit on the road. We will need to give everything we have.” 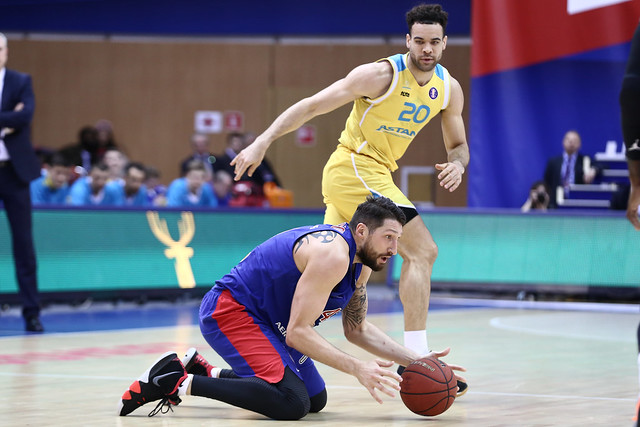