Story
Despite struggling from beyond the arc (7-21) and getting outrebounded at home, CSKA took care of business in the second half, dispatching Lokomotiv-Kuban by double digits for its third-straight win.

The reigning champions were in control throughout, despite some nervy moments in the first half and a sluggish offense.

Nando De Colo (game-high 16 points) and Daniel Hackett gave the Army Men an early 10-4 lead and the home team led by as much nine in the opening period.

Lokomotiv bounced back with a 7-0 run late in the period to cut the deficit to two, but a triple from Sergio Rodriguez in the final seconds kept CSKA in control, 24-19.

Moscow’s defense stepped up big-time over the next 20 minutes. The Railwaymen were limited to 21 points combined in the 2nd and 3rd quarters. Despite trailing by only four at halftime, 35-31, Krasnodar was limited to two points over the first five minutes of the 3rd.

CSKA was not much better, slowly extending its lead to 10, 43-33. The defense was the key, frustrating the visitors at every turn.

Loko pulled to within seven, 47-40, on a JaJuan Johnson alley-oop from Dmitry Khvostov.

But back-to-back turnovers allowed CSKA to score the final four points of the quarter and enter the 4th with its largest lead of the game, 51-40.

Krasnodar hung around early in the 4th. Vitaly Fridzon knocked down a 3 and made a pair of free throws to get Loko within eight, 55-47, 6:35 remaining on the clock.

That’s when Hackett dropped the hammer on the visitors. The American went on an 8-0 run (his first points since the 1st quarter), burying any upset hopes.

The Army Men cruised the rest of the way, improving to a League-best 16-1.

Lokomotiv-Kuban remains in 4th place at 10-5, but trails 3rd-place UNICS by two games.

Stat
2 – CSKA swept Lokomotiv-Kuban for the first time since the League switched to a full round-robin format. Moscow defeated Krasnodar on the road earlier this season, 93-76.

Quotes
CSKA head coach Dimitris Itoudis: “Big congratulations to the team. We were faced by a strong opponent today that always battles. And the game proved that our team is capable of adapting. We want to avoid stereotypes… That we’re an offensive, defensive or any other kind of team. Today we only let Loko score a little over 50 points. We won three quarters and only trailed in the second when both teams scored very little. We controlled the game with our physicality and got effort from everyone who took the court. I lost my voice today. Thanks to the players and my assistants, who I asked to be louder. A big thank-you to the fans who truly united the team and gave us energy.”

Lokomotiv-Kuban head coach Vlada Jovanovic: “This was our third game in a row on the road. Unfortunately, it came against a strong opponent in CSKA. We spent a lot of energy vs. PARMA and ASVEL, so I expected we would have a tough time. That said, I was happy with our offense and defense after the first half. Overall, we played very well on defense. But after halftime, our offense did not click. We couldn’t find open shots, which is why we didn’t score much.” 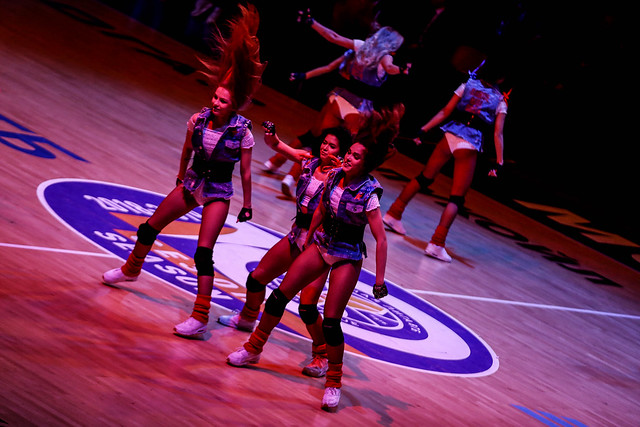