Story
The game belonged to Nando De Colo early. The Frenchman scored 10 points in the first three minutes, which allowed the Army Men to surge in front. but CSKA failed to build on its advantage. Nizhny slowed the game down with physical defense to keep the score close.

Semen Antonov and Nikita Kurbanov, however, hit a pair of shots to stretch CSKA’s lead to six at the end of the first quarter.

The Army Men gradually created some separation in the second quarter, despite fierce resistance from the home team. Moscow’s defense improved, while several fast breaks and clutch 3-pointers from De Colo and Bolomboy gave CSKA a double-digit advantage, 45-35.

Bolomboy and De Colo (combining for 11 points) helped the visitors pull away even more in the third. Kyle Hines and Will Clyburn added offense in the paint as CSKA’s lead reached 19, 70-51.

But the home team responded with a 14-0 run, thanks to back-to-back triples from Chris Czerapowicz. Nizhny only trailed 70-65 as a result.

Turning point
In the end, the Army Men simply overpowered the plucky Volga underdogs. A timeout from Dimitris Itoudis squashed Nizhny’s comeback and the visitors turned to Hines and Clyburn in the paint to regain control. An 8-0 run put CSKA on top, 78-65.

Nizhny answered with one final comeback, pulling to within six, 78-72. But time became a factor with only a minute remaining and CSKA was able to grind out an eight-point win.

Stat
14-0 – Nizhny’s run to open the fourth quarter got the crowd going in Nizhny Novgorod and made for an exciting finish.

Quotes
CSKA head coach Dimitris Itoudis: “Congratulations to the team on the win in the series and making the VTB United League semifinals. I give credit to Nizhny Novgorod. It’s a young team and very tough to play against. But, with all respect, Nizhny Novgorod and CSKA have very different goals for the season.”

Nizhny Novgorod head coach Zoran Lukic: “Congratulations to CSKA on earning a spot in the semifinals. We showed our heart today. We didn’t give up down 19, started making quicker decisions and cut the deficit to five points. We had a chance to get closer, but a strategic mistake from one of my players prevented us from doing so. I don’t think we embarrassed Nizhny Novgorod and the fans saw a worthy team today.” 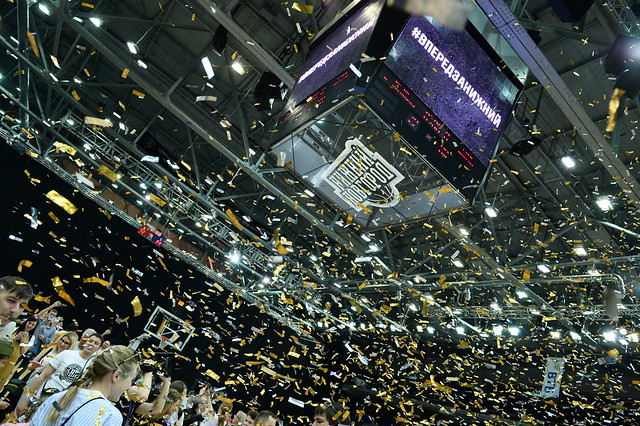