Story
Wednesday’s mega-showdown in Krasnodar lived up to expectations as CSKA survived a barrage of Lokomotiv 3-pointers in the 4th quarter for a dramatic 78-75 win in front of 7,124 fans. The victory meant payback for the Army Men, who lost to the Railwaymen at home in January, 90-79.

CSKA forward Will Clyburn led all scorers with 26 points, including the go-ahead basket with under two minutes remaining and a pair of huge free throws down the stretch.

Lokomotiv was able to erase a six-point deficit midway through the 4th quarter, taking the lead on Trevor Lacey’s four-point play at the 2:20 mark. But despite another triple from Dmitry Kulagin and Ryan Broekhoff knocking down three free throws after getting fouled on a three-point attempt, the visitors were able to keep Krasnodar at bay.

Cory Higgins extended CSKA’s lead to three with nine seconds to go with two free throws and Mardy Collins missed a game-tying 3-pointer at the buzzer, allowing the Army Men to escape with a win.

Collins scored a team-high 20 points for Krasnodar, which led by five at halftime and was in excellent shape to secure its second win of the season over CSKA.

Lokomotiv shot 43% from beyond the arc, while a steady stream of free throws (27-34 overall) meant four different CSKA players finished the game with four fouls.

But despite playing without any centers because of injuries, CSKA did an excellent job of limiting Loko’s big men Brian Qvale and Frank Elegar to a combined 10 points and seven rebounds, and surged into the lead by outscoring the home team 21-11 in the 3rd quarter.

Lokomotiv battled down the stretch, but Trevor Lacey missed a chance to tie the game at the line, 71-71, with under a minute remaining and CSKA was efficient on offense the rest of the way to preserve the victory.

Stat
2 – After streaking to 11 consecutive wins between October and January, Lokomotiv-Kuban has lost two in a row at home in February, dropping to 3rd place in the standings.

Quotes
Lokomotiv-Kuban head coach Sasa Obradovic:
– We missed a chance today to beat a serious opponent. The first half was positive from a strategic perspective. In the 3rd quarter, we once again entered the “twilight zone.” But we need to be realistic: Our players still need to improve. These are the same guys that haven’t won trophies. We need to keep working and be patient.

CSKA head coach Dimitris Itoudis:
– I want to note that it’s enjoyable to play in front of a crowd like this. I’m thankful to my team for showing toughness today. We were missing three big men: Kyle Hines, Pasha Korobkov and Othello Hunter. We managed to solve Loko’s defense in the second half and started to be more creative on offense and deserved to win. This was a tough game between two very good teams, but today we truly deserved a victory.

Up Next
Lokomotiv-Kuban: March 3 away vs. UNICS
CSKA: March 4 away vs. Avtodor 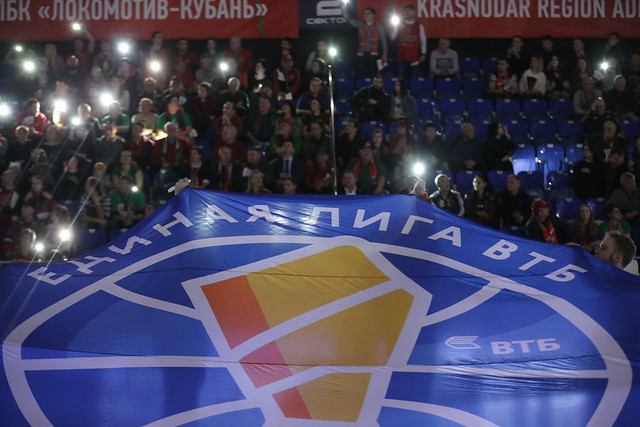