Story
Within 8 years of rivalry, Nizhny have won in Krasnodar only once, in 2014. This time, the club from Volga showed they wanted to make a gift for Zoran Lukic who celebrated his 150th game in United League. 4 three-pointers in a row and 12:4 for Nizhny.

However, after 5 of 5 distance shots made, NN couldn’t drop another one for the rest of the quarter. Loko used Will Cummings’ drives to take the lead – 20:19. The second quarter was not a period for snipers as the only three-pointer was made by Anton Astapkovich to bring the halftime lead for the guests – 33:30.

Kuban managed to take control in the second half. They marked Nizhny’s snipers and forced the guests to use individual actions. As a result, Lokomotiv-Kuban were leading by 3 in the beginning of the final quarter. Thanks to efforts of Cummings and Alan Williams, Loko reached 9-point lead by mid-fourth quarter – 60:51.

Key moment
Nizhny were not giving up. Three-pointers by Artem Komoloc and Kasey Shepherd erased the deficit down to 3 points. However, Lokomotiv led by Alan Williams dominated the clutch. The big guy stepped up in the paint and backboards. He scored 6 of team’s last 9 points, and Zoran Lukic’s side couldn’t find a remedy. Nizhny have lost the first game of the season.

Hero
Alan Williams. Loko’s center is ready to replace Johnny O’Bryant as a team leader. This time he hit career high of 26 points and 17 rebounds.

Stat
36:14 points in the paint dominated by the hosts. With Loko’s snipers having a bad day (3 of 18 from beyond the arc), intensity in the paint brought the victory.

Comment
Lokomotiv-Kuban head coach Evgeny Pashutin:
“Congrats to the guys, first of all. The game was difficult, as we expected Nizhny is not an easy one. The opponents are intense in defense, Astapkovich, Baburin, Komolov made great shots. We were not too active in the beginning, but took on snipers afterwards, most shots were contested. In the second half, we played decent defense, but offense didn’t work perfectly. Anyway, we’re improving.”

Nizhny Novgorod head coach Zoran Lukic:
“The game was tough not only on court, but for the fans as well. Someone had to win the game. In the second half, we allowed seven or eight open shots which affected the result. Congrats to Krasnodar, and again I’m happy they’ve overcome the pandemic challenges and look good today.” 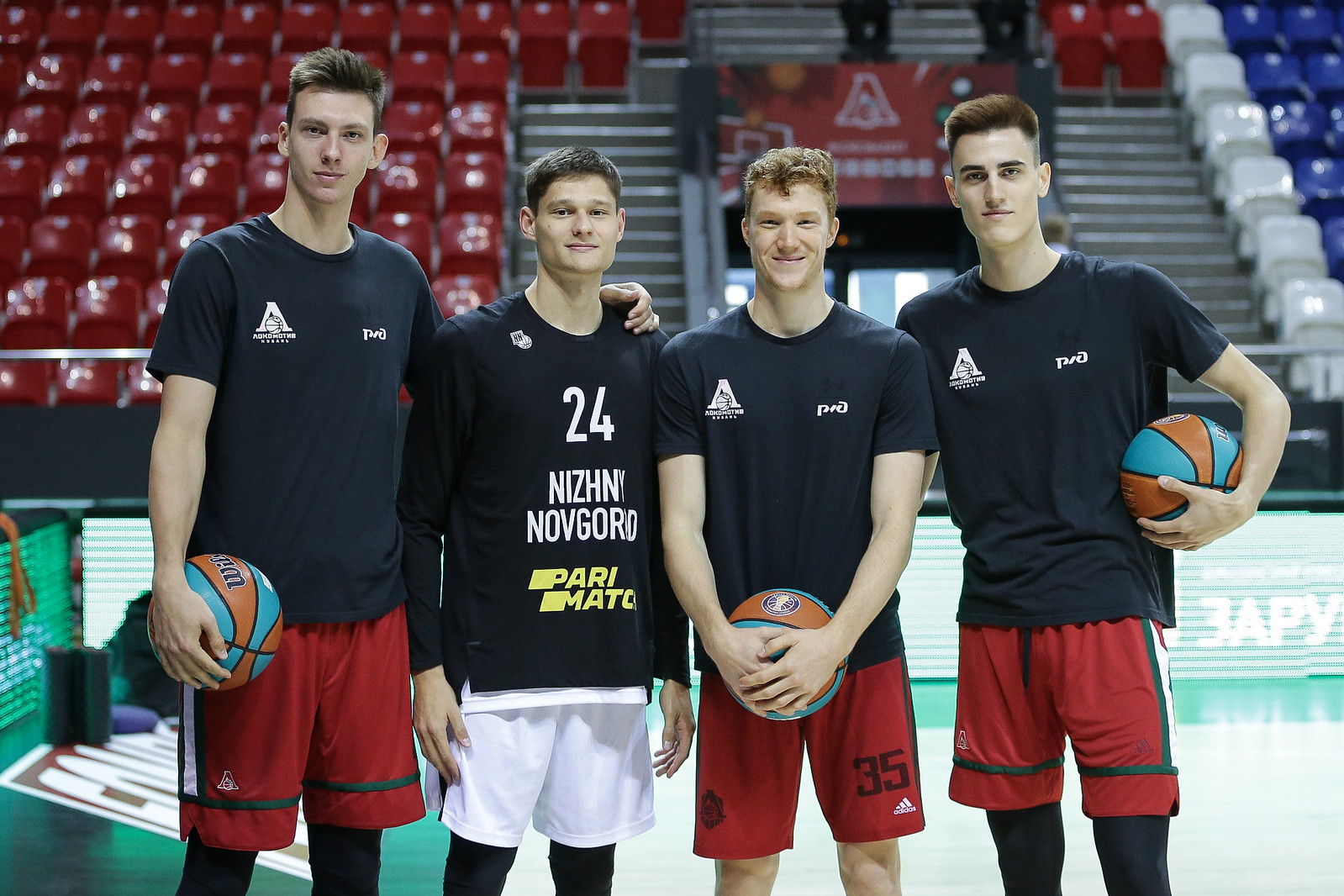