Story
Unlike the first two games, both teams wasted no time on offense, each putting up 23 points in an exciting first quarter. The home team was led by Codi Miller-McIntyre, who poured in 10 points, including eight straight. The second quarter was competitive until Zenit caught fire from beyond the arc (including three bombs from Vladislav Trushkin).

The Railwaymen only managed a pair of 3-pointers in response, with the second coming from Jerome Randle when Loko already trailed 51-38.

Zenit continued to pull away in the second half, behind more electric shooting from Trushkin, Scrubb, Voronov, Valiev and finally Mekel, who put the Blue-White-Sky Blues in front by 20. During the final quarter, St. Petersburg needed only to preserve its advantage, which it had no trouble doing. Zenit now leads the series, 2-1.

Star
Jalen Reynolds. St. Petersburg’s snipers forced Loko’s defense to stretch, which opened up holes for Reynolds inside, who posted 23 points and 14 rebounds on 10-15 shooting.

Stat
12-27 – this was Zenit’s best performance from beyond the arc in the series. St. Petersburg, however, did not hit a single three in the fourth quarter.

Quotes
Lokomotiv-Kuban head coach Bob Donewald: “Zenit deserved more to win today. The important thing for us now is to remain a team and not succumb to emotions. Our problem today was a lack of aggressive defense. Even by the number of fouls we committed, it was clear that we weren’t guarding our opponent closely enough. Our opponent took advantage and hit a lot of open shots.”

Zenit head coach Joan Plaza: “Zenit deserved to win today. But we can’t party yet. It’s only one more step toward our goal. Today’s success won’t be worth anything if we can’t win another game in this series. I hope that the fans will be even louder for Game 4. We really need the support of the fans. Now we have a chance to beat the odds and move on.” 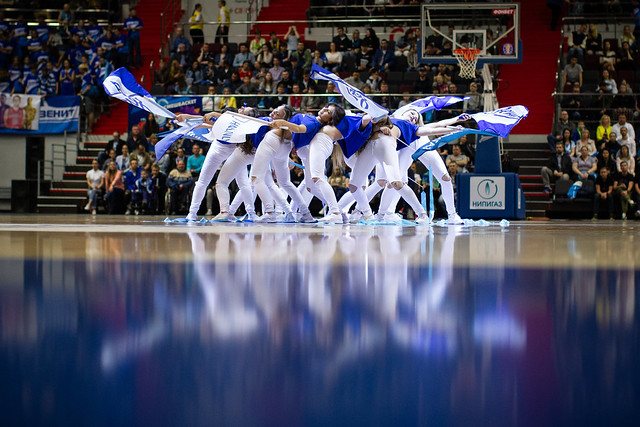