Season X is over. VTB-League.com runs down the 10 people who made the biggest impact on the League’s 10th campaign. 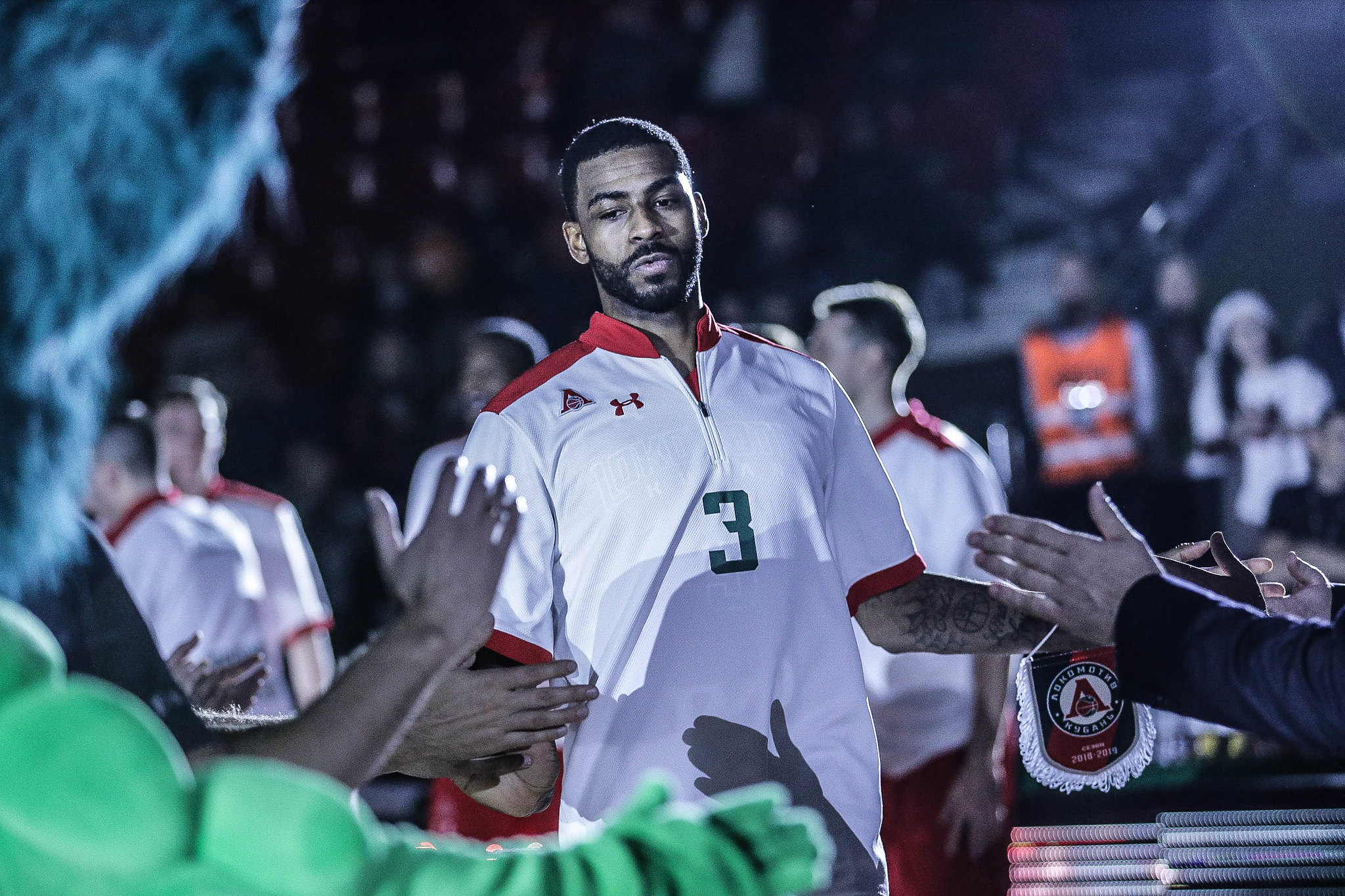 The NBA champion arrived in Lokomotiv to do what he does best: Play like a pro and hit 3-pointers at a high percentage. Wright was terrific, finishing in the League’s top three for outside shooting. He started most games on the bench, but usually played when the game was on the line. His cold-blooded performances in big moments gave Loko several comeback wins and a top-four seed in the playoffs. At the end of the season, Wright was named the Sixth Man of the Year. 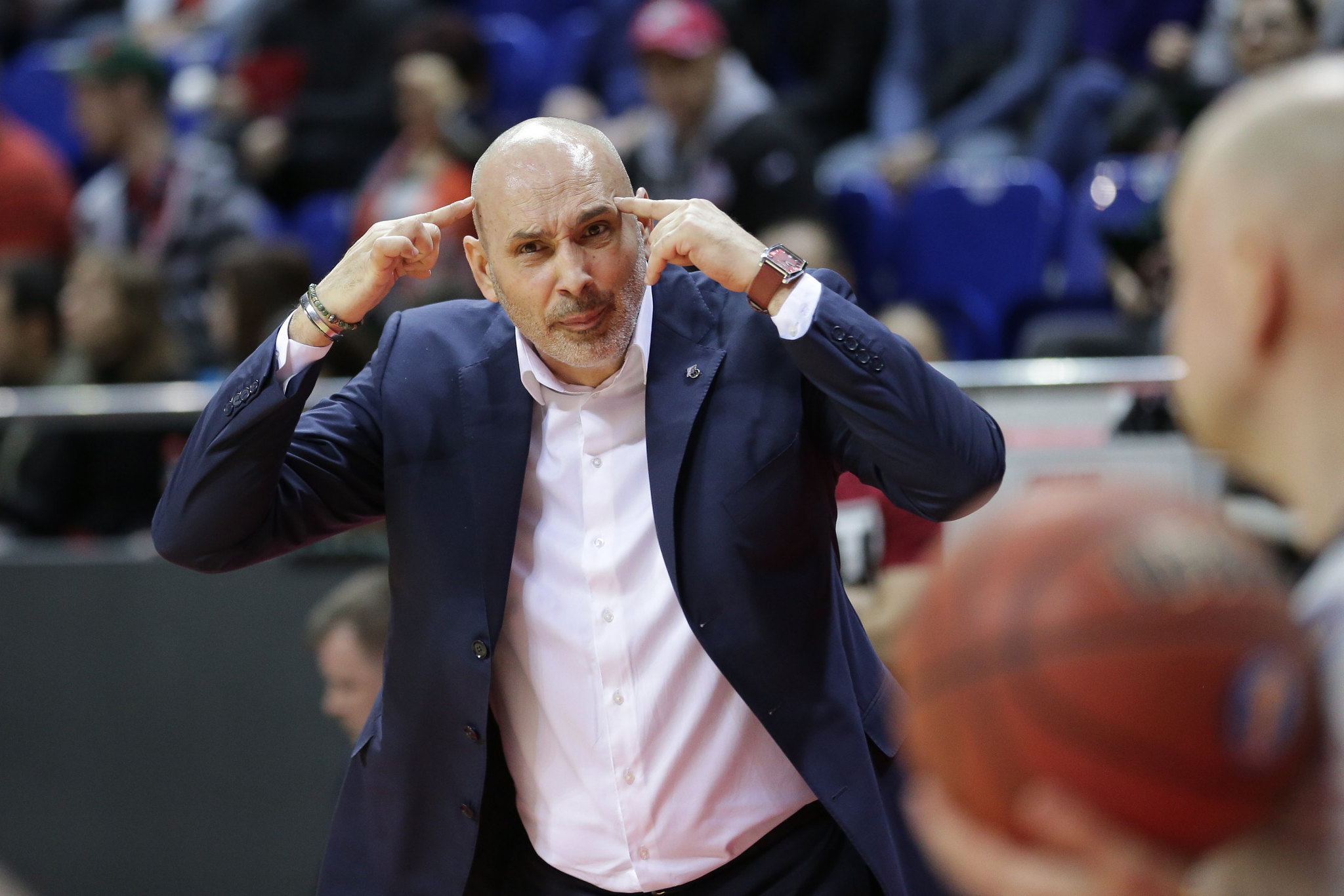 Stats: 14 wins in 29 games
Why he’s a hero: Getting the maximum from limited resources

Zoran Lukic has been called a magician for good reason. Despite endless injuries and roster turnover, Nizhny had a chance to finish the season in the top six and only injuries to his two point guards with a month remaining dropped the Volga club to 8th place. Who knows how high Nizhny may have placed with a healthy roster throughout the year. Lukic deserves a ton of credit for the success, finding ways to patch his team’s holes every time. 21-year-old Georgy Zhbanov is an excellent example, taking over as starting point guard when Perry and Strebkov went down. He nearly recorded a triple-double against Khimki and battled Nikita Mikhailovsky for Young Player of the Year. Nizhny has already announced a contract extension for Zoran Lukic and his Black and White club will look to overachieve again next season. 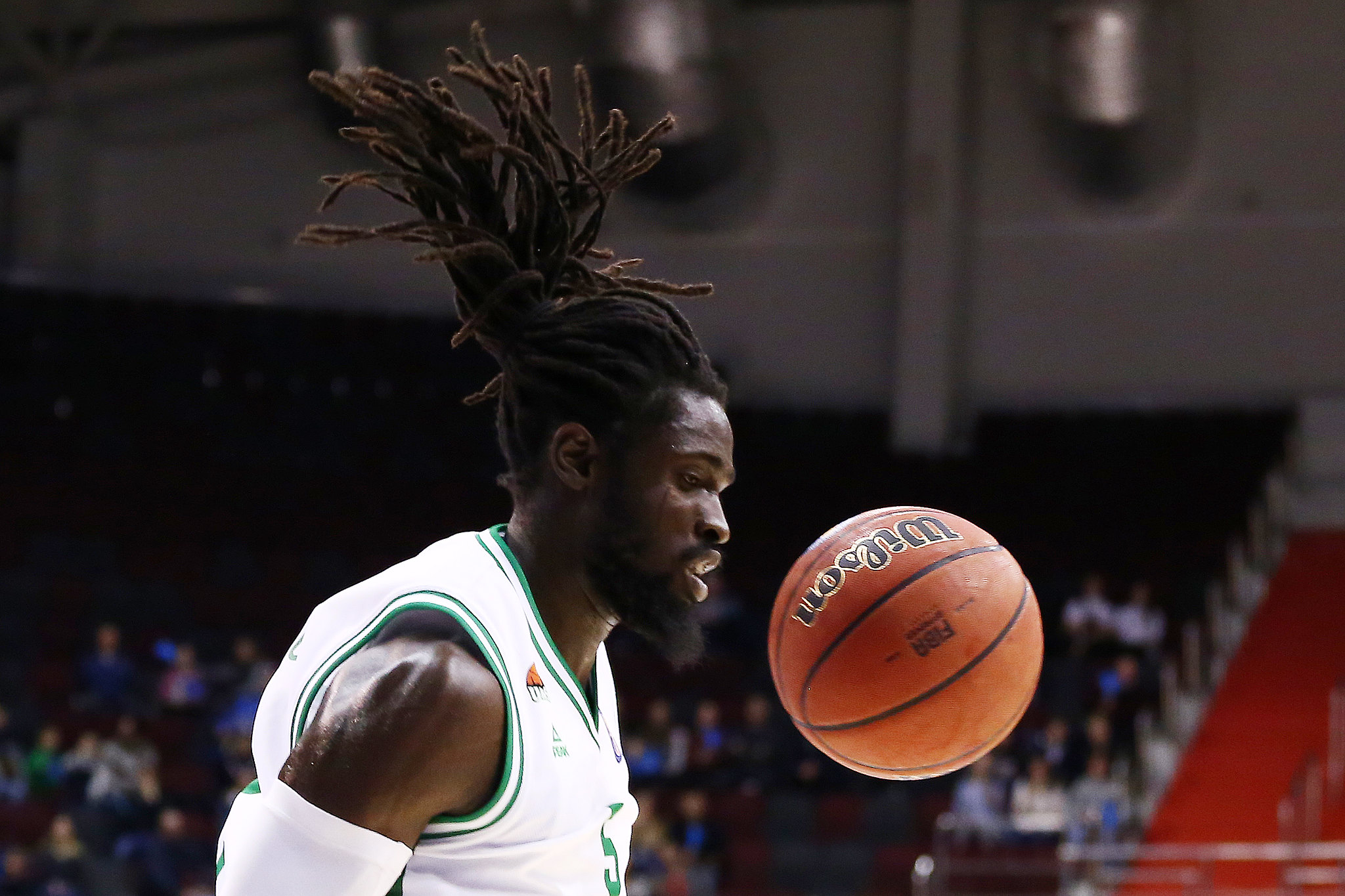 The Senegalese forward spent his second season in Kazan, where he improved in most statistical categories. You can’t dispute that he’s a key cog in the UNICS machine: Kazan went 14-2 with Ndour on the court in the regular season, 7-3 without. The forward spearheaded the defense, helping UNICS finish with the best numbers in the League. When Ndour was available, UNICS gave up 72.4 points per game, compared to 75 points without him. Not surprisingly, Ndour was named Defensive Player of the Year at the end of the season. 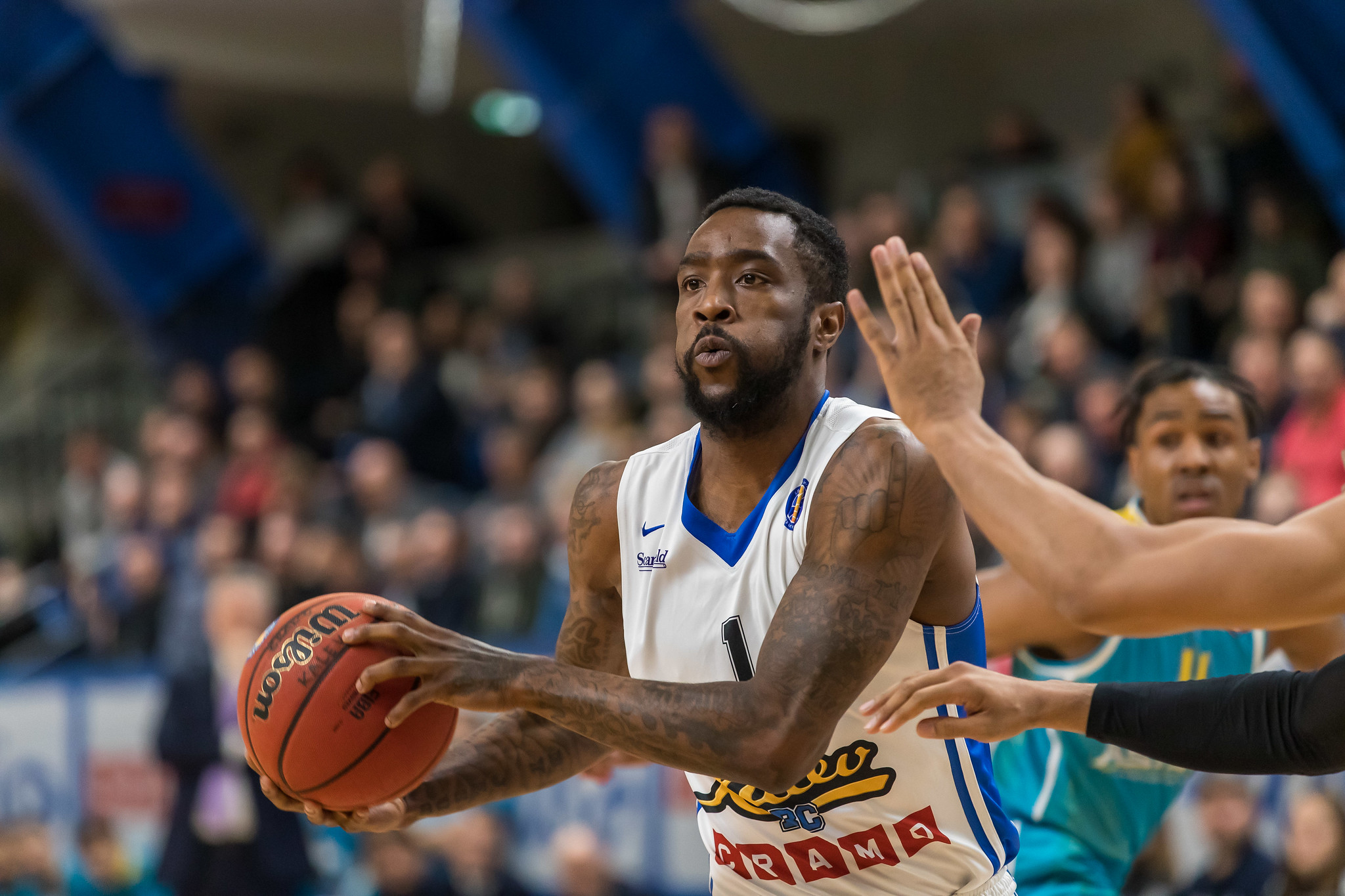 Why they’re heroes: Bringing a taste of the NBA to Estonia

Tallinn become the City of Brotherly Love during the 2018-19 season, signing a pair of former Philadelphia 76ers: Tony Wroten and Arnett Moultrie. The American duo successfully completed their European mission. Kalev made the highlights every week, but more importantly, the club enjoyed a historic campaign, advancing to the VTB League Playoffs for the first time ever. All thanks to Wroten and Moultrie. 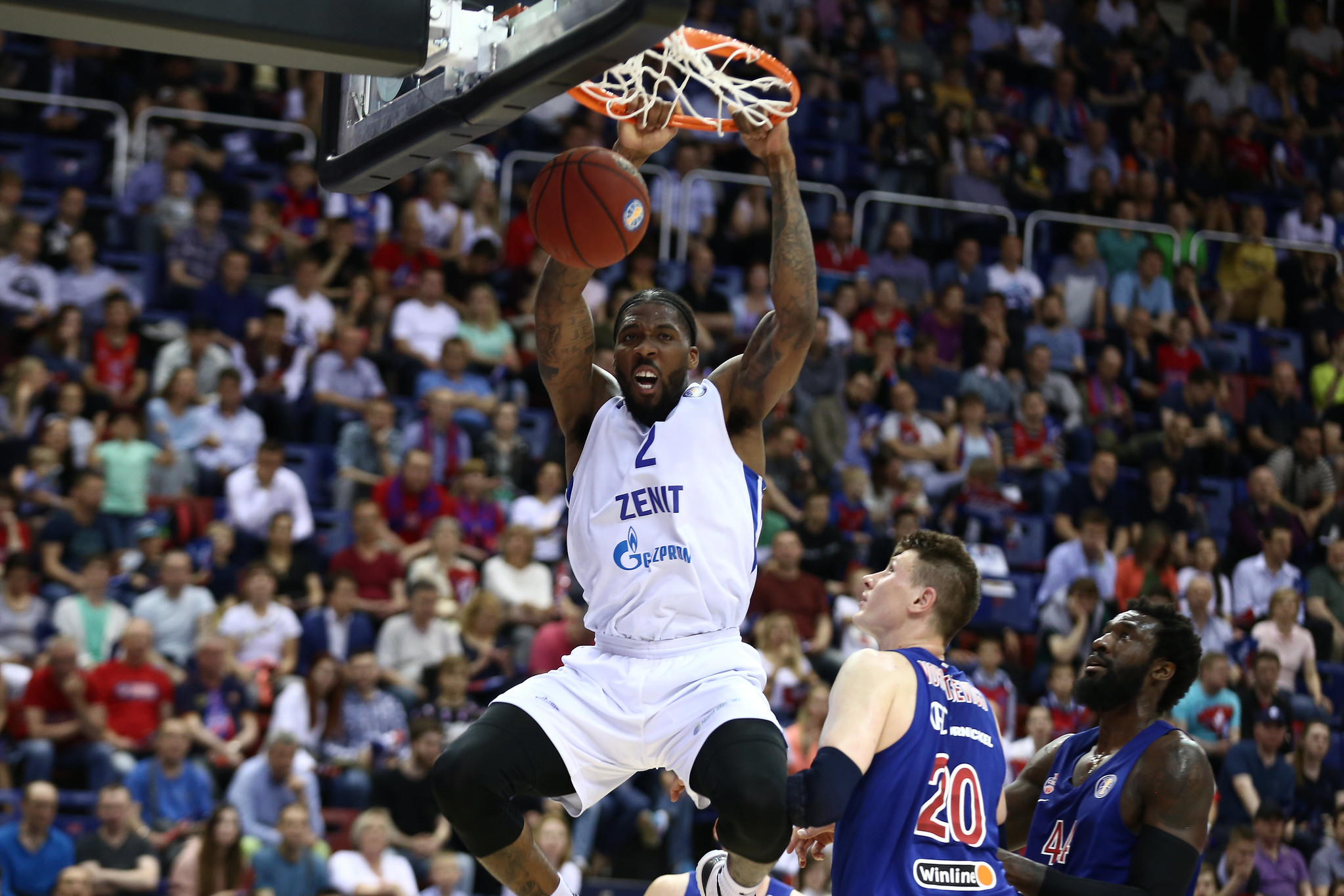 Jalen Reynolds was one of the most exciting players in the League this season. The center led Zenit in points (16.6), rebounds (7.9) and steals (1.3) and led the team to several memorable wins. Without Reynolds down the stretch, Zenit nearly fell out of 5th place, but he returned in time to lead the Blue, White, Sky Blues to a win over Astana.

He’ll be remembered for more than his stats, however. The center was one of the most eccentric players in the League, showing his passion on the court, before apologizing for outbursts later on Twitter. He frequently led the weekly highlights with his dunks and blocks and always wore his signature headband. Reynolds provoked a lot of reactions, but there’s no denying everyone will remember his 2018-19 campaign. 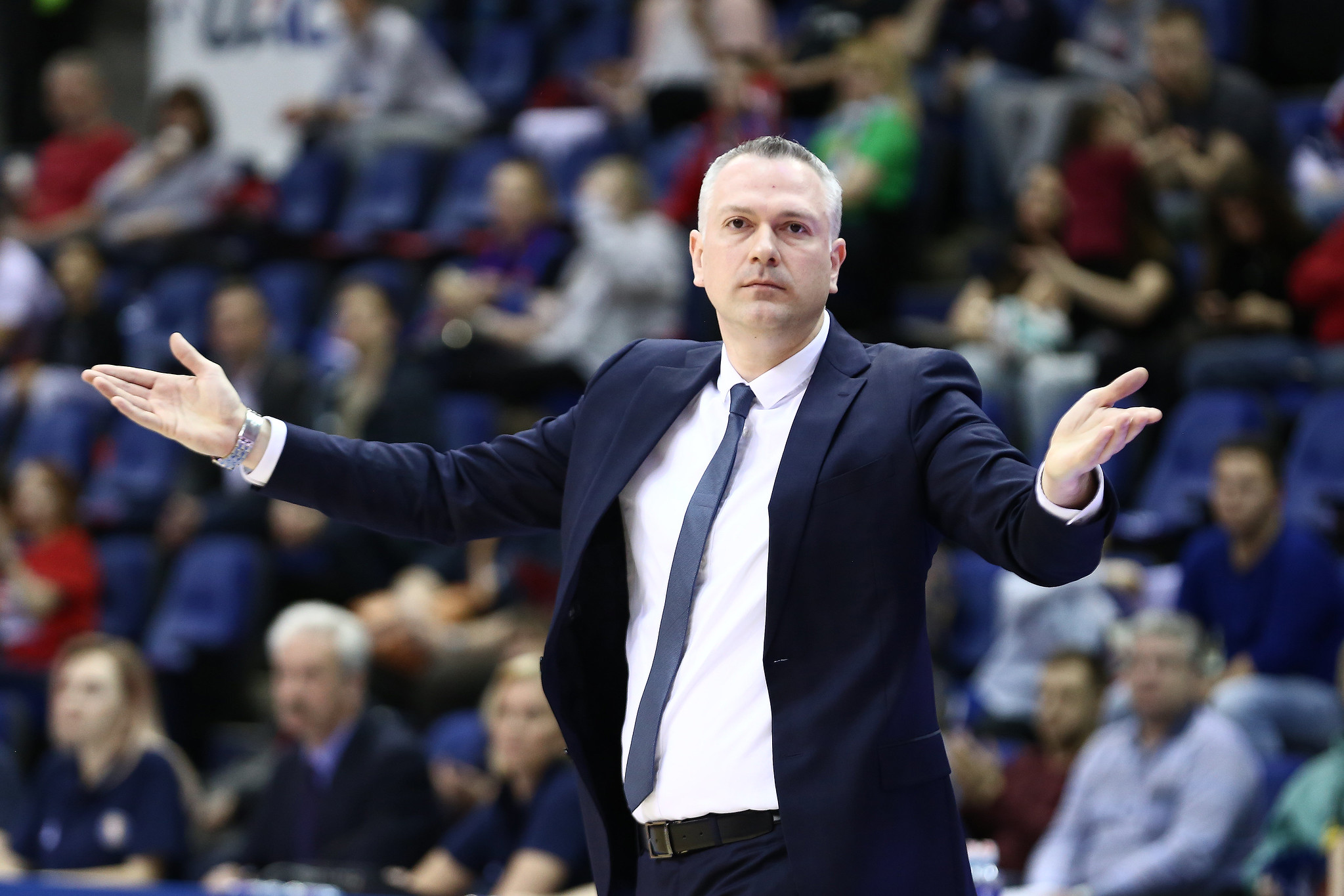 Stats: 15 wins in 29 games
Why he’s a hero: Led his Kazakh club to a historic season

Rajkovic drew a lot of praise this season. The Macedonian helped his team set a club record for wins and winning percentage in the regular season. Yes, Astana failed to play its best in the Playoffs, but the team has already extended the League’s Coach of the Year for another season. Emil Rajkovic set the bar high. Now everyone in Nur-Sultan is preparing for even better results next year. 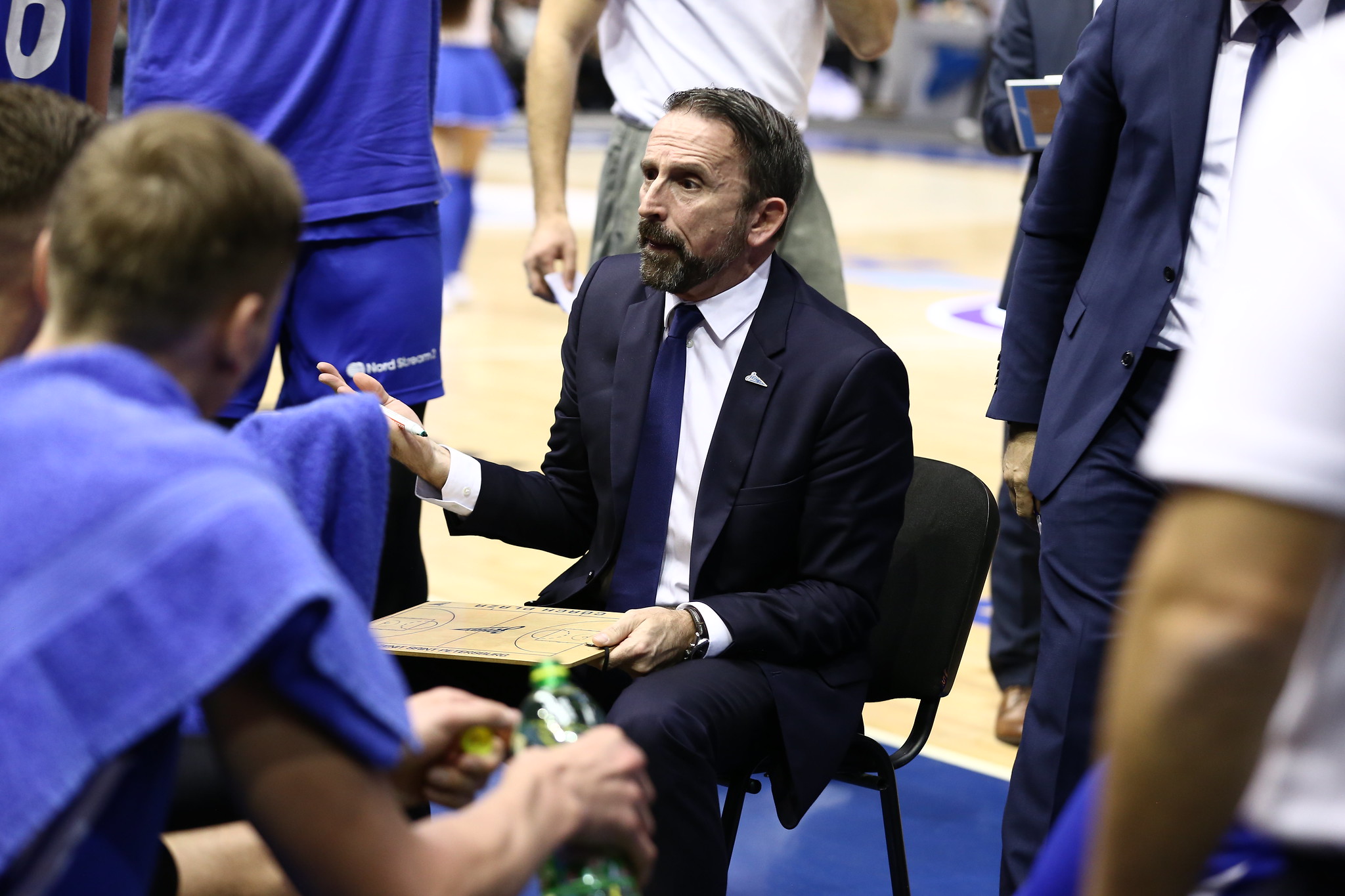 Stats: 13 wins in 24 games
Why he’s a hero: Revamped Zenit’s play and led them to the semifinals

Joan Plaza replaced Vasily Karasev as Zenit head coach, debuting in the League with a 23-point loss to Khimki. Over the course of the season, Zenit alternated winning and losing streaks, entering the postseason in 5th place. Once the Playoffs started, however, Plaza reminded everyone why he’s highly regarded in the coaching profession. Zenit cruised past Loko in the first round and gave CSKA a serious test in the semifinals, losing twice in the final seconds. Plaza will return to Zenit for another season and it will be interesting to watch how his team performs once he’s able to sign his own roster. 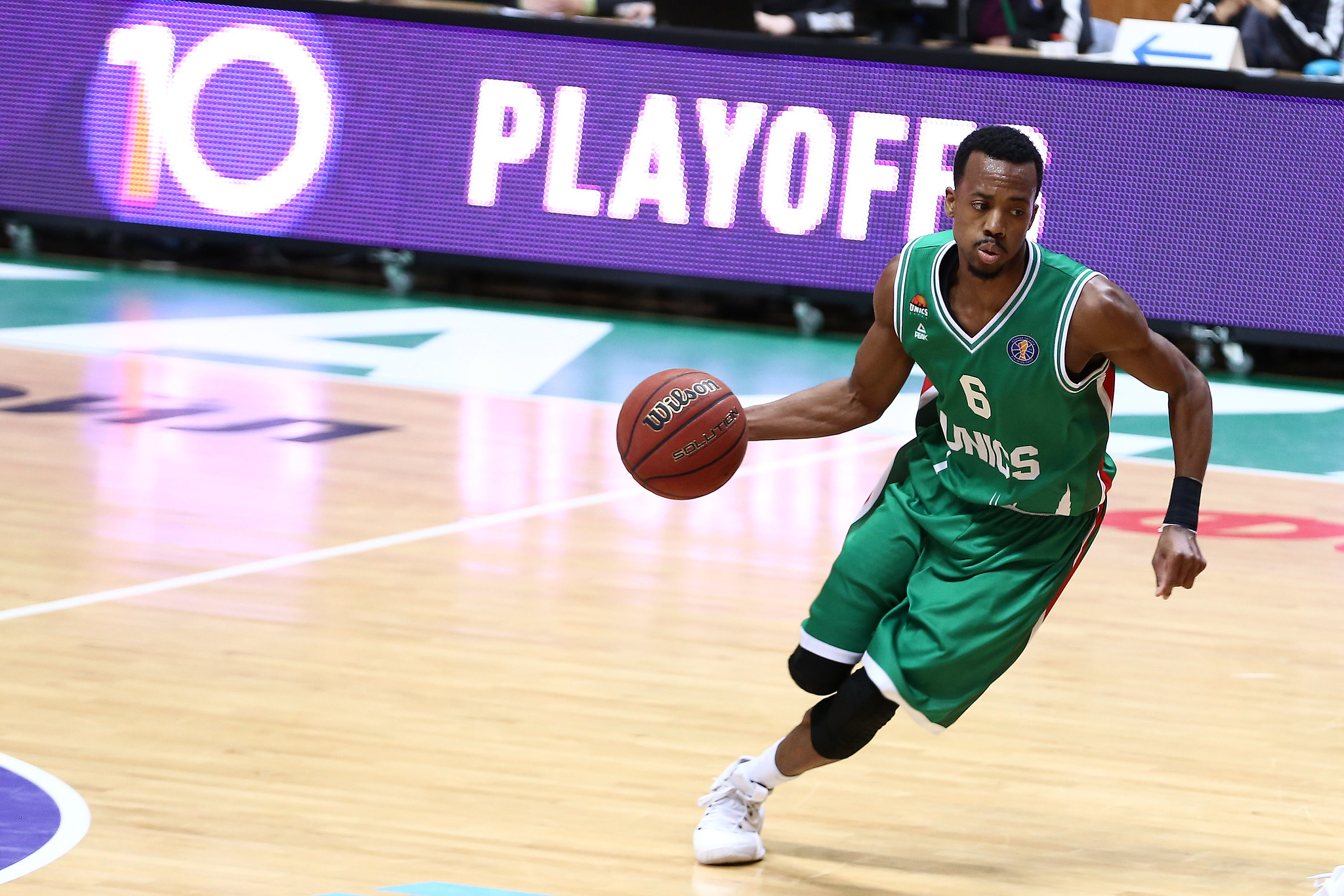 The older brother of Trailblazers’ star C.J. McCollum fit in perfectly with Dimitris Priftis’ system. The guard didn’t try to dominate the ball and shot 41.7% from downtown, while starting most games on the bench. His best game in the regular season came against Kalev: 33 points, 5-5 from beyond the arc and 12-13 from the field. He was also clutch in the first round vs. Kalev, leading the team at 23 points per game. He tried to lead the way again against Khimki in the semifinals and the Yellow and Blue had to work hard to slow him down. Even though he struggled in the final game of the series, McCollum was one of the best scorers in the VTB League in Season X. 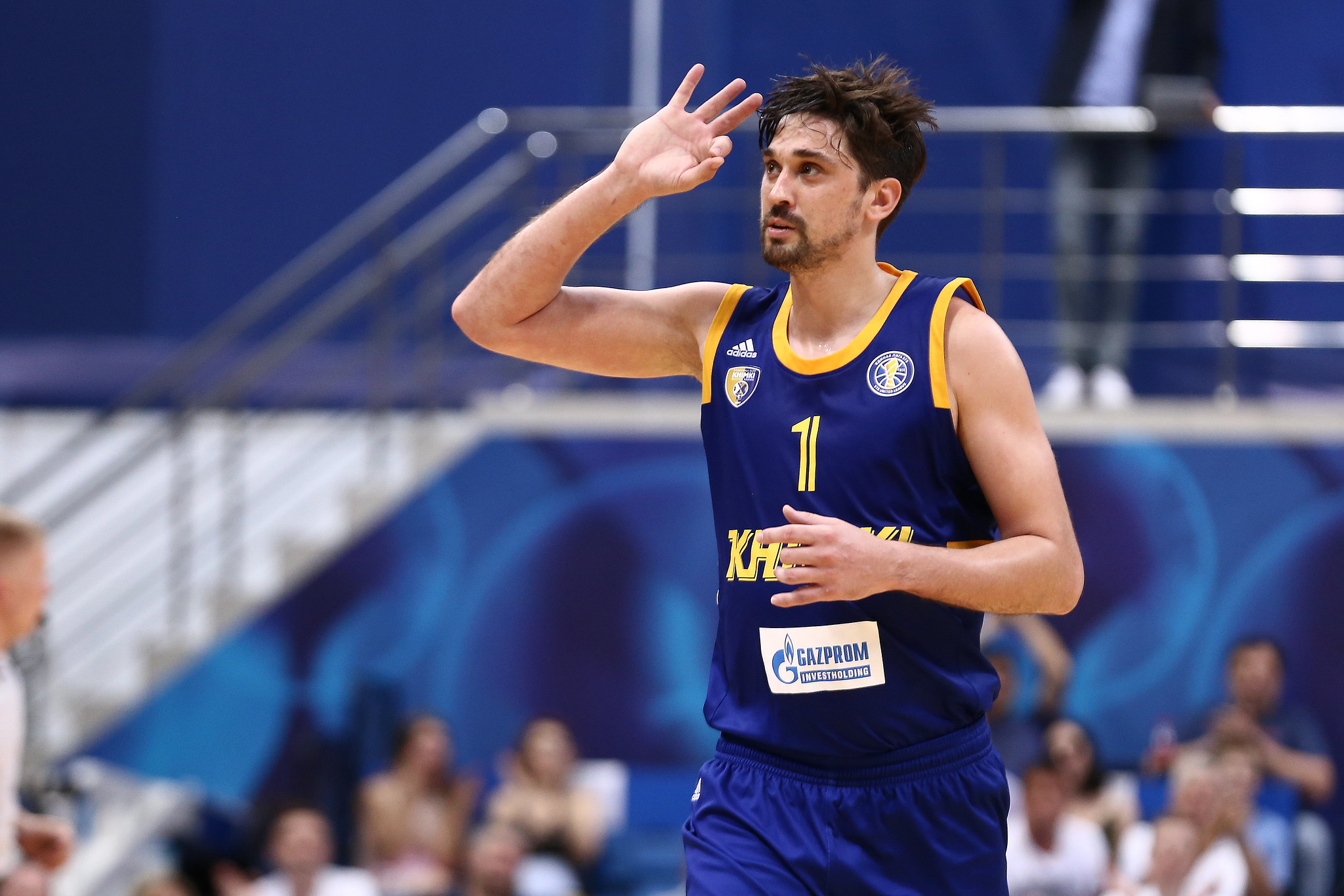 In many ways, Alexey Shved enjoyed the best season of his career. He set career highs in points and assists, while turning the ball over less often to go with a personal-best 37 points in one game and #1 spot on the all-time League scoring list (2,677 points). The guard clicked with his teammates this season and his full-court assists frequently made the highlight reels. Khimki went 14-1 with Shved on the court and he was the no-brainer for MVP, helping the team finish in 3rd place.

But injuries clouded his season along the way. The first setback kept him out for nearly four months, forcing him to miss the All-Star Game and dooming Khimki’s 1st-place hopes. Khimki went a mere 6-5 without Shved. The second injury erased any intrigue in the Finals: The Yellow and Blue went down 3-0 to CSKA without their star. 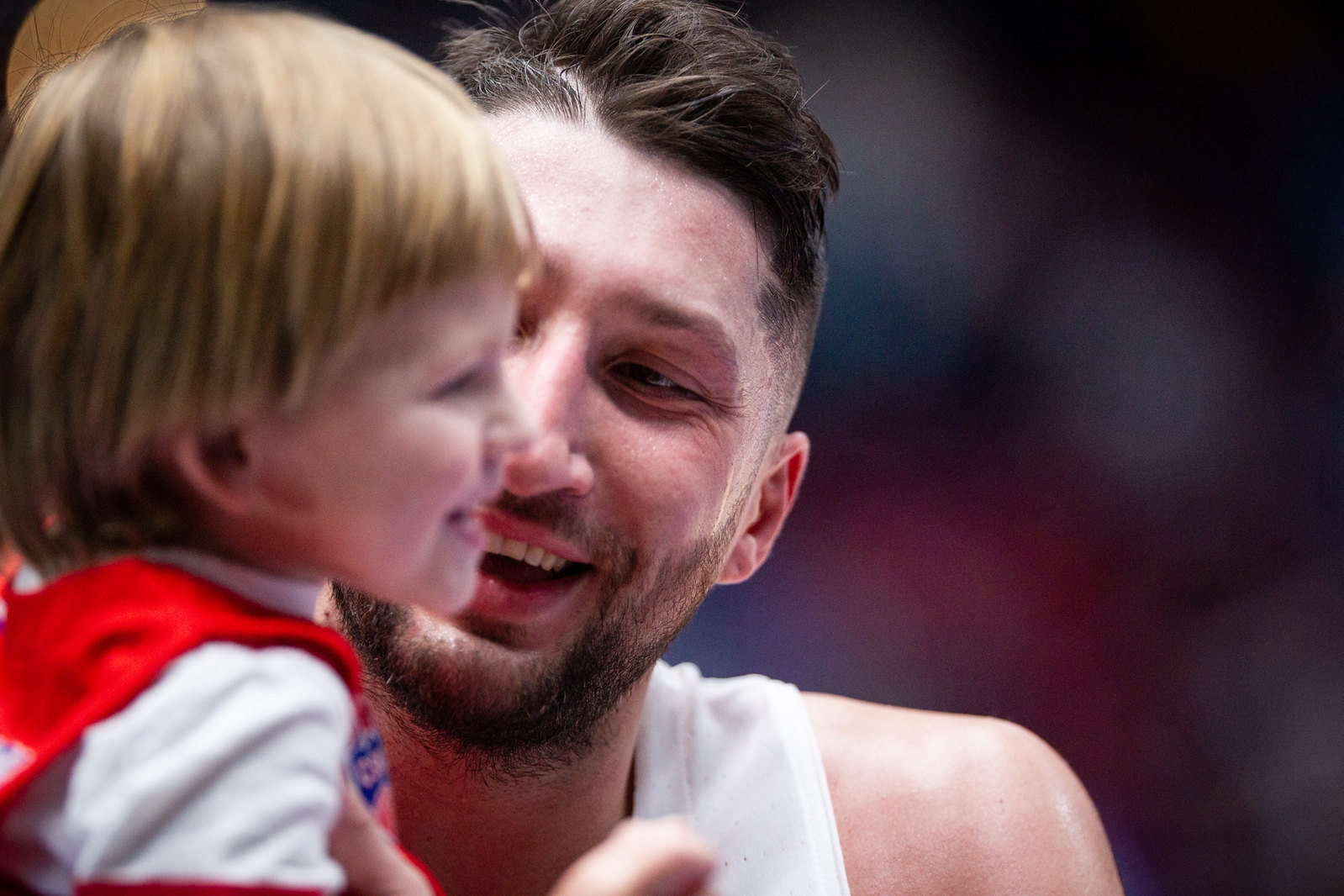 Nando De Colo, Sergio Rodriguez, Kyle Hines, Cory Higgins, Will Clyburn: CSKA has so many stars that Nikita Kurbanov is often overlooked. The forward did not put up crazy numbers in the regular season and did a lot of the dirty work for Moscow as his teammates enjoyed the spotlight. But his playoff stats were better than his regular season numbers. During the postseason, Kurbanov shot more frequently at a higher percentage, increased his presence on the glass and almost always shut down his opposite number on defense. Not surprisingly, Kurbanov won the Playoffs MVP. His award is somewhat reminiscent of Andre Iguodala of the Warriors, who got the MVP during San Francisco’s first title run in 2015.