Story
CSKA and PARMA met for the second time in 9 days. Last week the Red-Blues beat Perm with 40-point advantage in Gomelsky Cup Final, however, this time it was clear from the very beginning that guests were going to fight with the favourite. Ural took the lead after Eigirdas Zukauskas three (8:3) and via his and Boris Savovic makes led almost all first quarter long. CSKA wasn’t behind and took the control over the game after Nikola Milutinov actions under the basket winning first quarter (26:25).

First 5 minutes of the second quarter were very calm (9:4 in favour of CSKA), but then Red-Blue deadeye army joined the game. Joel Bolomboy twice and also Johannes Voigtmann and Darrun Hilliard let Moscow speed up and gain double-digit lead by the half-time (55:44). CSKA made 66% from the field and 77% (7 of 9) from downtown.

Just like the latest game in Astana in the third Mike James was on fire. The American scored first 9 team points, The Red-Blues enhanced the advantage (64:48). The third quarter was the best defensive quarter of the game, PARMA scored only 17 points. By the decisive quarter CSKA were up by 20.

6 minutes before the final buzzer CSKA still had 20-point lead – 87:67. At this point PARMA activated – 9 points in a row by Robert Johnson (76:91). Perm were on fire, felt the rhythm while relaxed Red-Blues started losing the advantage, time-outs didn’t help and individual actions of leaders James, Will Clyburn and Nikita Kurbanov neither. The guests found unexpected leaders Gleb Sheiko and Nikolai Zhmako who brought the team back to the game with accurate long-range shots – 91:92 with a minute left on the shotclock.

Key moment
10 seconds before the buzzer Sheiko drained extremely difficult contested three off the board – 94:93. After time-out CSKA answered with James’ complicated drive – 95:94. One more time-out, chaotic possession, Zhmako falling down but passes the ball to Maxim Grigoryev. Russian National team player created space after fake move and confidently fired from beyond the arch with 0.1 seconds on the shotclock. CSKA had no time to answer. PARMA started the season with a W and for the first time in franchise history beat CSKA!

Hero
Maxim Grigoryev. Everyone from Grigoryev – Sheiko – Zhmako deserves a hero title, they were the main characters of Perm comeback. Grigoryev hit a game-winner, if he didn’t all the efforts were useless. 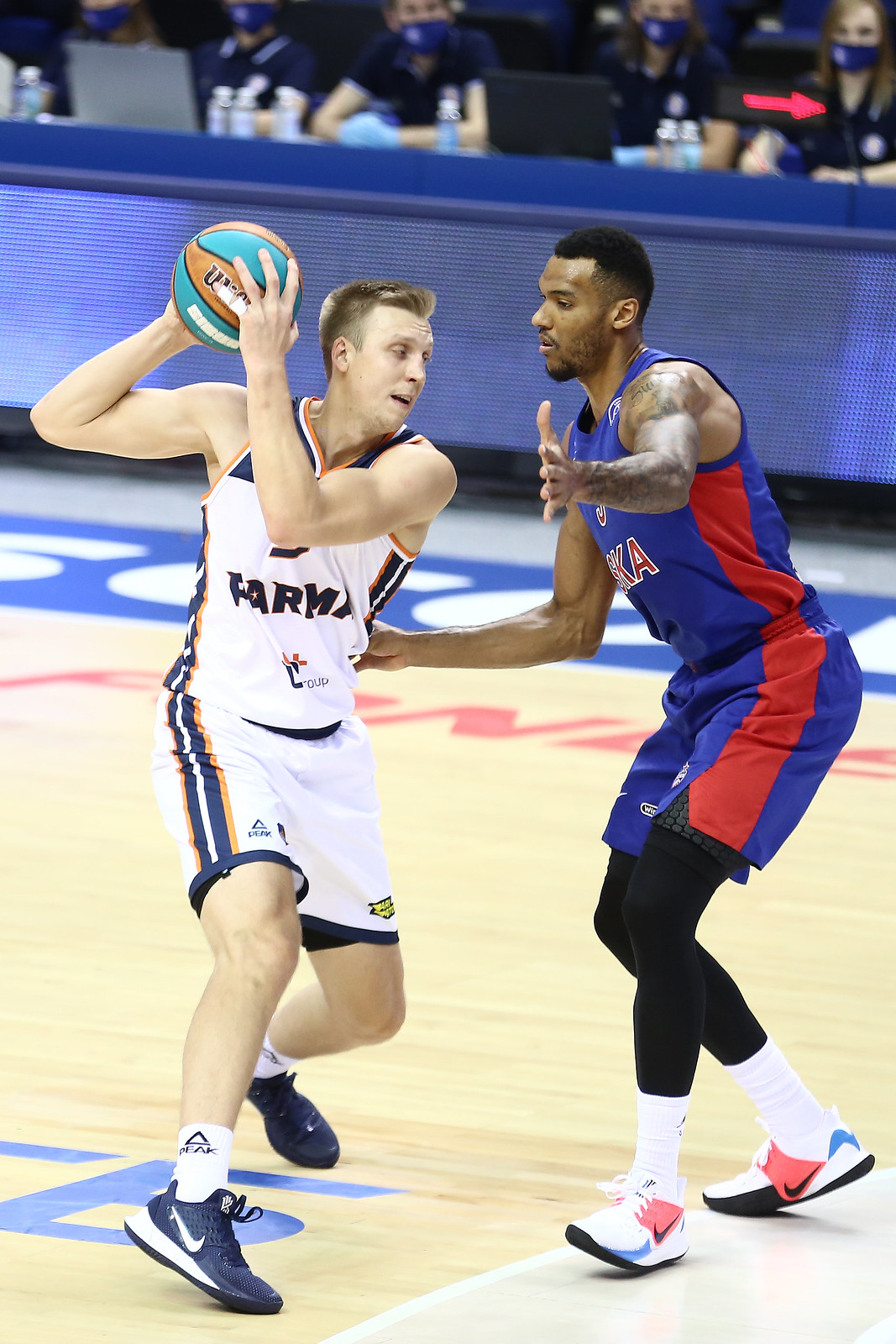