Khimki and Zenit opened 2020/21 season and played the first game since March when the championship was stopped due to pandemic. Basketball is back!

OFFICIAL: BASKETBALL IS BACK 😍

Having their rosters adjusted, the teams were preparing for the season in uncomfortable conditions. Furthermore, both lost players even before the start: Alexey Shved and Stefan Jovic were missing from Khimki’s side while Zenit didn’t have Kevin Pangos and Dmitry Khvostov. As expected, the first minutes were a bit chaotic, but Petersburg managed to take advantage step by step. Recently signed Denis Zakharov led the team with several field goals made. The guests also had their snipers working (5 of 11 distance shots in the first half) to secure the lead during the first two quarters. After it became clear that perimeter attacks don’t work, Rimas Kurtinaitis started using the big guys: Devin Booker and Greg Monroe. Zenit controlled the game and even reached 8-point margin twice in the first quarter, but Khimki kept close. 37:32 before halftime seemed legit, but 2 seconds before the buzzer, Anton Pushkov fouled on Janis Timma who responded with 3 free throws. Khimki were trailing by 2.

The game resumed with Zenit’s 6:0 run (44:35). Timma woke Khimki with a three-pointer. The third quarter revealed St Petersburg’s lack of first numbers as the quality of attacks deteriorated. Khimki faced the same problem thus the errors. However, Monroe’s energy and Bertans’ baskets allowed them to steal the lead – 55:51. Three free throws missed by Ponitka in the last moments made a symbolic recap for the quarter.

Another Zenit’s run marked the beginning of the fourth quarter. Alex Poythress brought energy to the team scoring by his individual skills. He was followed by Andrey Zubkov’s and one, and Ponitka’s drive. 2 minutes, 9:0, 60:55 on the scoreboard.

Key moment
Khimki’s time-out resulted in 24-seconds violations and “bad” 3-pointer by Timma. Zenit responded with two baskets by Billy Baron – 64:55. The hosts didn’t manage to turn the tables. Their first shot was made 4 minutes before the end of regulation. The blue-whites had made 16:0 run by that moment and controlled the game totally.

Hero
Billy Baron. As Zenit lacked point guards, the sniper helped organize the game (4 assists), but the main contribution was his boost in the fourth quarter. The American scored 11 points in the final period (Khimki scored 12).

Stat
20 turnovers by Khimki define the team’s condition with complicated preseason and lack of floor general.

Khimki head coach Rimas Kurtinatitis:
“It’s a shame to get beaten at home by a fierce rival who’d never been easy. We always want to use home court advantage even though we’d had problems with Zenit last season. We needed a miracle to win because preseason went really bad, probably the first time in my career. One of the problems is that injuries didn’t let us have a decent preseason game with full roster. We always had to add youth players to the five main guys. Looks like today we missed stamina.”

Zenit head coach Xavi Pascual:
“We’re happy to win. It’s a great way to start the season, but obviously we’re not ready yet. Both teams showed their character. First of all, I was glad to see our defensive work which allowed us to control the game more or less. We didn’t allow many points and had a great 4th quarter. We found right solutions, and again, we’re happy to win.” 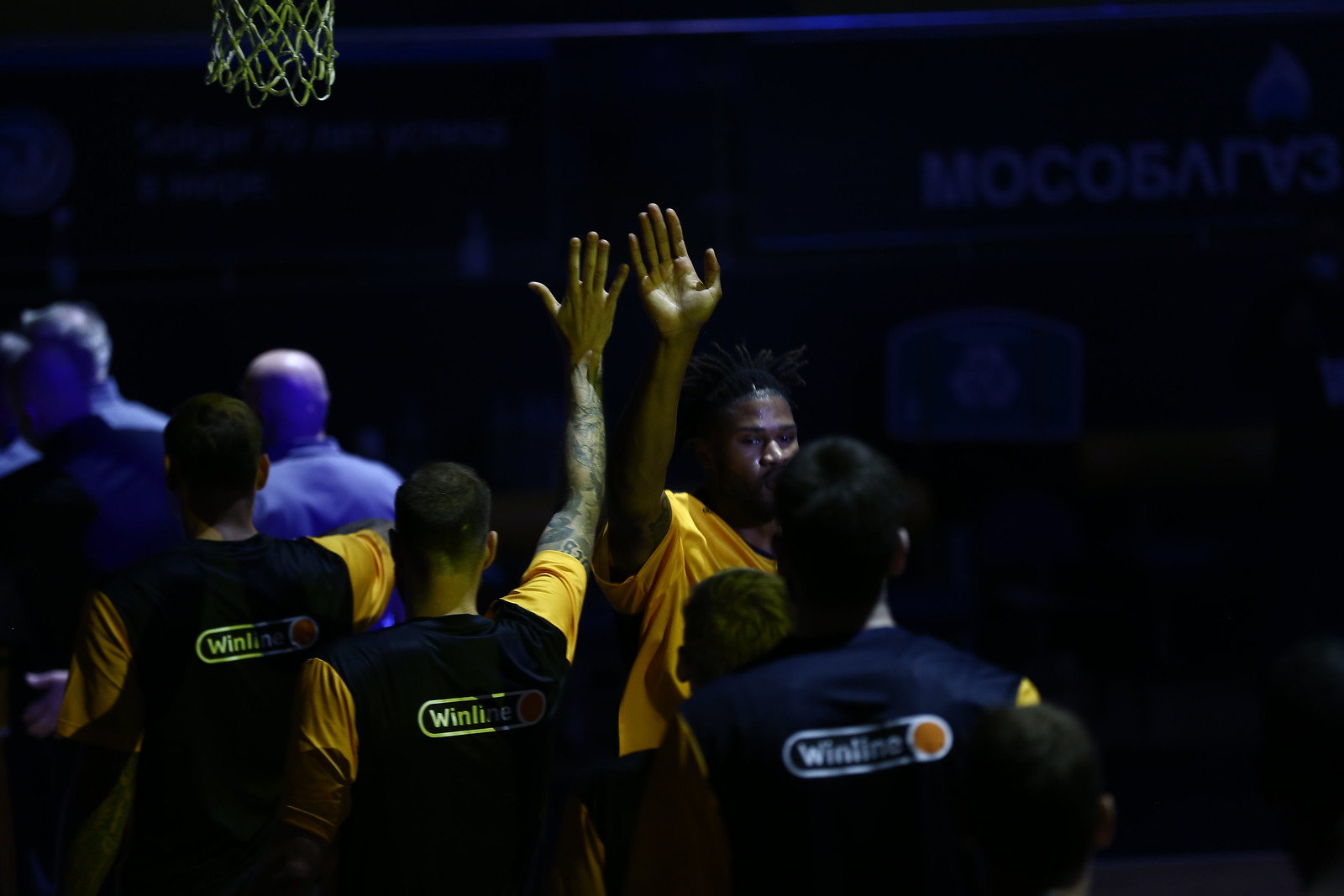