In November, in game in Tallinn Kalev beat Astana – 84:76. Kazakhstan crew wanted to take revenge, and the beginning of the game proved it: Vinales and rookie Tekele Cotton made 10-0 run and helped their team win starting quarter, scoring 16 points combined.
However, just after the break Astana took the lead – Stephen Holt hit three-pointer. The hosts could develop the success, but there were too many downtown shots. While Emil Raikovikj’s team was trying to find it from distance Kalev led by Kyle Vinales created a gap. But Malcolm Hill and Stephen Holt’s makes let Astana re-take the lead to the Half-time break – 39:37.

Jeffrey Crockett, are you crazy 😱

Janari Joesaar became the main hero of the third. Kalev’s forward firstly helped his team make 6-0 run just after the big break and scored 11 points in less than 10 minutes. Before the desicive quarter the guests were up by 4 – 59:55. Kalev managed to save the lead till the final minutes of the game, not letting Astana re-take the lead.

In the middle of the fourth Malcolm Hill equalized the score with 2 accurate free throws – 67:67. But in next 3 minutes Astana didn’t score a single point while Kalev via Vinales, Finke and Joesaar efforts increased the lead to +8. The hosts started the chase and brought the intrigue back: James Florence hit it from down town and cut the gap to just 1 point with minute left on the shotclock.
Astana even had a chance to take the lead, but another three by James Florence wasn’t accurate. Teams started to foul intentionally and Kalev won – 83:78.

Hero
Kyle Vinales. Kalev’s guard became the top scorer with 26 points. He added them with 9 assists, 5 rebounds and 26 efficiency points. 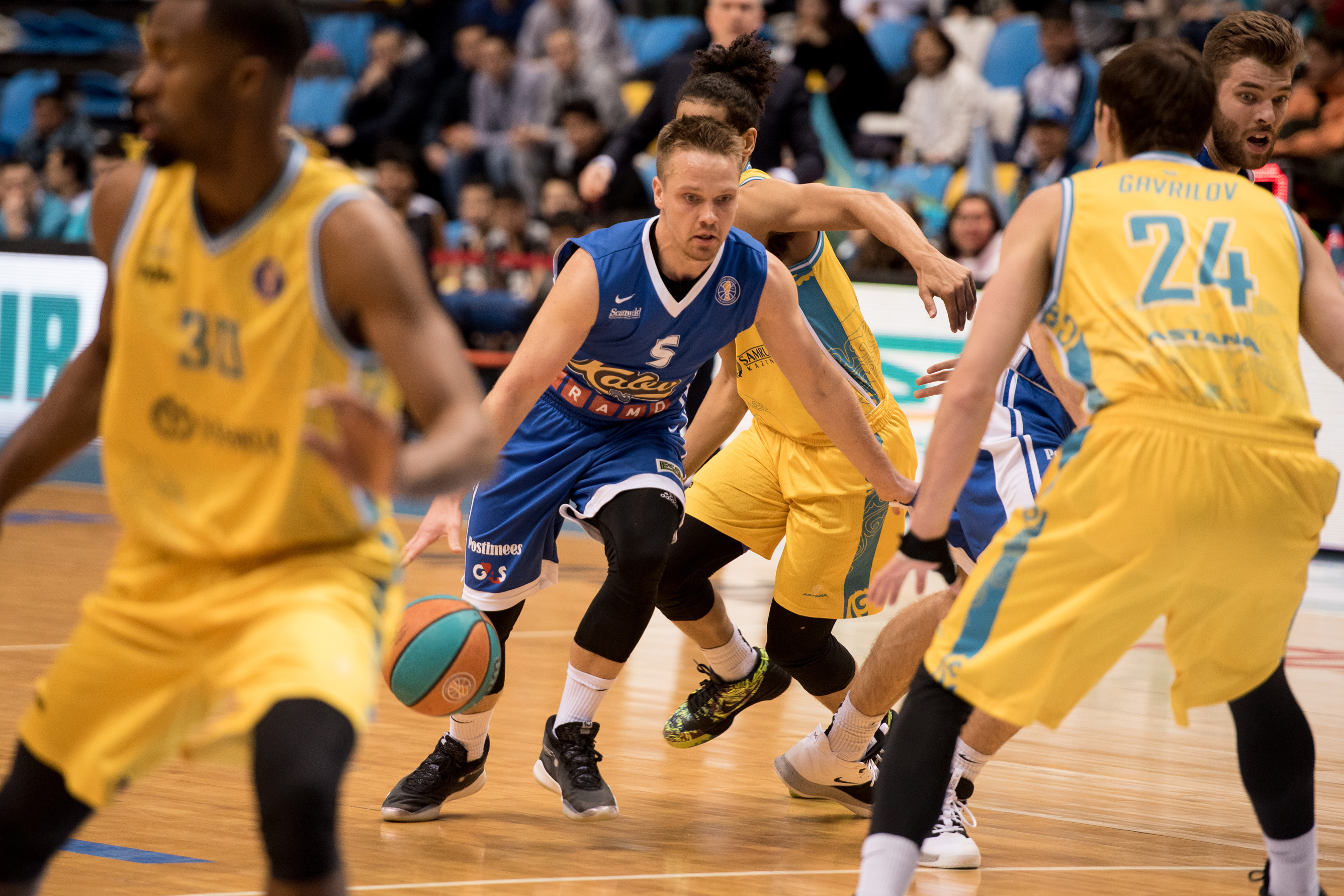