Story
The main Siberian star Davion Berry was absent that night. As he was absent Denis Zakharov was a leader. His 7 points let Enisey take the lead in the beginning – 9:6. Then Chavaughn Lewis supported his efforts. American’s accurate shots and Zakharov’s buzzer helped guests win first quarter – 24:18.

All third quarter long the teams were exchanging punches. Moreover, no team didn’t manage to make a decisive run. Siberians threes didn’t work as well as Evans and Booker’s dominance in the paint. As a result guests cut the gap, but Khimki’s lead remained double digit – 73:62.

Key moment
However, Krasnoyarsk managed to make favourite nervous. Aggressive defense supported by Hogue, Zakharov and Zubcic’s shots at some point let guests cut the difference to 6 points – 71:77. But the Siberians weren’t satisfied. 19 seconds away from the final buzzer lacking 3 points (87:90) Enisey players took the decisive possession. But key moment resulted in poor shot selection by Zakharov. Khimki used their mistake and made it to the win.

Hero
Alexey Shved in this game became a key factor of Khimki’s offense again. The guard scored 21 points but what is more important gave 9 assists. With the help of this he became the most efficient player of the game (23).

Stat
«+16» –  second quarter was decisive in this game and the only one won by Khimki.

Comments
Khimki head coach Rimas Kurtinaitis:
– In this game, we needed to solve several tasks. First of all to win. Secondly, give the leading players a break. And this in fact was done. We did not use Jonas Jerebko and gave a little time to Janis Timma, Sergey Monia played a little more with the fact that he did not played in previous games and we also found time for Egor Vialtsev. He is in our clip, but in the last games he overstayed. We solved this problem, although we overexposed Alexey Shved for several minutes, but this is how the game went. Shved played with pleasure and desire today, so I don’t see big problems in terms of distributing time to the players. The second point that bothers us is when we have to play a couple more minutes and we have a sufficient lead of ten or more points, we are still not sure that we are in control of the game and we will win. Today was the same situation. It’s good that we won, but I don’t like the way we won.

Enisey head coach Drazen Anzulovic:
– Congratulations to Khimki. We expected a game like this and knew that Khimki would be tired after two hard games this week. Of course, after the victory over Real Madrid in Euroleague, they were devastated both physically and emotionally, because when you win, you leave a lot of emotions. We wanted to spend the whole game like in the first quarter, when we were in full control of the game. It is clear that the opponent has a high-quality roster, and in the second quarter they began to act much better, with more motivation. When you allow 36 points in a quarter, you cannot be satisfied. In a half time break, I tried to get across to my players that in the second half Khimki would be physically drained, and we should comeback step by step. And we had such a chance, since everything came down to one possession. But we could not figure out the decisive offencive play and this is our problem. 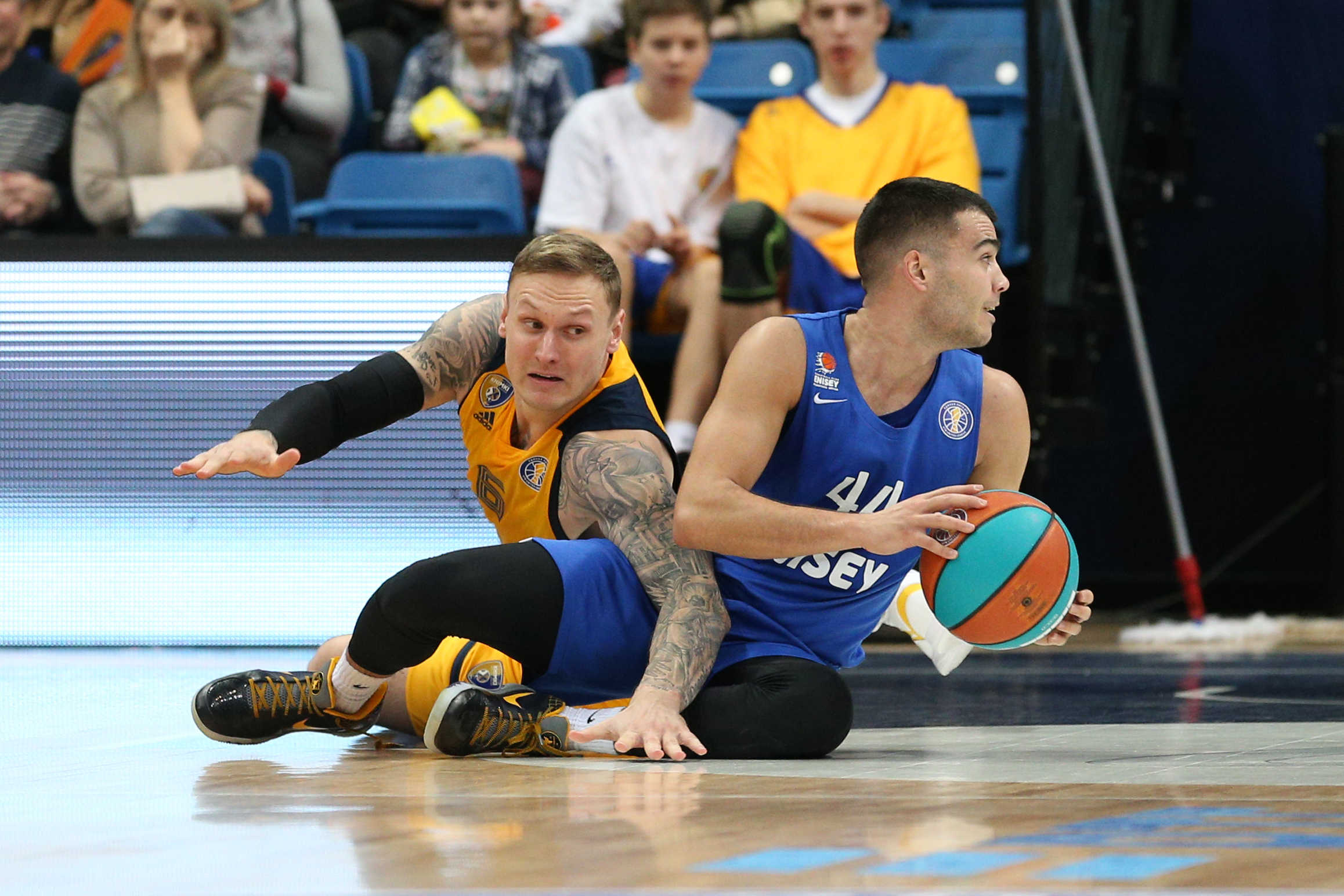