Story
It was a tough beginning for UNICS as Tsmoki made a 6:0 run and later had 12:5 lead. Two centers: Konstaninos Kaimakoglou and Artem Klimenko helped Kazan level the gmae. In the end of the second quarter the guests started to gain the lead as Erick McCollum played the key role. His 8 points in a row (including a 3-pointer and one) allowed UNICS to meet the halftime break at 43:37.

Tsmoki were not there to surrender as Alexandre Gavrilovic and recently signed Robert Lowery were active on the court cutting the margin down to 4-5 points. The guests, however, had something to answer – be that McCollum’s drive or Pavel Sergeev’s 3-pointer or Kaimakoglou’s power. UNICS were leading +7 by the end of the third quarter (64:57)

Key moment
McCollum with another drive made the differential critical for the Dragons – 70:57. Nonetheless, Minsk proved themselves fighters: Dominez Burnett and Maksim Salash gave their fans a hope with a 10:0 run. Last minutes were intense, with a series of tactic fouls. 10 seconds before the buzzer, McCollum missed one of the free throws, Branko Mirkovic immediately was fouled on at a three-pointer and minimized the margin – 82:80. But this was the Dragons’ last success as Vangelis Mantzaris finalzed UNICS’ victory.

Hero
Erick McCollum. The American sniper made a difference in the game scoring 33 points as the second scorer Dominez Burnett had only 17.

Stat
46 UNICS’ points (more than a half) were scored by Erick McCollum (33) and Vangelis Mantzaris (13). They were the only Kazan players to hit 10-points level.

Comment
Tsmoki-Minsk head coach Rostislav Vergun:
We were aggressive in defense, but allowed two key shots in the clutch. Basketball is a team game that features micro-duels. Today, we lost the one to McCollum, he had to much freedom on the court.

UNICS head coach Dimitris Priftis:
Tsmoki is a tough opponent with a balanced roster and good teamwork. We came here with a list of injuries and problems, so this victory was hard. Congrats to my players. 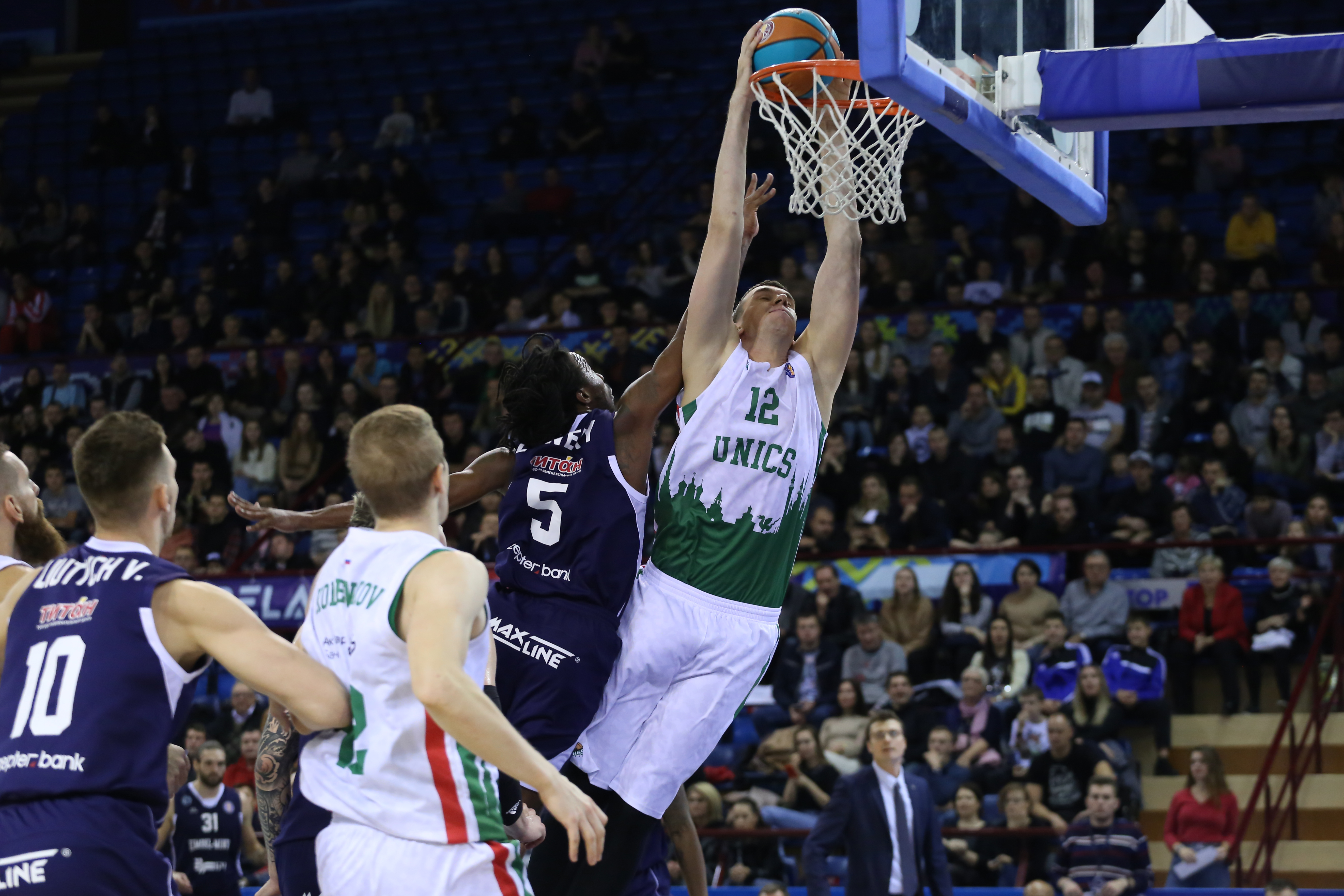