Story
From the very first minutes of the game it became obvious that it is going to be a tough game.
During the whole first quarter Kyle Vinales was torturing the defence of the host team, and almost at the end of the quarter Aigars Skele scored 5 points in a row and helped Kalev to take the lead – 21:19. The second quarter was even tougher: competition between two teams was really close, and Nizhniy Novgorod only was 4 points ahead their rivals – 31:27. Even though, teams went to the halftime break witn Kalev as a leaders, due to the made three-pointer by Kristjan Kangur at the very last minute of the quarter.
Third quarter also wasn’t a game changer, Nizhnyi Novgorod was trying its best to save the game, but performance of Aigars Skele and long-range shots by Kristjan Kangur and Martin Dorbek were throwing hosts back to 4-5 points behind. Teams came to the last quarter with Kalev as a leader: 54:50.

Key moment
The last quarter started discouraging for Zoran Lukić and his team: unstoppable Aigars Skele and Kristjan Kangur did their best and Kalev outscored Nizhniy Novgorod for more than 10 points (64:53). But overall hosts showed their team spirit – especially Brandon Brown. His 11 points in 4 minutes helped hosts to fight to the last. They could have even won the game, but Brandon Brown missed his chance to become the hero of the match and missed the shot from beyond the arc. Kalev get its first W in the season.

Hero
Aigars Skele. The Kalev’s guard was scoring with a great percentage (64% FG), helped his team to keep the dominance in third quarter and has become the MVP of the match.

Stat
Kalev scored 19 points of turnovers. In total, Kalev was more careful with passing the ball and committed only 8 turnovers while their rivals committed 15.

Comments
Head coach of Nizhniy Novgorod Zoran Lukic:
“Our rival fully deserved this win. Their will to compete can’t be compared to what I have in my team, that is why they won. Before the game I said that everything is going to depend on us – and that is exactly how it turned out. Only during last 7 minutes we showed offence of the VTB League level. During last time out we agreed on one point, but my players have decided to make another decision. We already had tough talk about it.”

Head coach of Kalev Roberts Stelmahers:
“I’m really proud of my team. Guys were believing in themselves and were playing exactly as we planned until the final buzzer. Our new playmaker Kyle Vinales managed to attend only one training and one game, maybe he was not completely understanding our chemistry. But in total, he helped us a lot. I think that without centers we did our best and played as a true team.” 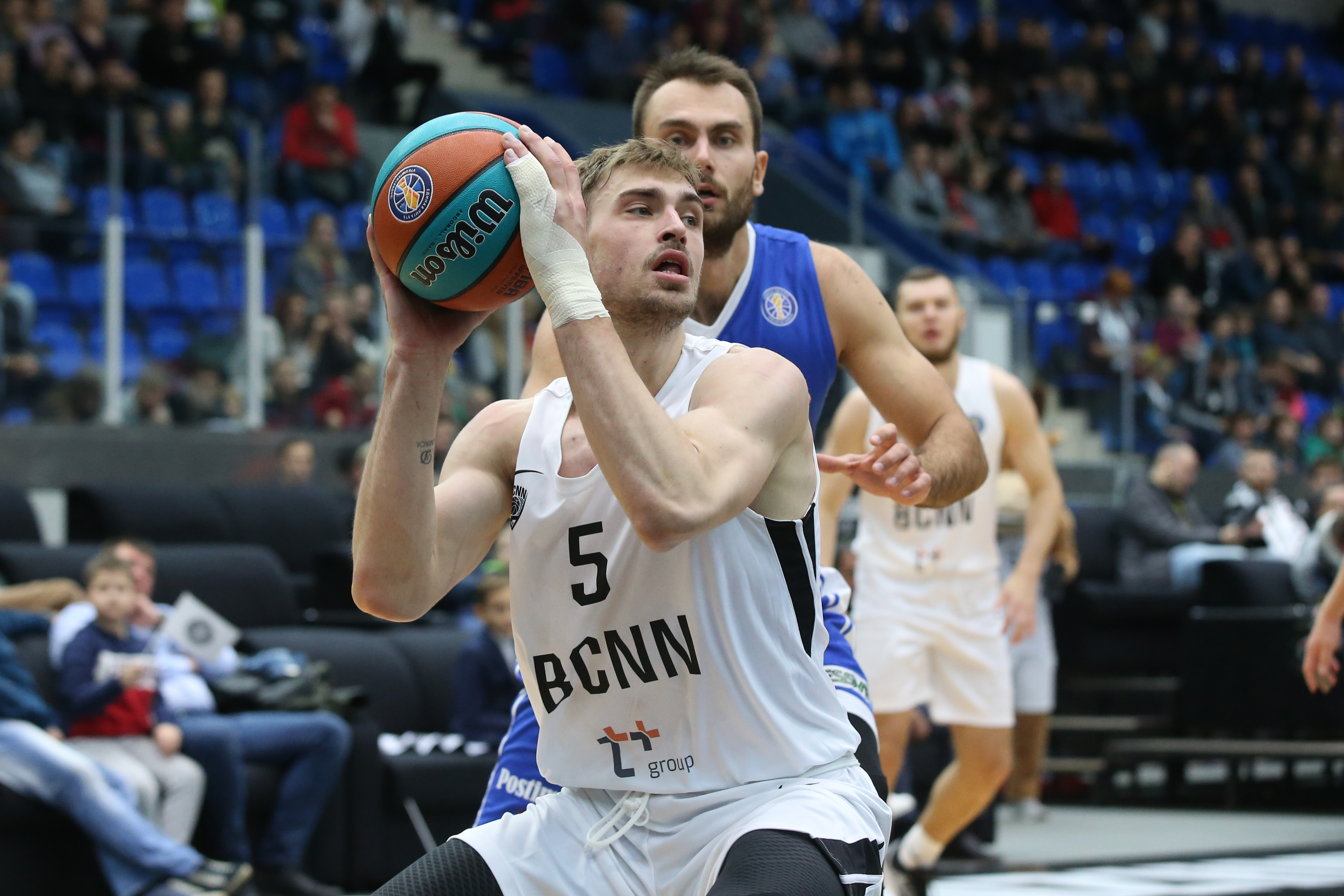