Story
Khimki made quick work of last-place Tsmoki-Minsk on Thursday evening in the Belarusian capital, pouring in 62 first-half points to take a commanding 18-point lead at halftime.

Vladimir Mihailovic was everywhere for the home team, recording 21 points, six rebounds, five assists and three steals, and Tsmoki actually outscored Khimki in the second half (48-46), but it was too little too late.

The Belarusians never got closer than 11 in the second half (85-74 with 8:50 remaining in the 4th), allowing Khimki to close out its 18th win of the season and draw even with 2nd-place UNICS in wins.

Quotes
Tsmoki-Minsk head coach Rostislav Vergun: “During my discussion with the guys, I reminded them that the 11 guys on our roster combined average 62 points. The 12 players on Khimki’s roster combine for 104.7 points. We started the game with a 42-point handicap, if you believe the stats. I want every player to be a hero on the court. At least perform a small basketball miracle. If he can surpass his season average, that gives us a chance to compete against a stronger opponent. Today, even though we surpassed our season average, I think we could have played much better.”

Khimki head coach Rimas Kurtinaitis: “We played okay, but I’m especially unhappy with the 4th quarter since I wanted to give everyone playing time. After leading by 28, we let our opponent get back in the game and cut the deficit to 10. After that we brought the right roster back on the court and pulled away again. Nonetheless, I’ve got some questions for a few players. Tsmoki competed to the end and played with heart, as it should be in pro sports. I wish them success.” 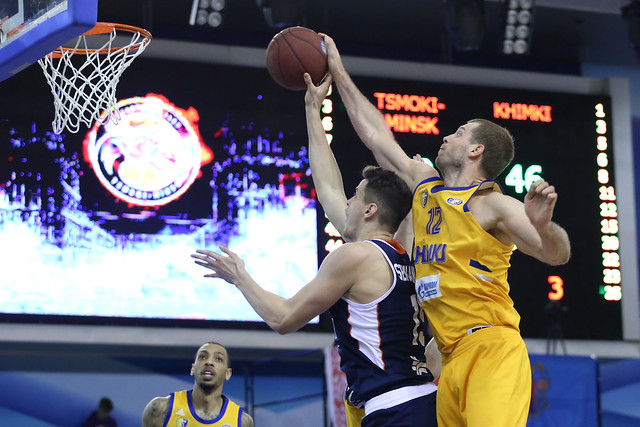