Story
Zenit overcame a slow start to upset 2nd-ranked Khimki and notch its fourth-consecutive victory in the League.

St. Petersburg was led by Marko Simonovic’s 22 points (4-6 from beyond the arc), including a huge go-ahead triple in the final minutes of the game.

After Jordan Mickey single-handedly erased a 79-72 deficit, tying the game at 79-79 on a dunk with 3:22 remaining, Simonovic answered with a clutch 3 at the other end and the home team never trailed again.

Zenit stormed back with a 15-2 run, including the first 10 points of the 2nd quarter, highlighted by back-to-back 3’s from Sean Armand and Marko Simonovic.

The score stayed close until midway through the 4th when Philip Scrubb and Jarod Uthoff broke a 72-72 tie with consecutive 3-pointers and St. Petersburg went up by seven.

Mickey tried to rally the visitors, but it was not enough as Zenit hung for a second-straight win against a top-two team.

After falling to 5-5, Zenit is now 9-5 and only half a game behind Lokomotiv-Kuban for 4th place. Khimki drops into a tie with UNICS for 2nd place at 12-3.

Stat
1 – Zenit is the only team in the League with wins over Khimki and CSKA.

Quotes
Zenit head coach Joan Plaza: “We lost to UNICS recently with the same problems; today we beat Khimki. Unfortunately, we still have a lot of ups and downs, but we are trying to fix it. I’m grateful to the guys for their play. We committed seven turnovers in the 1st quarter and the same amount over the next three quarters. In other words, we made the right adjustments. I told the guys not to think about the injured players and enjoy the game.”

Khimki head coach Rimas Kurtinaitis: “Congratulations to Zenit on a deserved win. I think we lacked focus in certain moments. Zenit is not the biggest team, but we let them grab 13 offensive rebounds. Plus, we lacked depth today. I want to underscore that we do not treat competitions differently. For us, each upcoming game is the most important one.” 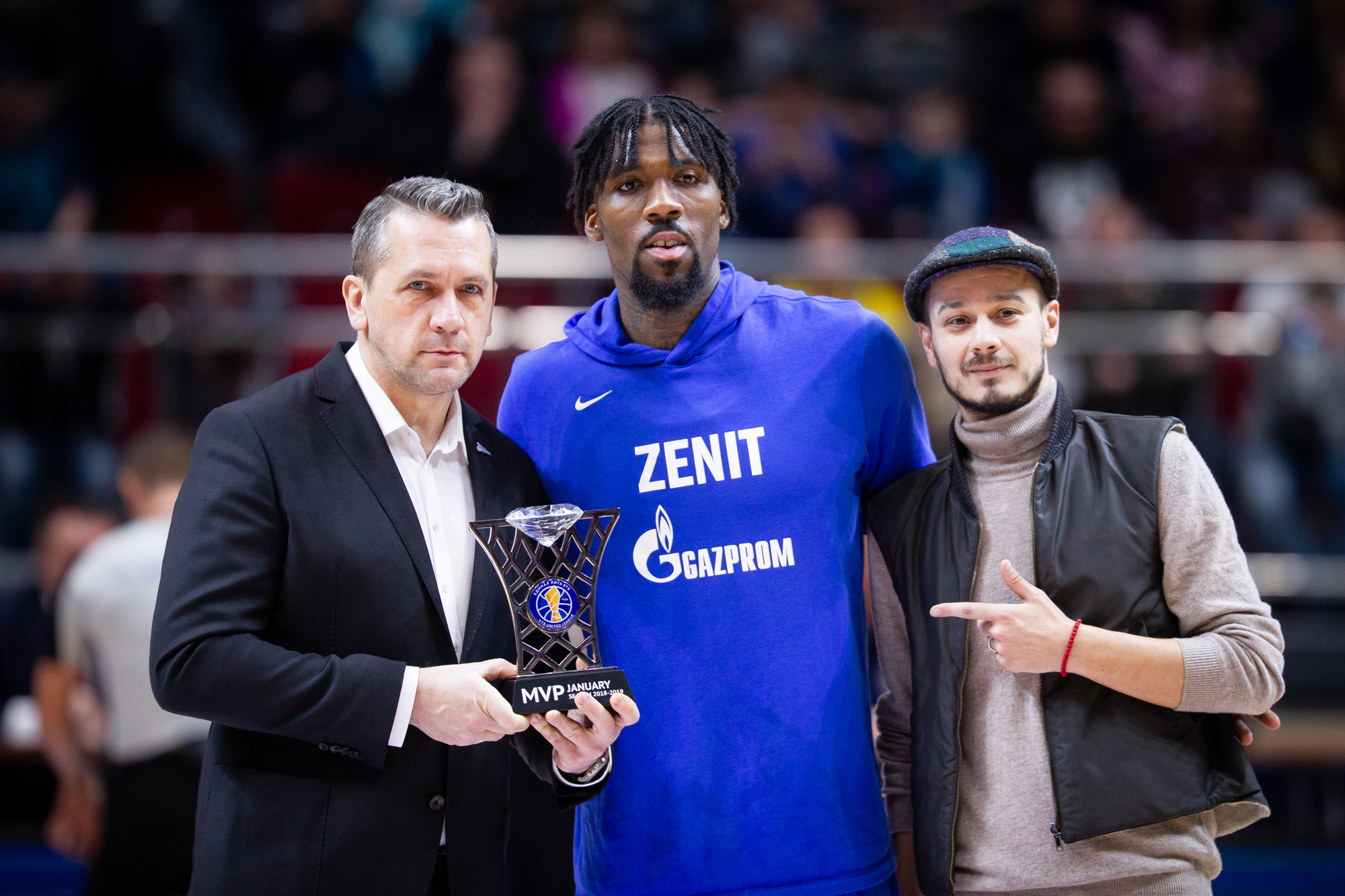